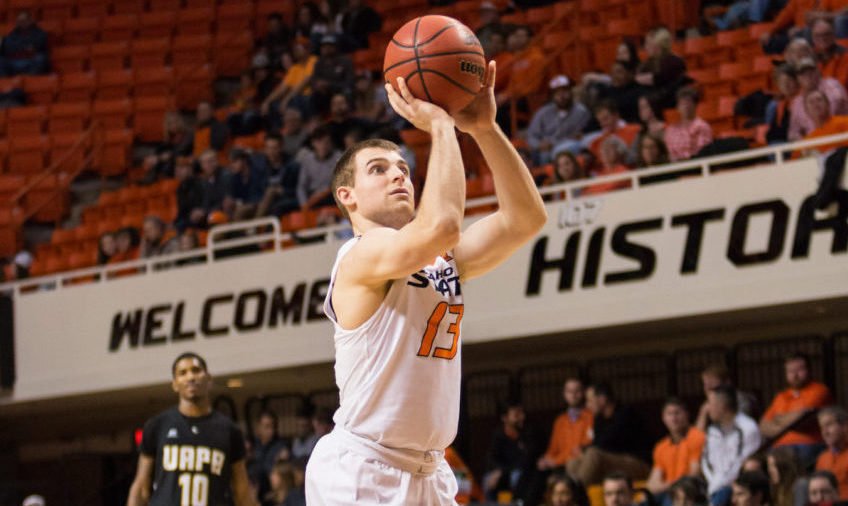 A big reason for this? Free throw shooting. Oklahoma State set a school record when it shot a perfect 22-22 from the charity stripe on Saturday against Texas Tech. For the year, the Cowboys are third in the NCAA in free throws made, behind just BYU and Ole Miss. Additionally, the Cowboys are sixth nationally with a 78.2 percent free throw shooting percentage, easily the highest in the Big 12.

Their conference-only number is even better.

Why is this important? As Oklahoma State heads into the last two games against Iowa State and KU, the Big 12 tournament, and the NCAA Tournament, they will be in locked in close game after close game.

But Oklahoma State will have a distinct advantage over almost any opponent in crunch time with their starting 5 on the floor, without having to sacrifice size for shooting-

That’s a huge problem for a team playing the Cowboys. If you’re down late in the game, even in a close game, there is no good Cowboy to foul. It’s similar to a baseball team having a bullpen full of aces past the seventh inning. If you can’t have Trey Cobb, you can’t do much better than this dude as your closer.

Wherever Oklahoma State lands as a seed in the NCAA tournament, some unfortunate higher-seeded team is likely to catch the Underwood-coached Cowboys that are superior offensively and has developed a knack for closing down close games at the free throw line.

The Cowboys are not a team without weaknesses, but they carry several extreme strengths, and their free throw shooting may quietly be their most valuable asset.