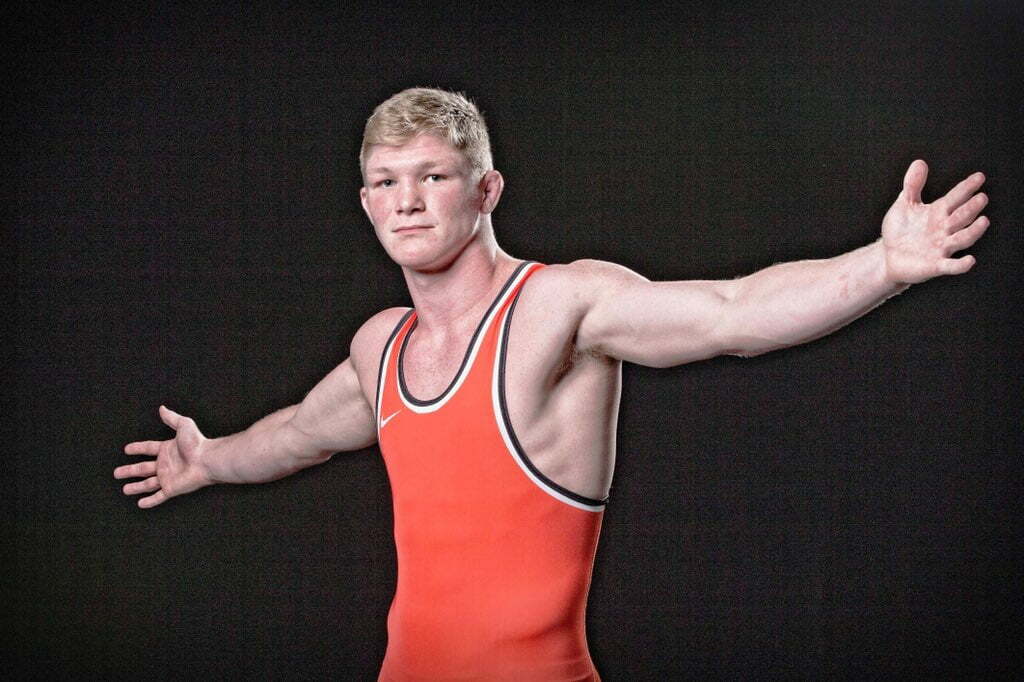 Last week Oklahoma State received a commitment from the most coveted prospect in the 2020 class as AJ Ferrari announced he’d be bringing his talents to Stillwater.

Something that could get lost in all of this is that OSU will also have the No. 2 overall recruit for 2020 coming to Stillwater. Dustin Plott, who committed to Oklahoma State a year ago this week, ranks just behind Ferrari on FloWrestling’s 2020 prospect list at No. 2. Plott was ranked 4th at the time of his commitment and even achieved the overall No. 1 prospect ranking at one point not long after.

While he was still a sophomore in high school Plott was beating college wrestlers! Here he knocked off Ohio State starter Kaleb Romero.

Dustin Plott is the truth.

Plott finished runner up at Fargo the past two seasons. In 2018 he fell in the finals to the No. 4 prospect in that class Carson Kharchla, and this summer dropped his final to World Bronze Medalist Abe Assad after beating Assad a few weeks prior. Many look at Plott’s weight at Fargo from this summer as one of the toughest Fargo weights ever.

With the exception of one other controversial loss in the finals of the Geary tournament to top 10 prospect Julian Ramirez, Plott has been a monster.

A few weeks before the loss to Assad at Fargo, he knocked him off to help lead Oklahoma to a Junior National dual title. He’s also beat Iowa commit Patrick Kennedy, who is the No. 6 overall prospect for 2020 and No. 4 pound for pound wrestler in the current high school rankings. Kennedy’s also No. 1 at 170 now after Plott moved up to 182 over the summer.

In recent FloWrestling rankings history only two programs have landed the Nos. 1 and 2 overall prospects in the same class. In 2016 Penn State landed Nick Suriano and Mark Hall and in 2015 Arizona State landed the Valencia brothers who were ranked 1 and 2.

As big of a buzz as Ferrari’s commitment has created a guy that’s not too far behind him will be teaming up with him for the next four years to create what could be a lethal combination for the Cowboys.