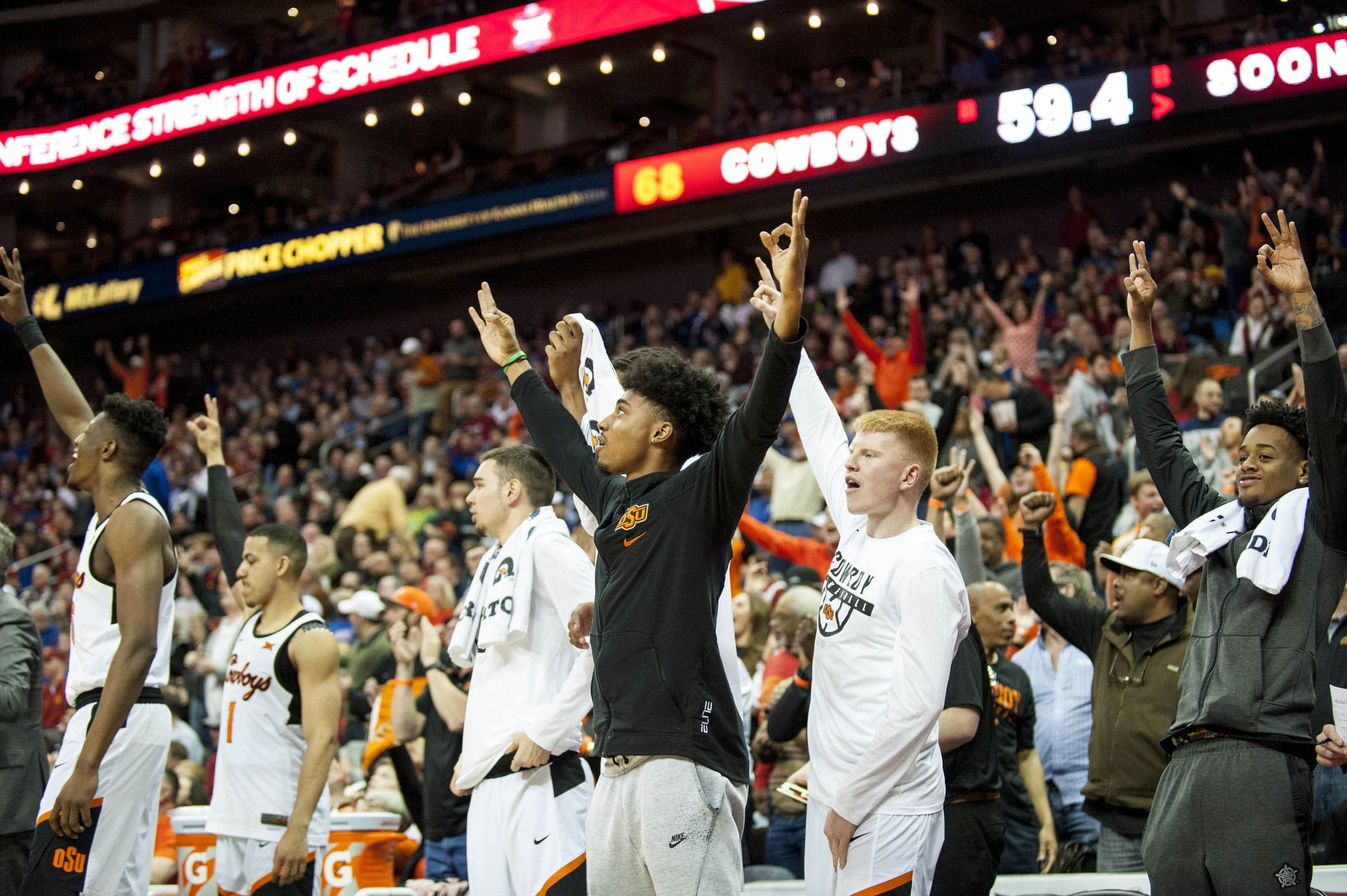 After the Cowboys took down the Sooners for the second time this season and recorded the team’s first Big 12 Tournament win in four years, Mike Boynton joined his squad in the Sprint Center home locker room to celebrate.

But this time, the scene was more subdued than usual. Spirits were lifted but the focus was on tomorrow’s matchup with the 1 seed, Kansas, who the Cowboys swept in the regular season just four days earlier.

“All I know is the tougher team, the team that’s more together, and the team the competes the hardest for 40 minutes tomorrow is going to win.

“It ain’t gonna be about the third game or a week ago or anything else ancillary. It’s about us. It’s about you guys in your uniforms and your great staff.”

? Take a look inside the lock room after tonight's #Big12Hoops win. #LetsWork pic.twitter.com/rezzQ8D8Rg