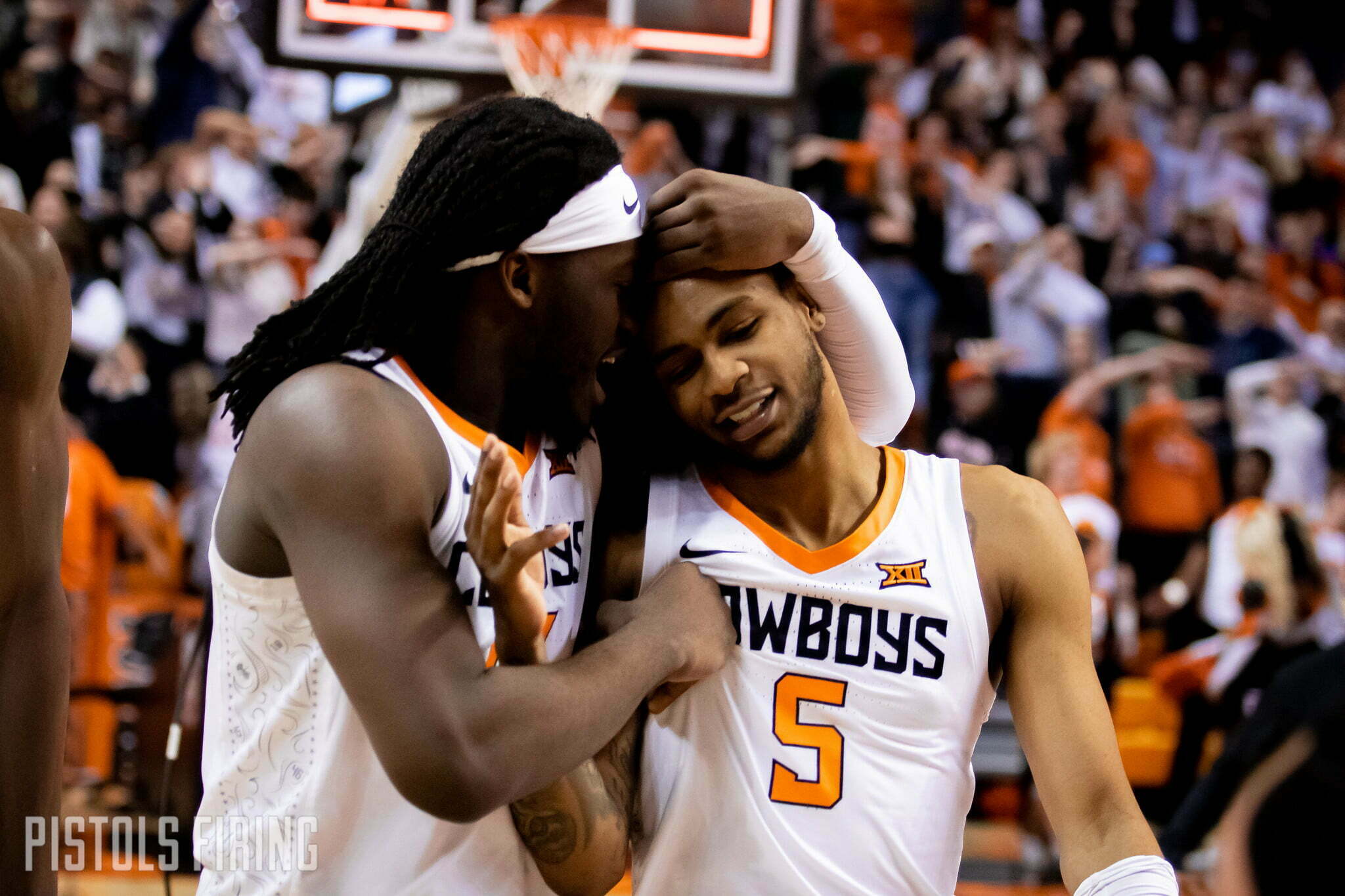 Oklahoma State defeated TCU in Stillwater 57-56, thanks to a redemption song duet by Rondel Walker and Avery Anderson.

After 35 minutes of absolutely ugly basketball, a classic Big 12 barn-burner broke out. Both teams suffered through poor shooting, unforced turnovers, predictable errors and numerous scoring slumps, but both started to figure things out offensively over the last several minutes of regulations. The Cowboys kept up their defensive intensity all night paving the way for a heroic finish.

Two of OSU’s biggest stars from last season, not named Cade Cunningham, have struggled thus far. In five Big 12 games coming in, Walker totaled 10 points, eight rebounds and four turnovers. He hadn’t scored in double digits in over two months. Anderson came in a little more productive but hadn’t scored in double digits since his 29 points against Cleveland State on Dec. 13. The pair shared the team lead with 12 points each and were each responsible for big plays down the stretch with Walker providing the late-game heroics.

Neither team could buy a bucket with any consistency early. The Cowboys (10-7, 3-3) shot just 25 percent on field goals in the first half and were 2-of-8 from 3. The Horned Frogs (12-3, 2-2) weren’t much better shooting 33 percent from the field and beyond the arc. Scoring runs were hard to come by but turnovers were plentiful, especially early. The Frogs were careless with the ball but were able to keep the Pokes from taking advantage. Despite winning the TO battle 22-11, the Pokes were only able to generate 12 points to the Frogs’ 14 off of those mistakes.

TCU’s Mike Miles came in averaging 16.9 points per game, good for third in the Big 12 and shooting 39 percent from the field (ninth), but he missed his first 10 shots and didn’t score until there were 10 minutes left in the game. He was still able to score eight including a pair of huge 3-pointers to give the Frogs a late lead. But early on, it was Francisco Farabello who took advantage of the Cowboys double-teaming and denying Miles the ball. He scored 12, just behind team-leader Charles O’Bannon’s 13 points on five shots.

Bryce Thompson didn’t quite pick up where he left off in Waco, but he got going toward the break. After missing his first three shots, he knocked down one of his signature midrange jumpers at the 8:12 mark in the first and then proceed to finish 3-of-6 for 11 points, including a big 3-pointer late to cut into a TCU lead.

Bryce Williams appeared to land on a defender’s foot just over three minutes into the second period, rolled his ankle and had to be helped off the court. At the time he was tied with Thompson as OSU’s leading scorer with six points.

The Cowboys climbed back into the game and took a 36-35 lead with 12 minutes remaining, but Miles’ ability to finally take the lid off of the basket and a late surge by Charles O’Bannon (10 second-half points) helped the Frogs keep them at arm’s length. But the Pokes made enough plays to make it a game in crunch time, and then a heroic performance unfolded.

With Williams sidelined, Rondel Walker shook off his recent struggles and turned in a huge second half. At the break, Walker was 0-for-1 in nine minutes with a rebound and a turnover. In the second, he was a perfect 4-for-4 from the field and 2-for-2 from 3. He added three rebounds, three steals, a block and at least a half-dozen glue-guy plays that don’t show up on the stat sheet. He committed just one turnover in 22 minutes, boasted a game-high 166.7 offensive rating and scored the game’s final five points including a pair of free throws to win it.

It Was Over When

Tyreek Smith knocked down a pair of free throws with 1:18 left to pull the Cowboys within 56-52, and then Rondel Walker hit an open 3-pointer off a Keylan Boone miss made it a one-point game with 31 seconds to go. After Smith blocked a TCU layup attempt, Walker got the ball with a chance to take the lead. He was fouled at the rim which gave him the chance to play the hero. He was nails from the line, making both charity shots to give the Cowboys a lead with 4.8 on the clock. TCU’s Damion Baugh got a decent look at a would-be game-winner from 3, but it was off and the Cowboys move to .500 in conference play.

Next up, OSU heads to Austin to try to go 2-0 against Texas three weeks after the double-digit upset the Cowboys dealt the Longhorns in Stillwater.