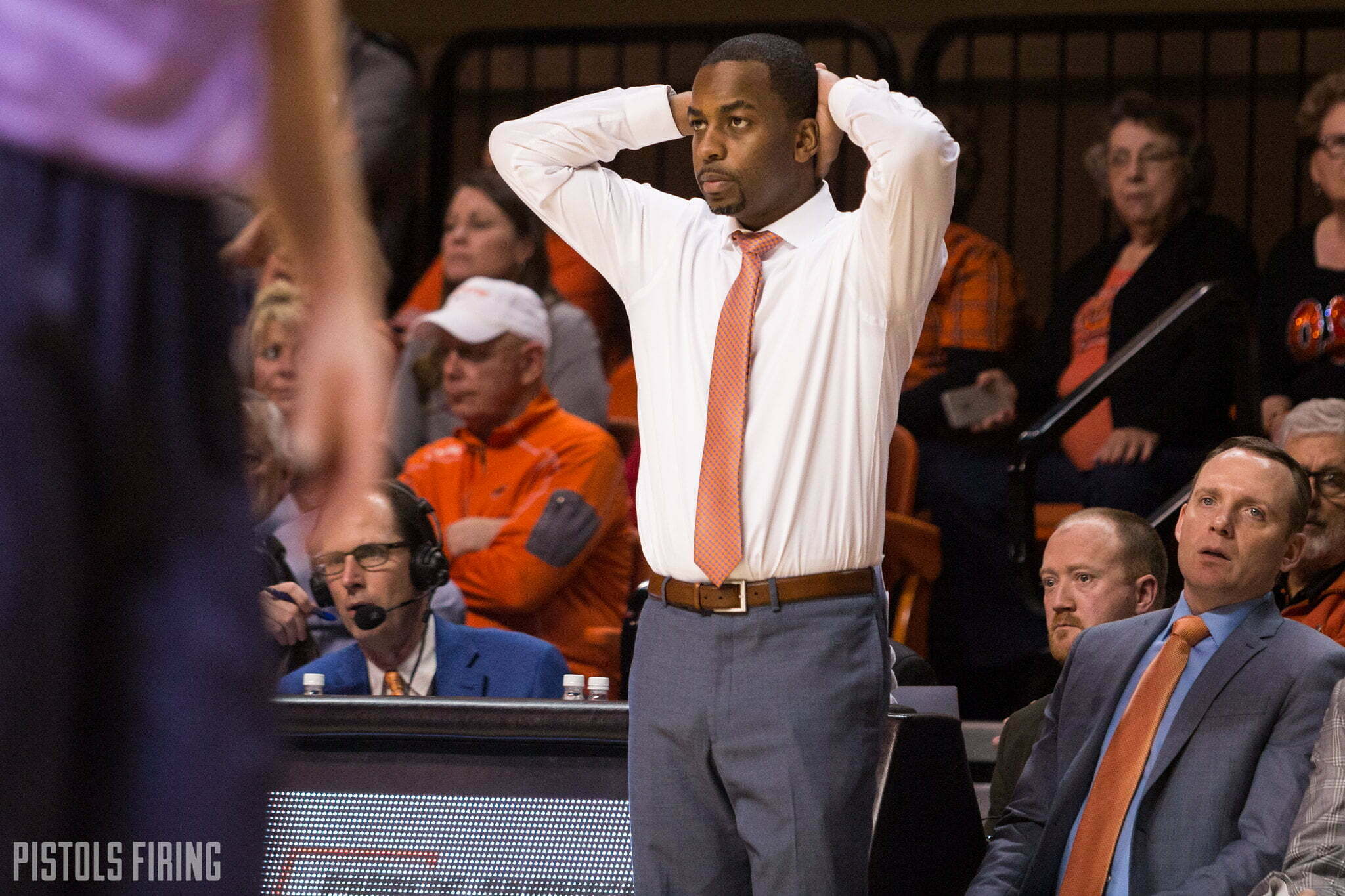 Mike Boynton and his current roster of Cowboys had never left Morgantown without a smile. There’s a first time for everything, unfortunately.

After a hot start on offense the Cowboys cooled late coughing up a 10-point first half lead and watching the Mountaineers walk away with a 65-47 win in the second half. OSU moves to 13-13 and 3-10 in Big 12 play.

After building an early 10-8 lead, the Cowboys’ zone defense held the Mountaineers in check. But the inability to convert in transition kept OSU from building its lead. A pair of ill-advised lob attempts by Isaac Likekele to came up short and then the sophomore point guard missed an open layup off the front of the rim.

Neither team scored again for over four and a half minutes before the Cowboys finally caught fire. A 12-2 run pushed the Pokes to a 22-12 lead. They were able to keep the Mountaineers down double digits until the waning minutes of the half.

Cliche or not, this truly was a tail of two halves. After shooting just 29.2 percent for a then-season low 41 points against West Virginia on Jan. 6, the Cowboys shot 62 percent from the field in the first half in Morgantown, totaling 33 points. Unfortunately, the Pokes left their scoring touch in the visitors’ locker room.

A 14-3 run by the home team, punctuated by a halftime buzzer-beating 3-pointer, continued into the continued through the intermission and saw West Virginia retake the lead less than two minutes into the second half.

OSU mustered just four points in the first 12 minutes of the second half and finished with just 14 in the final frame. Give plenty of credit to Bob Huggins, the ‘Neers and their half-time adjustments, but the Cowboys missed open shot after open shot at the rim.

The Cowboys showed signs of life late but just don’t possess the dynamic scorers, especially from deep, to dig out of a 17-point second-half hole on the road.

OSU’s Frontcourt Ran Out of Steam

It’s nights like Tuesday night that Yor Anei gives us a peek at just how high his ceiling is. Anei always makes a difference on the defensive end of the floor (when he can stay on the floor). But when he sees a couple of shots go in, Yor can be a game-changer. After hitting on his first three shots from the field, Anei went 4-of-5 in the first half, scoring eight points in 11 minutes.

Unfortunately, his two biggest limitations were put on display in the second half — his propensity to get in foul trouble and is lack of size compared to the type of bigs that WVU boasts. Anei finished 0-for-2 with no rebounds or blocks and three fouls in nine minutes in the second.

His frontcourt mate, Cam McGriff finished 8-of-14 from the field and led all scorers with 19. He also grabbed five rebounds and blocked two shots. But he went just 2-for-7 in the final frame.

Next up, the Cowboys return home for Round 2 of Bedlam at 3 p.m. Saturday.