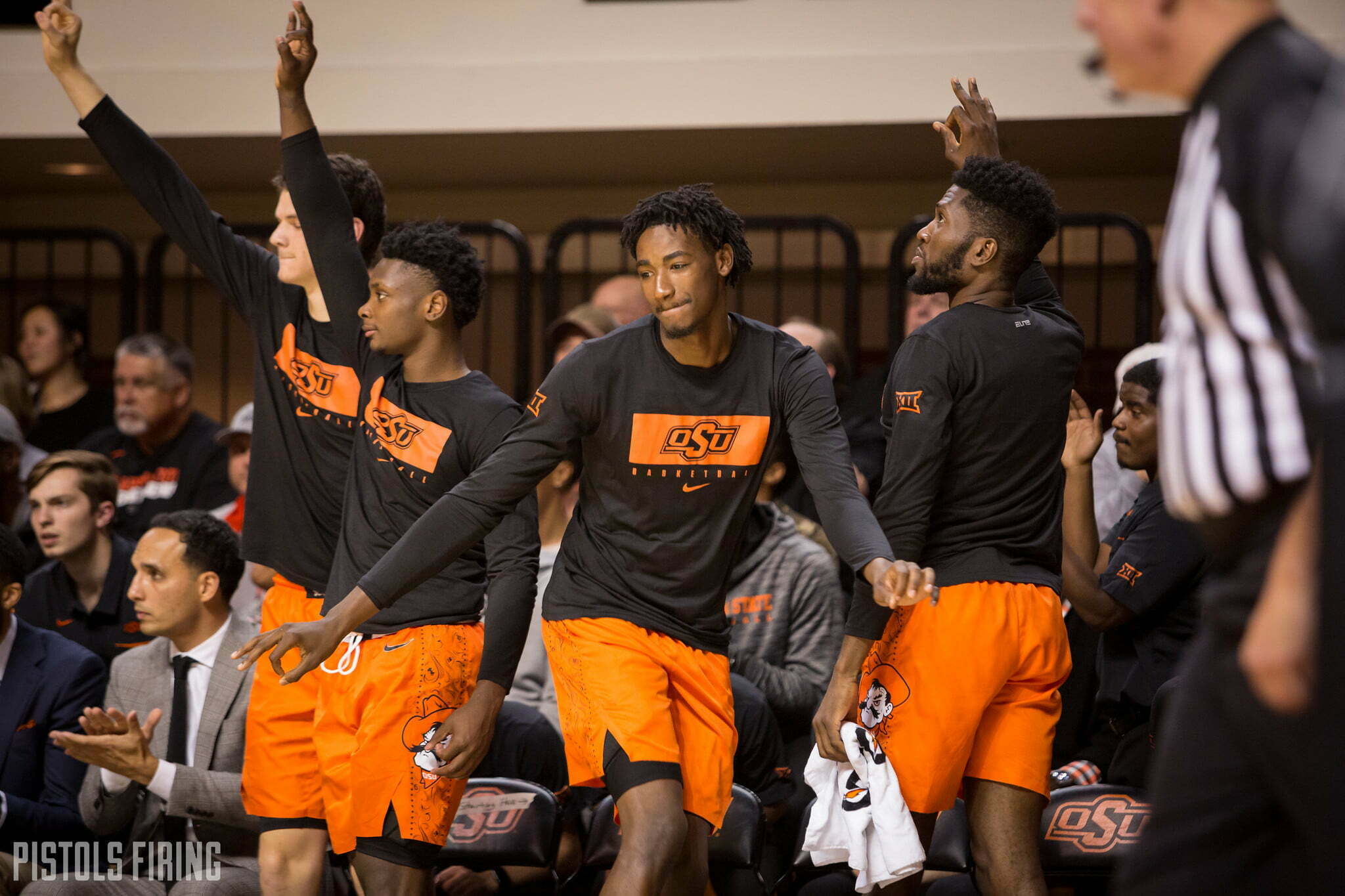 It turns out, Oklahoma State just needed to get out of the Big 12 for a weekend. Ironic, considering the opponent. The Pokes drilled former league-mate Texas A&M in the Big 12-SEC Challenge on Saturday in College Station, 73-62.

Mike Boynton got a ton of first-half production from his new-look bench, partly because one of his starters, Cam McGriff, got into some early foul trouble.

Thomas Dziagwa and Yor Anei — new members of the second unit — combined for 11, and Jonathan Laurent chipped in 7 points as the reserves outscored the starters 20-14 over the first 20 minutes. OSU built a solid 34-26 lead on 48 percent shooting from the field.

The lead swelled to 10 early in the second half, and it didn’t dip back into the single digits for the final 10 minutes.

OSU was led, as it almost always is, by Isaac Likekele who had 13 points, two boards, four assists and one recompense dunk for that 24-21 Texas Bowl loss. I need not remind you that this is a point guard.

Lindy Waters — who found his 3-point stroke and went 3-for-6 on the day — scored in double digits, as did Dizzy, Laurent and Anei off the bench. Yor had his best game in a while with 11 points, nine boards, three assists and four blocks. Somehow, he only had one foul.

OSU overwhelmed an overmatched A&M squad, which could muster just 39-percent shooting and went an abysmal 28 percent from 3-point range. OSU’s buckets, on the other hand, were easier than they’ve been in a while.

The Cowboys had 30 points in the paint, moved the ball around better than we’ve seen over the past month (22 assists, which was a season-high!) and responded well every time A&M tried to make a dent.

One such example came with 5 minutes left. A&M scored a couple of buckets in a row, including a 3-pointer off a turnover to make it 62-51 and mildly interesting. OSU pushed the pace, found Dizzy beyond the full-court press, and he yanked with like 23 seconds on the shot clock. No, no, no, yes. Arrows toward the top of Reed Arena, and that was pretty much [VinceCarterItsOver.gif].

It was a win OSU badly needed heading into Big Monday against KU (without some of their guys, I might add). It’s not a victory that may mean much in the grander scheme this season because that ship may have sailed, but for the sake of the morale of the program, it was important.

It’s true that Texas A&M is not very good and that the Big 12 is a nightly terror in general. But OSU has been steadily improving since that black hole of a start to the calendar year, and it gets a last-ditch chance at salvaging what was once such a promising season starting on Monday at home against an old friend and his 15-3 Jayhawks.