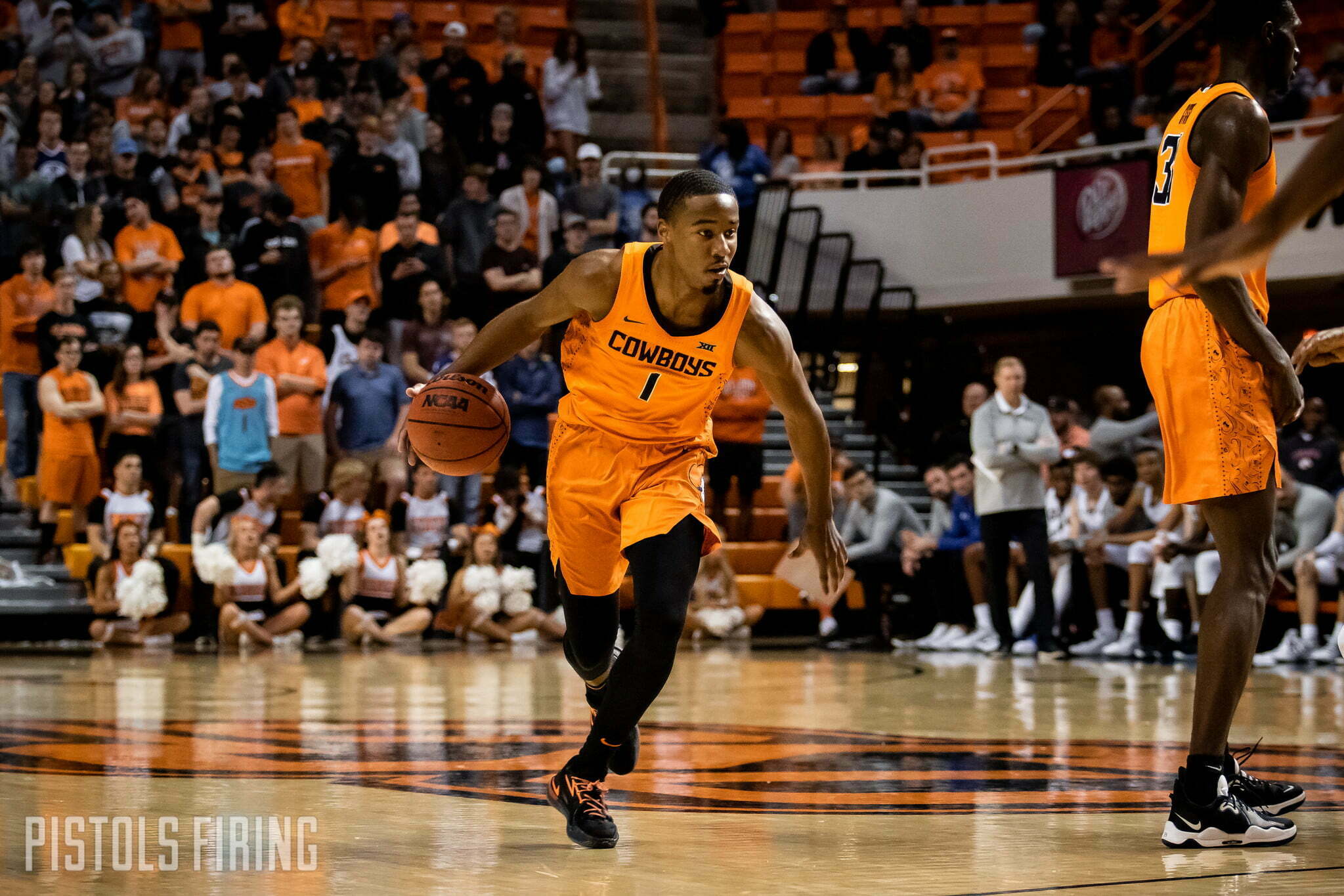 Oklahoma State defeated No. 1 Baylor 61-54 in Waco on Saturday. It marks the first road win over the nation’s top-ranked team in school history, and the Cowboys did it with tenacious defense and a couple of heroic performances. Henry Iba and Eddie Sutton would have been proud.

The team with every reason to come in sneakers dragging, hit the hardwood running. In their third road game in five days, the Cowboys (9-7 overall, 2-3 Big 12) brought the energy and controlled the game almost wire-to-wire. OSU held the No. 5 offense in the country, according to KenPom, to 31 percent shooting and scored 18 points off of 11 Baylor turnovers.

Bryce Thompson committed No. 1-on-No. 1 crime. He led all scorers with a career-high 19 points on 7-of-15 shooting in 25 minutes. He made big shot after big shot. He scored the last six points of the game and grabbed a huge steal to give himself the chance to ice it.

Bryce Williams made plenty of big plays down the stretch as well. He added nine points on 11 shots, four rebounds and six assists. Keylan Boone chipped in eight points, going 2-of-3 from deep, and six Cowboys combined for nine steals.

The Cowboys took it to the reigning national champs on their home flooring from the tip. OSU started out 5-of-8 from the field to take a 13-4 lead and didn’t look back. The Pokes led by as much as 18 in the first half, before the Bears pulled within 12 to go into the break. Before Saturday, Baylor’s largest deficit all season was 10 points. The Bears hadn’t trailed by double digits at halftime since the 2019 NCAA Tournament, according to the ESPN broadcast.

Each time the Bears threatened to make up ground, the Cowboys made a shot or a play to keep them at bay. Late in the first half, the Bears used a 6-0 run to pull within 12 before Thompson went on his own 5-0 run.

On the ensuing the possession he initiated the fastbreak, and then finished it.

Then early in the second half, after LJ Cryer hit a 3-pointer to pull with 29-17, Keylan Boone answered with his own corner 3. Cryer hit a jumper to get the home crowd going again, and then Rondel Walker hit a deep ball to shut it back up. The Cowboys built a 17-point lead with 12 minutes to go.

But an offense like Baylor’s can put up points, and quick. Matthew Mayer and LJ Cryer traded 3s to pull back within 11 a couple of minutes later.

The Bears pulled back within six on a Flagler transition 3-pointer. But Rondel Walked tipped a ball away and then hit the deck to save it which led to another big-time shot by No. 1.

You knew the Bears had at least one run in them, and they almost avoided back-to-back losses when they rattled off seven-straight to pull within one with 1:21 remaining. But Mr. Thompson has other plans.

After knocking down a pair of free throws to build a 57-54 lead with 26 seconds remaining, Thompson stole the game with this steal and then knocked down the ensuing free throws to ice it.

And then he put a cherry on top with two hands.

Next up, the Cowboys will enjoy a well-earned four-day break before hosting TCU at Gallagher-Iba Arena on Wednesday at 7 p.m.