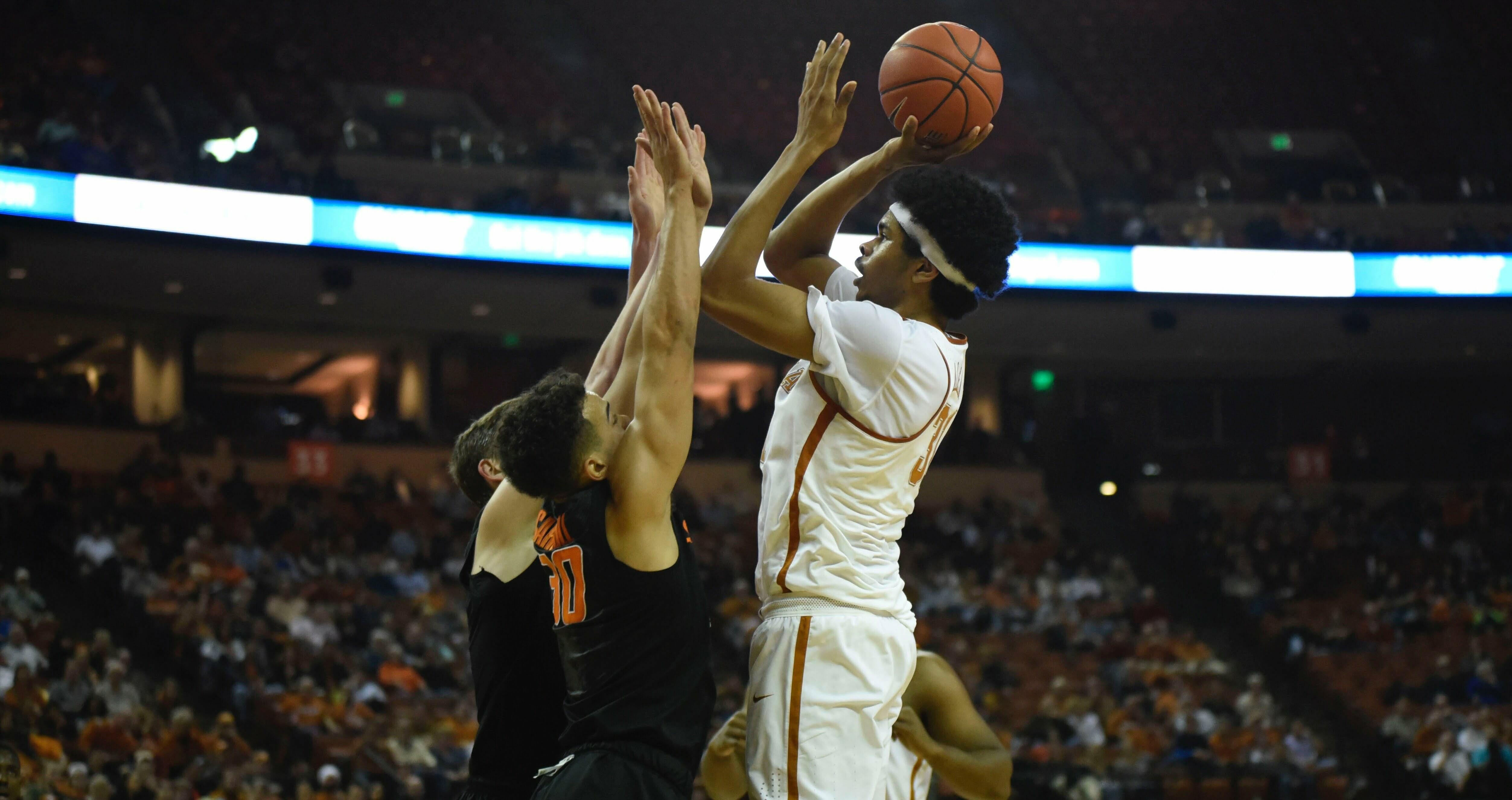 Texas jumped out early in this game and doubled up Oklahoma State 11-5 before both teams traded blows for the rest of the first half. OSU took a two-point lead into halftime. The big story in the first 20 minutes was foul trouble for the Pokes.

Jeffrey Carroll, who got the start in the place of an injured Lindy Waters, put up a 13-3-2 line in the first half while Jawun Evans had 9-3-1 as those two led the charge offensively. Texas struck me as, uh how do I put this kindly, not a very hard-nosed team.

Settling for 3-pointers when it could have gotten to the rim and just downright soft at times on defense. Still, OSU could not capitalize and left themselves a lot of work to do in the second 20 minutes.

“Managing our foul trouble was a big part of it,” said Underwood at halftime. “We have to stay consistent on the glass and play better in transition.”

Instead, the Cowboys got badly outplayed in the second half as Texas guard Tevin Mack finished with 27 points on 10/17 shooting and led a 15-0 run in the middle of the second half to go up 61-51 which effectively buried Oklahoma State’s hopes. Brad Underwood’s Pokes hit a couple of garbage time 3-pointers late, but this one wasn’t in serious doubt for the final few minutes.

As poor as OSU was offensively (they average over 90 points a game, and Texas is one of the worst teams in the Big 12), it was defensive intensity that lacked for OSU. The Cowboys could not turn Texas over like they like to do to teams, and the Horns took advantage. Texas turned it over on fewer than 14 percent of possessions (OSU normally turns teams over 25 percent or more of the time). OSU also got badly out-rebounded.

Phil Forte did not help the cause offensively. The super senior was 2/12 from the field and contributed just nine points on 2/7 shooting drop deep. Carroll finished with a career high of 24 to go with seven boards while Evans chipped in 19-3-4-1 but had five turnovers and fouled out with six seconds left.

This was Texas’ first win over a RPI top 90 team.

“It feels a lot better than last game,” Horns head coach Shaka Smart told a Longhorn Network announcer . “These are going to be close games.”

This is a pretty bad loss for Underwood’s squad which came into the game as a slight favorite. Now you have to wonder if it’s going to spiral. OSU has Baylor, Iowa State and Kansas in its next three games with not a breath of fresh air in sight.

I’m more bullish than some on the rest of the season after this one-two blow in the first two Big 12 games (there’s a lot of breathing room left), but this is not an ideal start in the Big 12 Conference for the new head man.

Next game: Saturday at Baylor