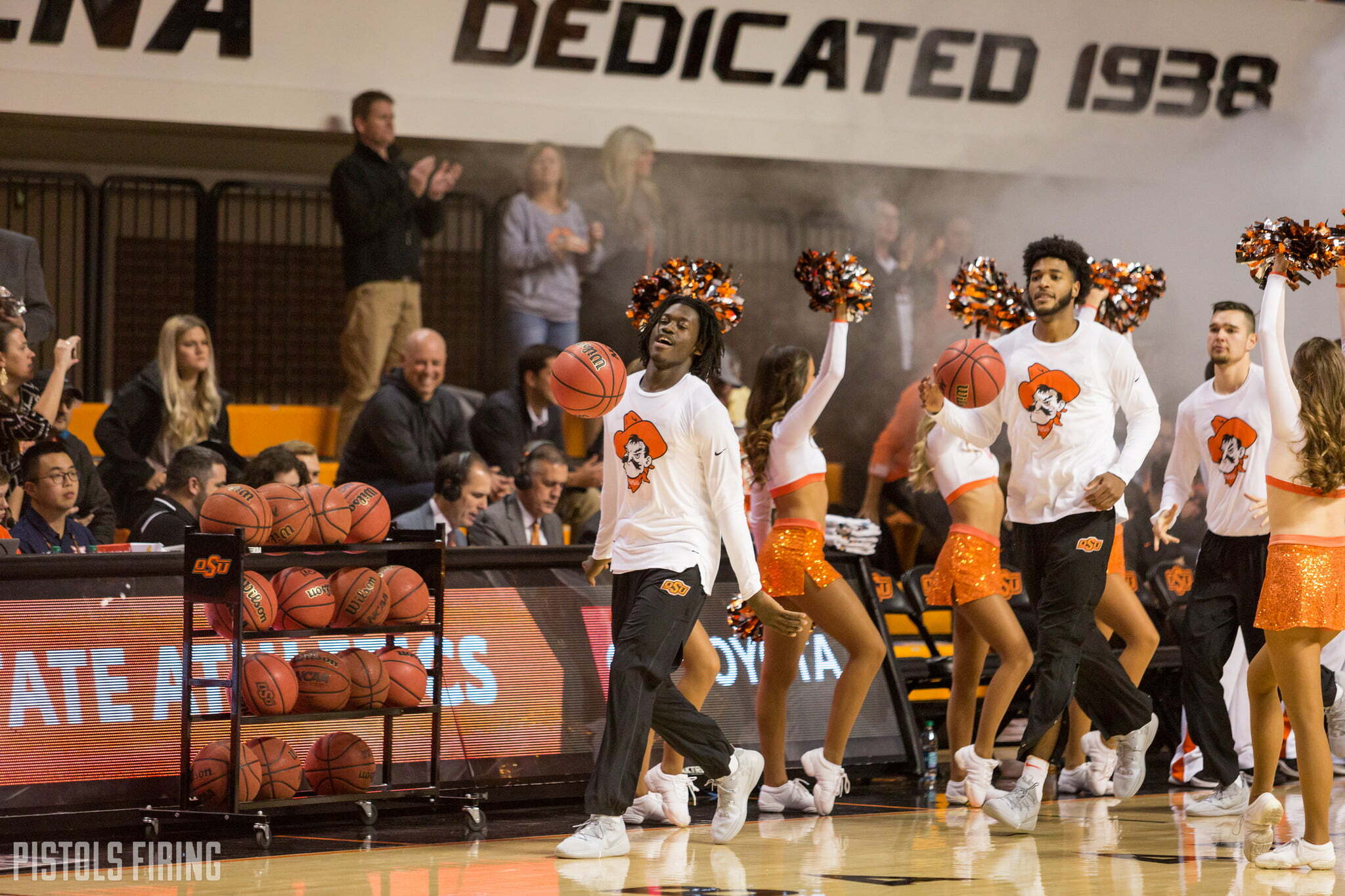 Oklahoma State ended tournament play in Florida with a 90 – 77 victory over the LSU Tigers this weekend. Several Cowboys put up impressive performances including Cam McGriff, who had 28 points, and Lindy Waters, who finished with 16 points, 5 rebounds and 4 assists. However, the player who really stood out to me on coach Mike Boynton’s squad was freshman point guard Isaac “Ice” Likekele.

Likekele only shot the ball 4 times, and scored more than half of his 9 total points at the free throw line, but he impacted the game in several other ways. One of these was rebounding, as the freshman battled down low with the LSU big men to grab some strong rebounds like this one shown below.

The Arlington, Texas-product finished with 9 total boards on the day. In addition, a couple of them ended in transition buckets for the Pokes as Likekele is able to grab the rebound, lead the break due to his skill as a ball handler and either finish himself or find the open man, as he does in the following clip.

Speaking of finding the open man, Likekele was consistently able to do this from tip-off. He came into Sunday afternoon’s game averaging 3.4 assists per game and finished with 8 when it was all said and done against LSU. He had also been averaging 2.8 turnovers per contest and had only 1 in OSU’s victory over the Tigers.

He was extremely careful with the basketball, even when LSU decided to bring full court pressure, and broke the press with relative ease. Additionally, the Tigers began trapping the ball once it crossed halfcourt, but this was no issue for Ice as he was still able to create plays for the Pokes, as shown below.

Ice also made some nice passes off the drive. In the following clip you see him hit McGriff with the scoop pass off the dribble.

Although it wasn’t his highest scoring game, I think this was Likekele’s all-around best performance of this young season. He was efficient from the floor, making two of his four total shots, was efficient from the free throw line, making five of six, and took care of the basketball. In addition, it’s not like this was against some easy non-conference competition, he recorded these numbers against the 19th ranked team in the nation.

Ice held his own on both sides of the floor and continued to show how he can really fill up a stat sheet game in and game out. It’s going to be exciting to watch him continue to grow and improve throughout the season.