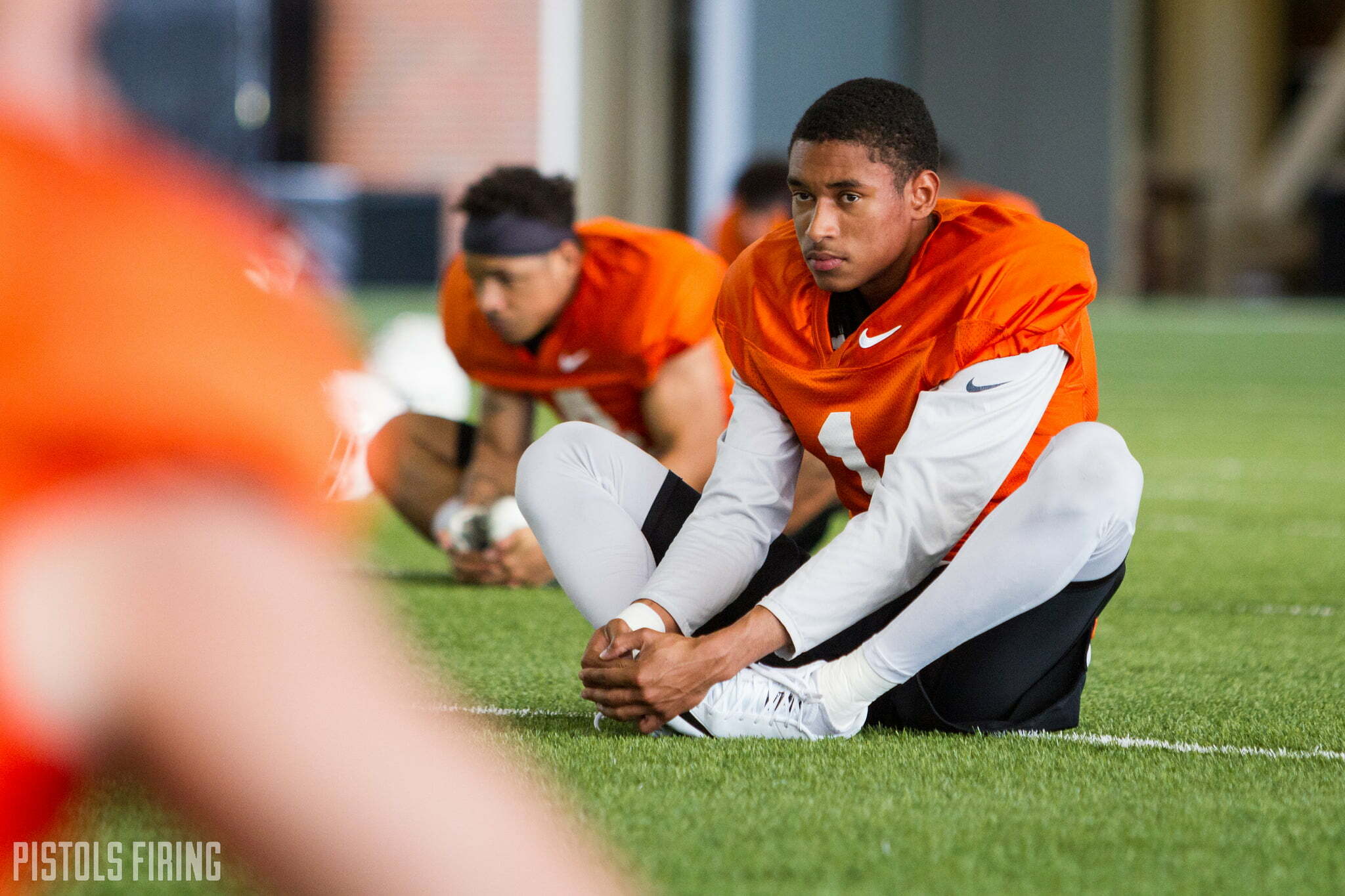 Senior wide receiver Jalen McCleskey, the leading returning pass-catcher from OSU’s high-powered offense last season, will redshirt the remainder of the 2018 season and transfer to a new program next season.

Mike Gundy announced the news at his weekly press conference on Monday, saying the decision was made Monday due to McCleskey feeling he wasn’t getting the ball enough. Because he intends to redshirt this year, he will be eligible immediately at another program in 2019 if he graduates.

“Jalen McCleskey is not with us anymore,” Gundy said. “He did not feel good about us getting the ball to him, so he’s decided to redshirt and transfer. We’re going to let him sit for the rest of the year. That decision was made this morning.”

Gundy said the decision was made Monday morning. Gundy said he told McCleskey he didn’t think it was the best decision, but he said he would support it.

Gundy said this wasn’t this first time McCleskey had come to him about this.

“He had mentioned it earlier, but you look at it from my standpoint: We can’t control who touches the ball all the time, especially at the wide receiver position,” Gundy said. “We’re certainly not going to tell our quarterback, ‘We want you to throw to this guy’ for certain reasons. He didn’t ask us to do that, but that’s what you’d be doing.”

This is an unintended consequence of the new redshirt rule which states that a player can play up to four games and still redshirt. McCleskey hadn’t used his redshirt to this point (he played as a true freshman) so he can use it for the rest of 2018 because OSU is just four games into the season.

Breaking: Jalen McCleskey has decided to redshirt and transfer from #OKState. Mike Gundy said McCleskey said he feels like he wasn’t getting the ball enough. Shocking loss of a veteran WR.

McCleskey is sixth in program history in receptions.

McCleskey had a team-high 10 targets against Missouri State in OSU’s season-opener, but since has been targeted a total of 12 times. He had four receptions for 52 yards against Texas Tech.

“He’s been awesome for us,” Gundy said. “Great young man. Great family. He just didn’t feel like he was getting the ball enough, and he wants to save his year and sit and transfer to another school.”

There is no word on where McCleskey will go. His father, J.J. McCleskey, is a secondary coach at Tulane. He’s from Covington, Louisiana.

“I did not ask him where he wanted to transfer to,” Gundy said. “I only went over the procedures we have in place here. Then, obviously, he’s free and welcome to do whatever he wants to do.

“I want to make this clear: I’m not upset with the young man. I’m just being honest with you. There’s no reason to beat around the bush. It is what it is.”

McCleskey had 50 receptions for 645 yards receiving last season as a junior behind James Washington and Marcell Ateman, and figured to be a vital member of the receiving corps. for OSU this season. But through four games, he was fourth on the team in receiving yards with 155 behind Tylan Wallace, Tyron Johnson and Dillon Stoner.

“Offense is one guy gets the ball; 10 unselfish guys have to go play their ass off,” Gundy said. “That’s the way offensive football is.”

Marshall Scott contributed to this report.