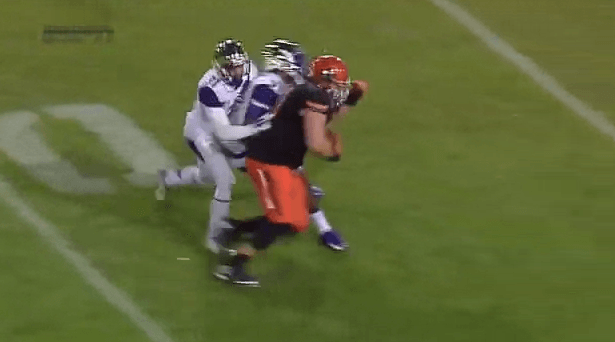 I’m not sure if you’ve heard yet but James Castleman sealed the Cactus Bowl for Oklahoma State on Friday night when OSU went to him on a 3rd and 2 with two minutes left.

They did it coming out of a timeout and they did it after sending Castleman in motion.

AND ALL OF THIS AFTER CASTLEMAN SCORED A FIRST HALF TD OUT OF THE WILDCAT!

It gets better. After the game Castleman said he was gassed after rumbling 48 yards for the first down and essentially the bowl-clinching first down.

Castleman just told me "the check engine light came on" during his catch. #okstate

Depending on who you ask, though, OSU should have done this a long time ago.

Castleman a freak athlete. At one point he could do a back flip and cheer stunts. I made the mistake of ignoring his Amarillo food advice.