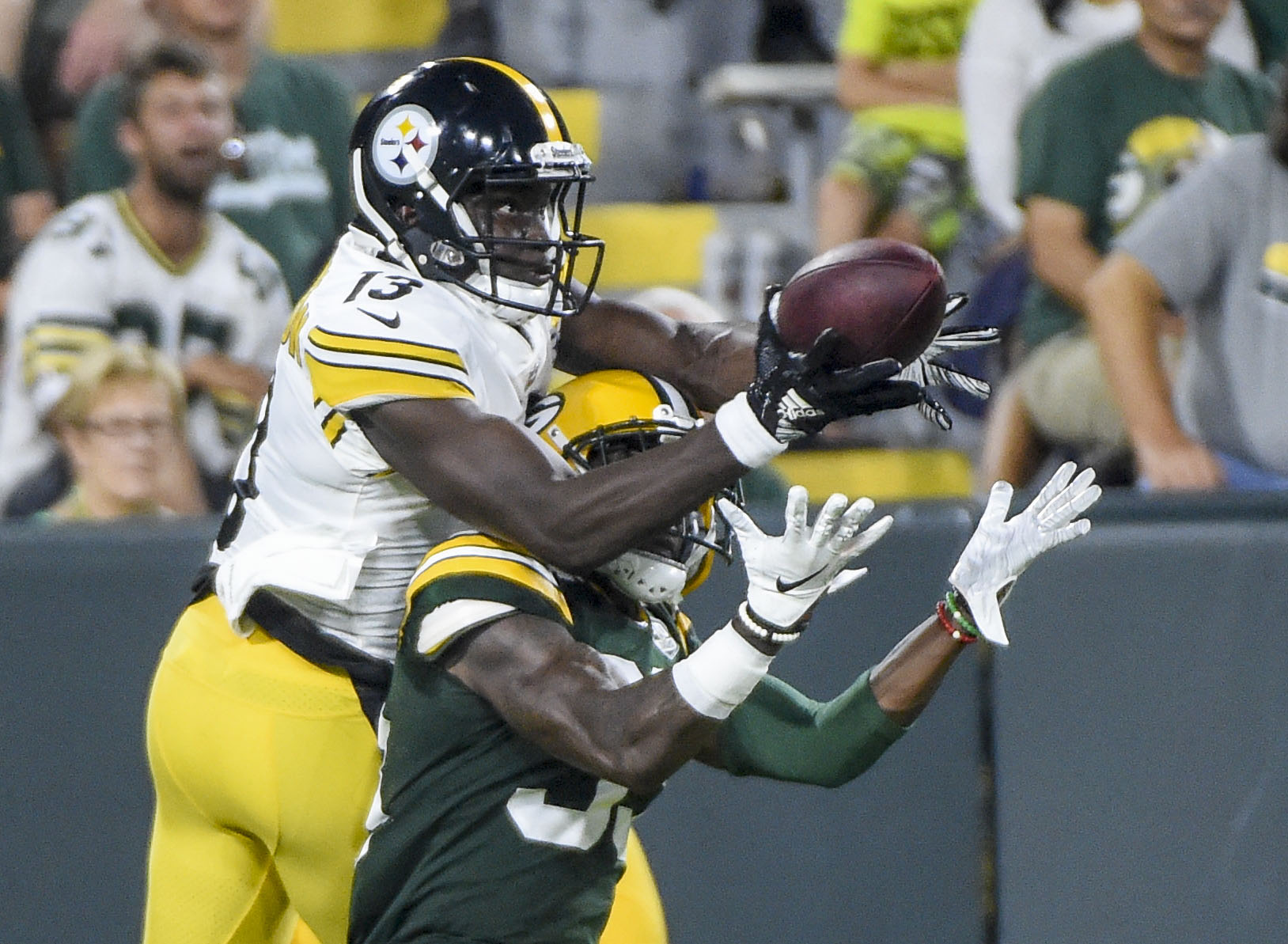 James Washington, still good at football. The former Oklahoma State Cowboy caught the first TD of his pro career in a preseason game against the Green Bay Packers. It was a filthy over-the-defender catch on a pass from Josh Dobbs.

I mean, it’s one thing to do that at the collegiate level on Alabama State or Texas Commerce Central or whoever, but against other pros — and someone in Demetri Goodson who has been in the league for five years — that seems unfair.

The Steelers are getting walloped — partly due to a pick-six their other former Poke tossed earlier in the game — but this certainly stood out and is one reason Mike Tomlin has noted Washington is “kicking ass” so far this year.

James Washington GO UP AND GET IT! pic.twitter.com/4XAuBeEBHj

But Washington didn’t rest on his laurels, he followed up that #SCtop10 candidate with another, equally as impressive touchdown catch.

Those type of hands are only sculpted by changing tractor tires as a preteen.

Kevin Harlan has the most obvious (and awesome) call of the night. “He is some kind of player!”

Here’s a look at Washington’s highlights from his second preseason game.