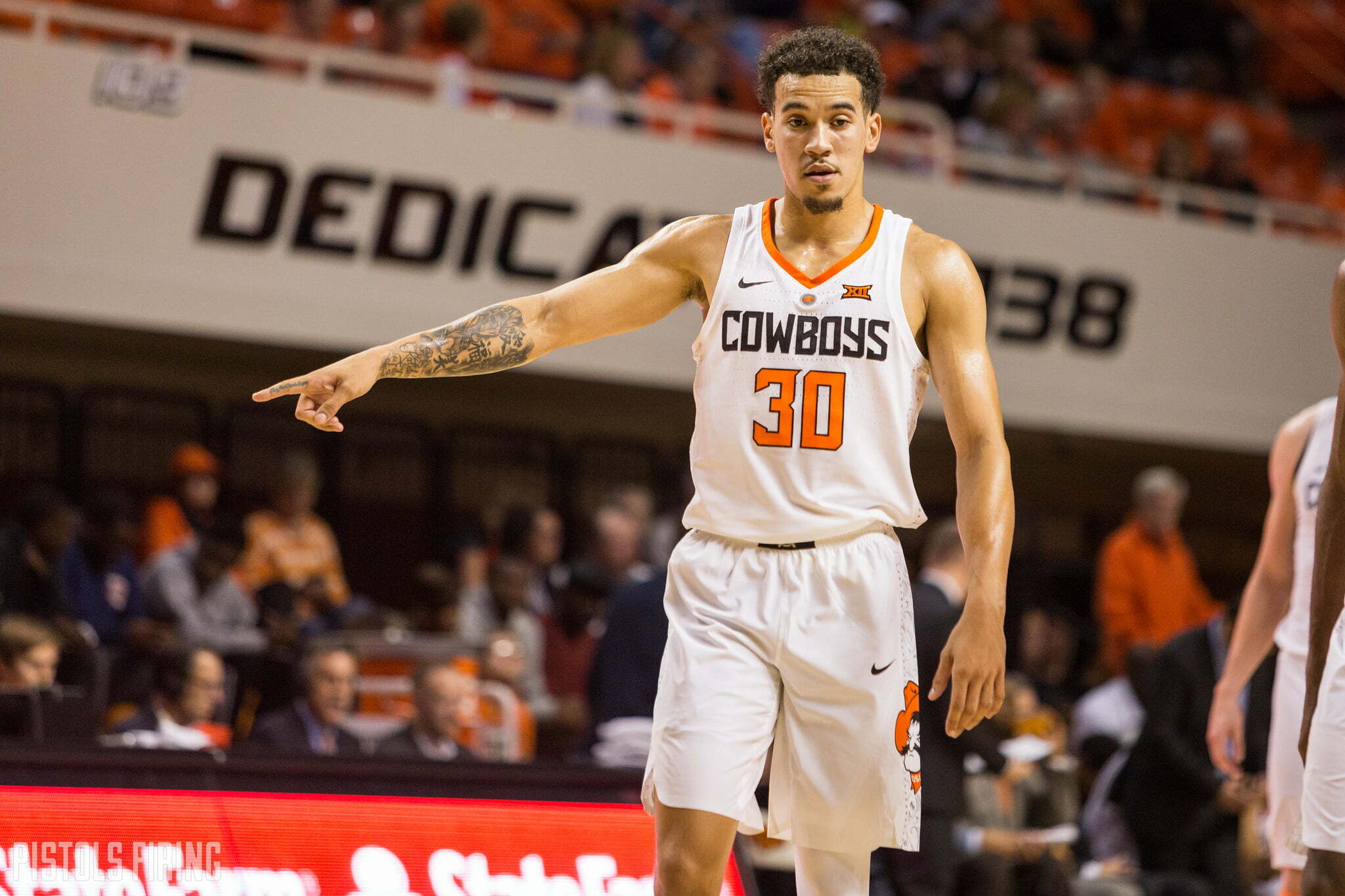 This is probably not a big surprise, but it’s still a bummer. Jeffrey Carroll will not play tonight against Pepperdine tonight, and it is unknown when (or if) he will play again.

All the release from OSU said is as follows:

Jeffrey Carroll is being withheld from play pending the ongoing review of the men’s basketball program. Carroll will continue to practice with the team.

OSU’s super senior averaged an astounding 18-7-1-1 line last year for the Cowboys, but his name swirled amid allegations this fall. When Lamont Evans was arrested by the FBI and eventually released by Oklahoma State, questions arose about Carroll based on the documents released by the DOJ.

Oklahoma State has hired an outside firm to investigate all of this, and this is likely where the self-suspension came from, even though Mike Boynton said in his first press conference that he had not been given any information to indicate that anyone would be rendered ineligible.

To address any NCAA violation concerns, OSU has retained the services of The Compliance Group, the same firm the school used to handle internal investigations following the Sports Illustrated “Dirty Game” series that suggested rampant wrongdoing with the Cowboys football program. The president of that group, Chuck Smrt, is a former member of the NCAA enforcement staff. [NewsOK]

Here’s what I wrote after the documents were released earlier this fall in relation to how they affected Carroll:

You can go read about Player-4 in the exchange here, but I think we’re all aware who was scoring 22 a game in February and thinking about but never entering the NBA Draft. I’m not going to say the name because for all I know the FBI is the organization responsible for knocking PFB off its server so many times this fall, but it’s right there in front of you.

So my question is not actually who Player-4 is, but rather, “Did Player-4 commit a violation?” Apparently that is the same question OSU has been asking internally since those documents were released and has not been answered yet.

If Dez Bryant having dinner with Deion Sanders derailed the entire 2009 football season, what might the following sentences mean for the next 2-3 years of OSU hoops? Again, listening to somebody talk about committing a violation is far different than committing one, but there will be questions. And there still are, apparently.

All of this may be a precaution, of course. Auburn, a school that is similarly under investigation, recently suspended two of its players as well. So who knows. Maybe this is a one-game thing. Maybe it lasts all year. What I do know is that it doesn’t bode well for a team already short on players and scoring.

Also, this news means that Oklahoma State’s leading returning scorer from last year who is also playing in the game tonight against Pepperdine is Lindy Waters.

He averaged 5.7 points per game.