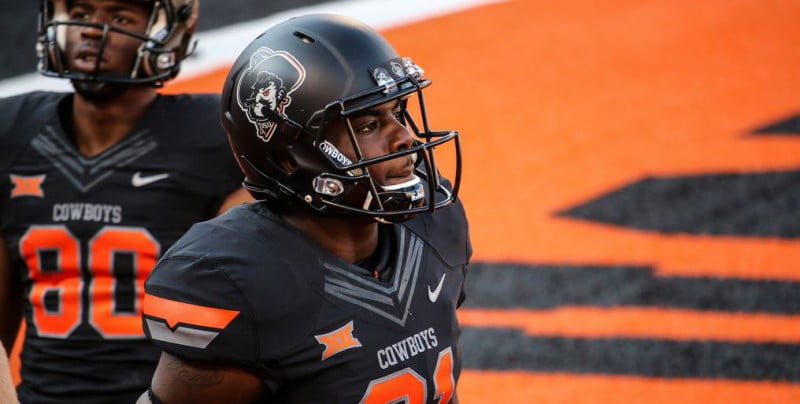 Wide receiver Jhajuan Seales has signed with sports management firm Sports Priority as he looks forward to his opportunities at the next level.

Seales is coming off the best season of his career, amassing 615 yards and four touchdowns, but has been a contributor since his freshman year where he grabbed 39 catches for 571 yards and three scores.

With 1,785 yards, Seales knocked Josh Cooper of out the top 10 of all-time OSU leading receivers. James Washington is still working on his career list but Seales can hang in the top 10 of departed Cowboys until after next season.

Seales has the skill set to play at the next level. The immense pool of receiver talent OSU has been blessed with is partly to blame for Seales not putting up even bigger numbers. I’ve always thought he could be the number one or two option for a lot of other teams.

We would like to welcome @Jseales_OSU81 (Jhajuan Seales, WR Oklahoma State University) to the Priority Sports family! pic.twitter.com/yrETTgTFAD

The same agency is also representing current prospects Josh Dobbs from Tennessee and Sefo Liufau from Colorado, who Seales played against in the Alamo Bowl.