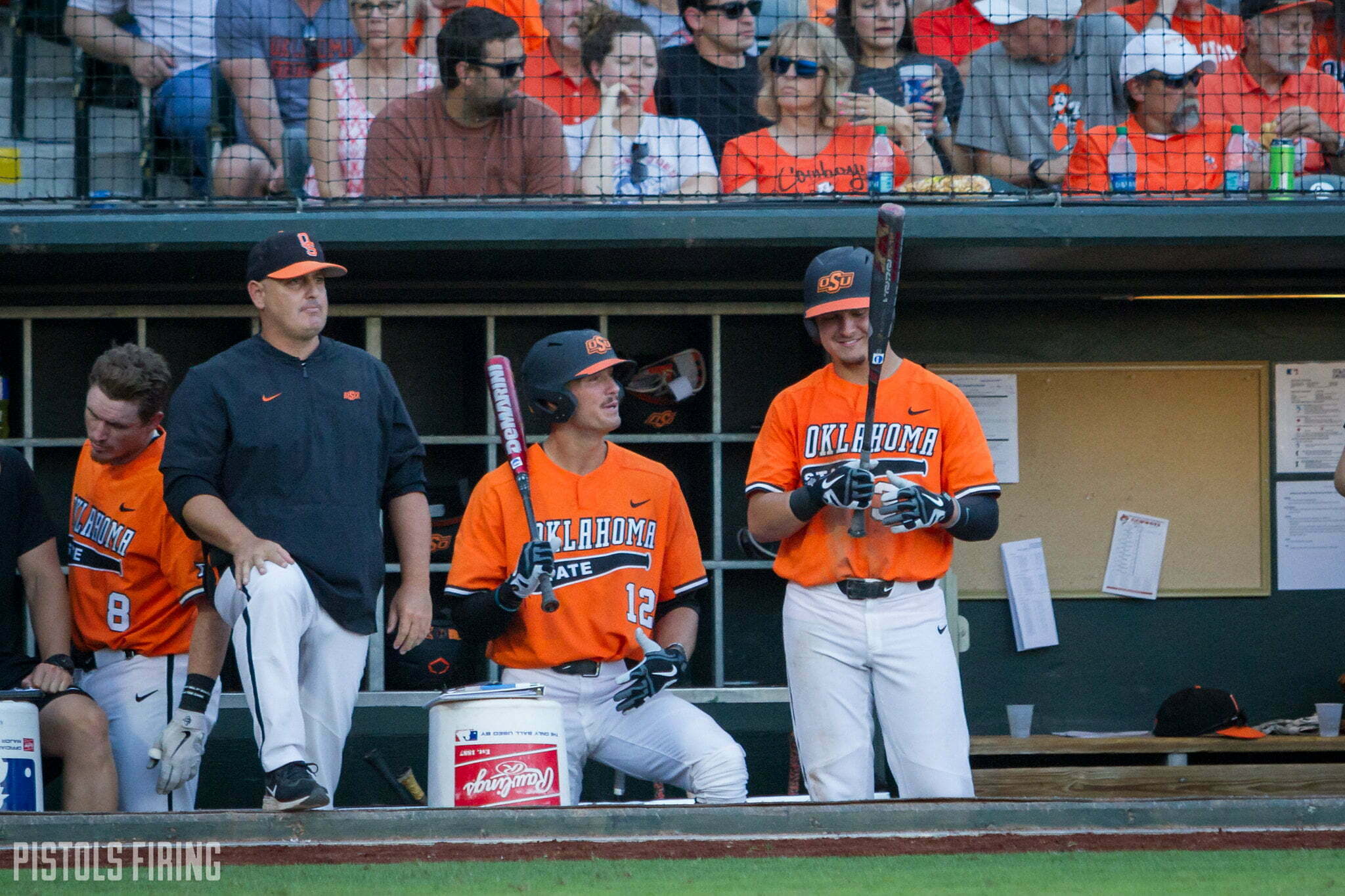 And also, every meaningful team in the country ends their season on a loss except for one. So in the vast majority of seasons, you’re going to find out what you have in a coach or a player because of their quotes after a loss.

These quotes from Josh Holliday should not surprise you at all. He is — as most OSU coaches are — reflective, smart and has good perspective. He’s seemingly teaching about life itself, and baseball just kind of gets in the way.

But enough from me.

“Proud of the kids,” said Holliday. “They played great baseball. They’ve found the true meaning of team. They honored each other in the way that they went about their business and I’m forever grateful to them. This is one heck of a good team. I’m very proud of this group.

“Some real special individuals that allowed this to happen. Colin Simpson’s legacy, one of the best power hitters we’ve had at Oklahoma State in the last 20 years. The emergence of Trevor Boone, the outstanding pitching of Jensen Elliott down the stretch, and the great work of so many other kids out of that bullpen to pitch us to this point. Just a real special group of kids, I’m proud of them. I thanked them after the game. I’m not sad. I’m proud.”

How good is that? And he should be. Getting within one of the CWS is a successful season. At some point over the last few weeks, OSU crossed that threshold from disappointing to gravy, and they rode it to the very end.

“I thanked them for being a joy to coach and letting us as coaches enjoy the love of baseball and team with them and not have to worry about the nonsense that some teams take you through off the field and during the school year,” said Holliday. “This has been a wonderful group, and I will remember this team with an incredibly special place.

“They’ve reunited our alumni. I’ve never had so much positive response from players that used to play here for how proud they are to watch how these kids competed. Even though we lost the game today, we won the season because we achieved real team, and you can’t say that every year you put on your uniform.”

Sure, the goal every year is to win the Big 12, go to Omaha and win it all. But again, not everybody is going to do that. Only one team is going to do that. So you have to find other markers, other checkpoints. Holliday has clearly laid out some good ones and has built something great in just a few years that Oklahoma State fans can be both proud of and excited about as 2020 approaches.