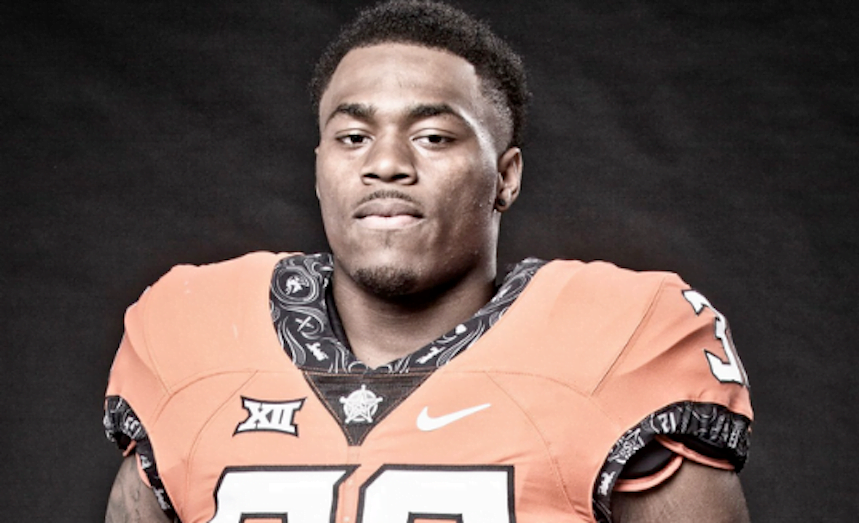 Less than a month removed from receiving an Oklahoma State scholarship offer, junior college defensive end Tyren Irby has made his choice.

In a decision posted to Twitter on Monday, he announced his allegiance to the Cowboys with a specially-edited graphic and a caption saying, “I’m home.”

Irby, who is currently at Northwest Mississippi Community College, is rated as a three-star prospect. The 6-foot-3, 235-pound recruit chose OSU over offers from Southern Miss, Liberty, UAB, Liberty, Toledo, Troy, Louisiana-Monroe and others.

Irby was a no-star recruit coming out of high school whose only offer — Southeast Missouri State University — led to his decision to go the junior college route. In his two seasons there, he’s built out his frame and profile and developed into a Division I talent with experience at the college level to boot.

Last season at Northwest Mississippi C.C., Irby played in all 10 games where he amassed 19 tackles, six tackles for loss, six hurries, two breakups and 1.5 sacks. This season, the program is off to a 6-1 start. In seven games, he’s racked up 25 tackles and team-highs in tackles for loss (7.5) and sacks (5.0).

Irby is the 16th pledge of OSU’s 2020 recruiting class but just the first expected to play defensive end at OSU.