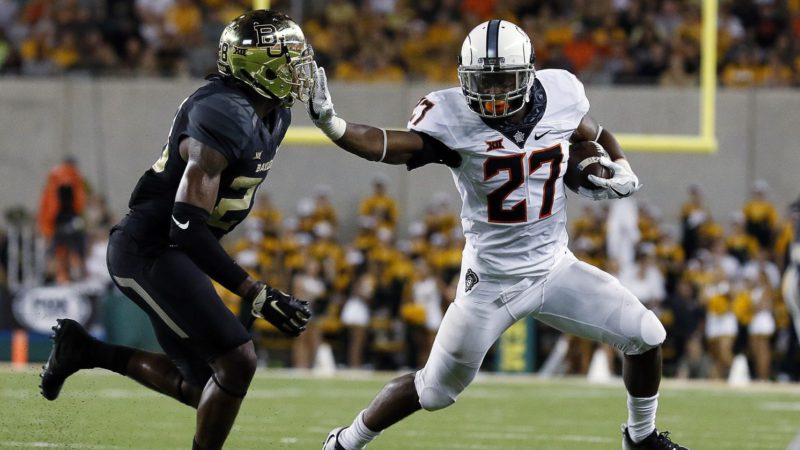 The Associated Press has selected freshman running back, Justice Hill as the Big 12 Newcomer of the Year.

Hill’s 1,042 yards is the most by any Oklahoma State tailback since Joseph Randle reached 1,417 yards back in 2012. Hill was a game-changer for the Cowboys this season, beating out three senior running backs and sophomore Jeff Carr for the starting role.