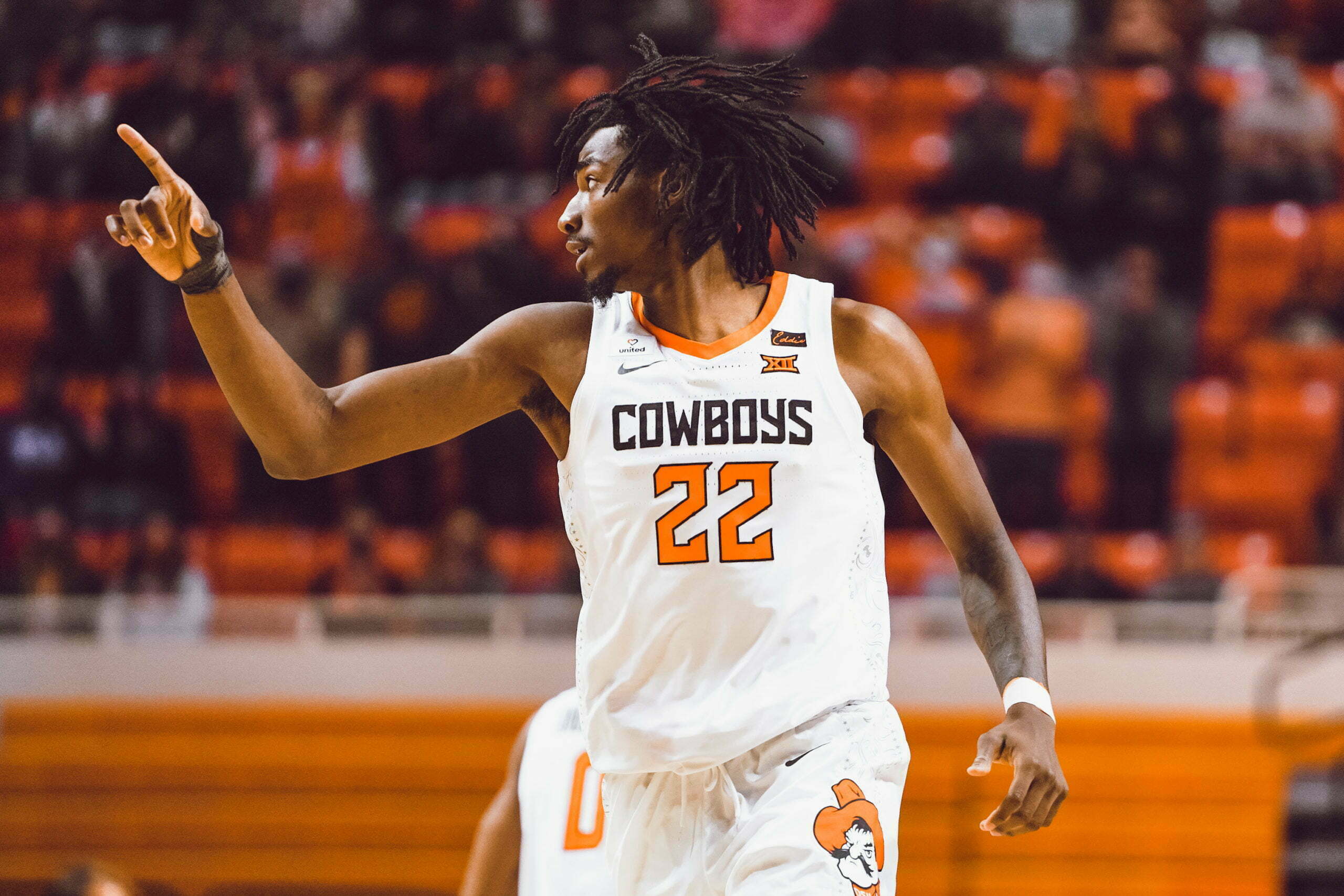 Kalib Boone’s inaugural season of being the guy of the Cowboys’ frontcourt hasn’t gone exactly to plan.

When Yor Anei transferred to SMU this offseason, everything pointed to Boone being Oklahoma State’s starting center — and that’s how the year started — but it’s not something that has been consistent.

He started the Cowboys’ first five games, where he averaged 7.8 points and 4.8 rebounds a game, but then he came off the bench for the Cowboys’ next four games with a minute decrease.

He returned to OSU’s starting lineup against West Virginia on Monday with Matthew-Alexander Moncrieffe out with an injury. But Boone fouled out in 14:40 after scoring four points and bringing down four rebounds.

Boone met with reporters via Zoom Thursday and said his issues have been more mental than physical.

“My dad says all the time: I’m my biggest critic,” Boone said. “I put the biggest pressure on myself. Some days it’s pressure. Some days it’s like, ‘Man, KB what are you doing?’ Sometimes I just start overthinking stuff. I’ve been talking to my dad lately. He’s been talking to me. I’ve been talking to Coach Mike [Boynton], he’s been helping me, Coach [Keiton] Page, Coach [Erik] Pastrana, Coach [Scott] Sutton, everybody. And they’ve been encouraging me and everything. I just gotta go out there and do my part.”

On the year, Boone has 25 turnovers. That’s the second-most on the team behind Cade Cunningham, despite Boone playing 182 minutes fewer minutes and logging a much lower usage rate.

Boone said he teammates have encouraged him through this rough patch.

“The only way you can do that as if you got real relationships because at the end of every conversation, no matter how hard or easy it is, I tell those kids I love them because I do,” Boynton said. “And it’s not personal. It’s just that I want better for him. And if he’s better, then our team’s better, and it’s really simple. He works hard, but he’s not doing enough at the level he’s capable of to help our team. And if we’re gonna have the success that we think we can, he’s gonna have to step up. It’s really that simple, and he’s capable of it. He’s shown flashes. He just hasn’t put it together consistently.”

Despite his struggles to stay on the floor, Boone has done some things well this season. He is 22-for-36 on field-goal attempts this year. His 61% from the field is best on the team among players who have taken at least five shots.

Once he can get rid of this turnover bug and find a way to stay out of foul trouble, Boone should be back to the guy who put up 16 points on 86% shooting against a ranked Texas Tech team as a freshman.