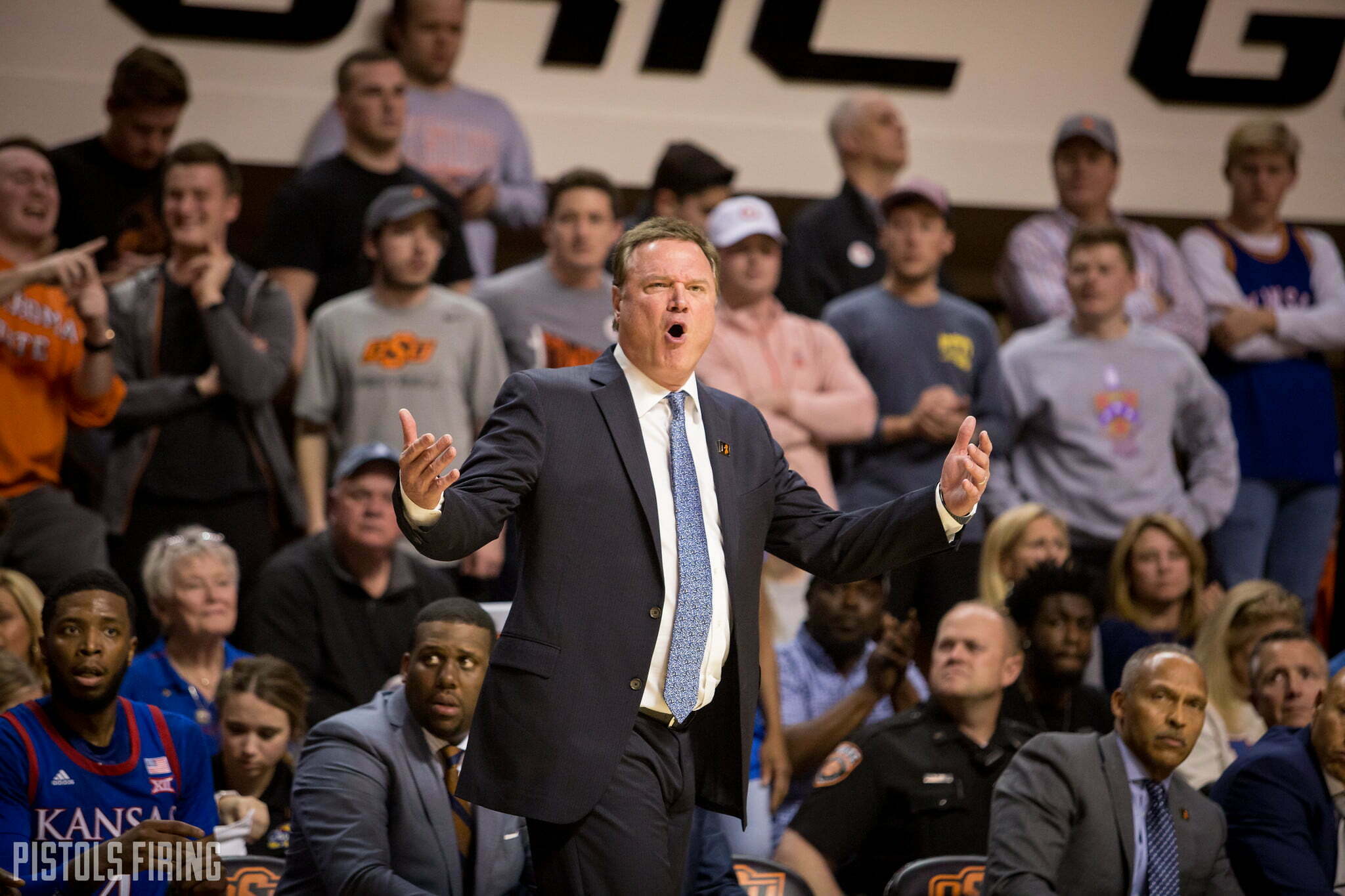 On Thursday, Kansas issued a formal and public response to the NCAA’s allegations that its basketball program committed five Level I (the most severe) violations related to recruiting. The allegations ensnare Bill Self, lead assistant Kurtis Townsend, and the university as a whole in an institutional charge. This is further fallout from the FBI probe that came about years ago and is now coming to roost at the NCAA level.

In its response, Kansas challenged each of the five allegations, stating that “neither NCAA legislation nor the facts support the enforcement staff’s allegations.”

But KU’s stance — whether it’s well-received or not by the NCAA — likely won’t be enough to prevent it from major penalties. Loss of scholarships, a postseason ban, a suspension for Self and Townsend are all very much in play.

Kansas waited until the final day to submit its response (after getting an extension earlier in the process), signaling it wants to kick the can as far down the road as possible — a wise move considering KU is ranked No. 1 and a favorite to win the 2020 national championship.

The expectation is that given this timeline the season will play out, then penalties will come. Maybe later this spring. Maybe this summer. Maybe 2058. It’s the NCAA, who knows. But almost certainly barring a blip, the NCAA will have arrived at a decision this calendar year.

That leaves Oklahoma State in a potentially beneficial spot.

Could five-star recruit Bryce Thompson, who chose Kansas over OSU, be in play if things go especially sidewise? If Self is suspended 20 games or a season or to infinity and beyond, would he consider getting out of his NLI?

I asked him that — more or less — when he committed to KU back in November. Remember: KU was inititally hit back in September, shortly before his commitment. There was less clarity then than now, but Thompson was firm in his response.

“We talked about it,” he said. “We addressed it. I trust Coach Self and he’s made it clear to me. They told me to trust them. My parents know [Self], they know he’s a good guy, he wants me to do the right thing and be on the right path. I trust him in that manner and I’m good with my decision.”

Thing is, things can change. In recruiting, they always change. But as soon as Kansas was slapped with the allegations last fall, penalties were always the expectation for the Jayhawks program. Harsh ones. That KU would be blindsided by a postseason ban or a year-long Self suspension would be folly.

And so with that, I suspect Thompson wouldn’t be blindsided, either. He’s tuned in to the situation. Maybe he waits it out and changes his mind if and when those penalties are handed out. Maybe he sticks it out and goes to KU regardless, knowing that the KU platform is still big and broad enough to build himself into an NBA guard regardless. But maybe he opts to head to Stillwater to play with the presumed No. 1 pick in next year’s draft.

Honestly, no one but the Thompson family knows.

That’s what makes this situation so fascinating. A top-five program in college basketball is at odds with the NCAA and in dispute of what it is alleging. A Hall of Fame coach is in the middle of it. And meanwhile, a five-star recruit destined for the NBA sooner rather than later hangs in the balance of it all.

Thompson will come out just fine regardless of what the NCAA rules, but what happens in the coming months on this situation may ultimately decide what the chryon for his NBA profile reads in the coming years: Kansas product Bryce Thompson, or Oklahoma State product Bryce Thompson? Incredibly, the decision has been made once, but the NCAA could alter the trajectory of two programs with what it ultimately rules in the case.