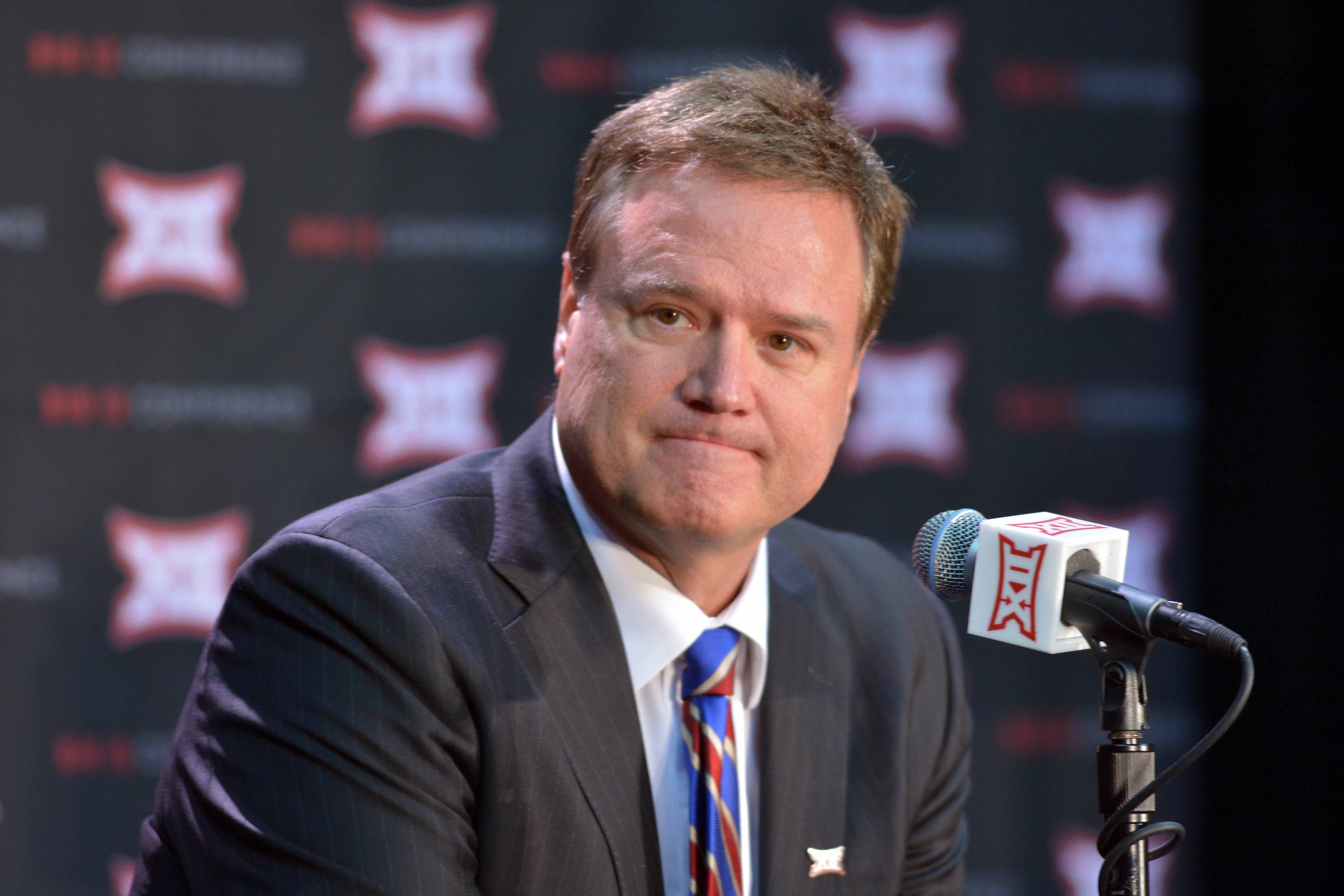 After an eventful week in men’s sports, Director of Athletics Sheahon Zenger announced that Kansas athletics would be making some big yet necessary changes.

Last Saturday, Kansas’s football team, the perennial kickdog of the Big 12 conference, played a close game with No. 5 TCU, very nearly pulling off an upset.

A short four days later, the No. 5 Kansas men’s basketball team lost in a 32-point shellacking to No. 1 Kentucky. Zenger said the answer was clear.

“We’re canceling men’s basketball,” he announced. “All of it.”

While a sudden move, Zenger and men’s basketball coach Bill Self said the need for this decision has been building for quite some time. Kansas football has been gaining prominence recently as basketball has experience a rapid decline. According to Self, it was only a matter of time.

“I’ve been feeling it since last year, around the loss to K-State in February,” said Self. “After I got back from Manhattan, I just sort of wandered around the Fieldhouse. I could feel a change coming.”

Zenger and Self admitted that they were unsure when the change needed to happen, but as the football season progressed the answer became clear.

“At the beginning of the year, I wasn’t really sure if it would be this year or in two years,” said Self, “but when Charlie [Weis] left to coach the coin toss at Texas, I knew it was coming sooner than later.”

Zenger agreed that the loss of Weis as football coach was devastating for Kansas basketball.

“Charlie maintained the balance around here,” said Zenger. “Without him, we can’t put all our eggs in one basket anymore, and why do anything if you can’t do it well?”

Self noted that the recent two-year drought in Final Four appearances also played a significant factor in the decision.

“You know, we’ve been in a rut for a while,” said Self. “We only won 25 games last year, we haven’t won a national title in years. After a while, something’s gotta give. Winning the conference year after year just isn’t enough to justify keeping this charade going.”

As part of ending the program, Kansas plans to help their players transfer to any school of their choice, including members of the Big 12, as soon as possible. While most players intend to continue playing, several admitted that they will likely hang up basketball for other pursuits.

Starting forward Perry Ellis says that while he plans to leave basketball, he is considering other sports.

“I’ve been looking into a lot of opportunities,” said Ellis. “Curling, Australian football, lots of stuff. It’s a long process, but I want to be careful that I choose the sport that’s right for me because basketball was clearly a mistake.”

Self, like Ellis, plans to retire from basketball, saying that he wouldn’t want to coach anywhere and risk doing to their program what he’s done to the Jayhawks.

“I may go into commentating,” said Self, “but Travis [Ford] has told me a lot about getting into acting, so I may try that too. I’m just trying to keep my options open right now.”