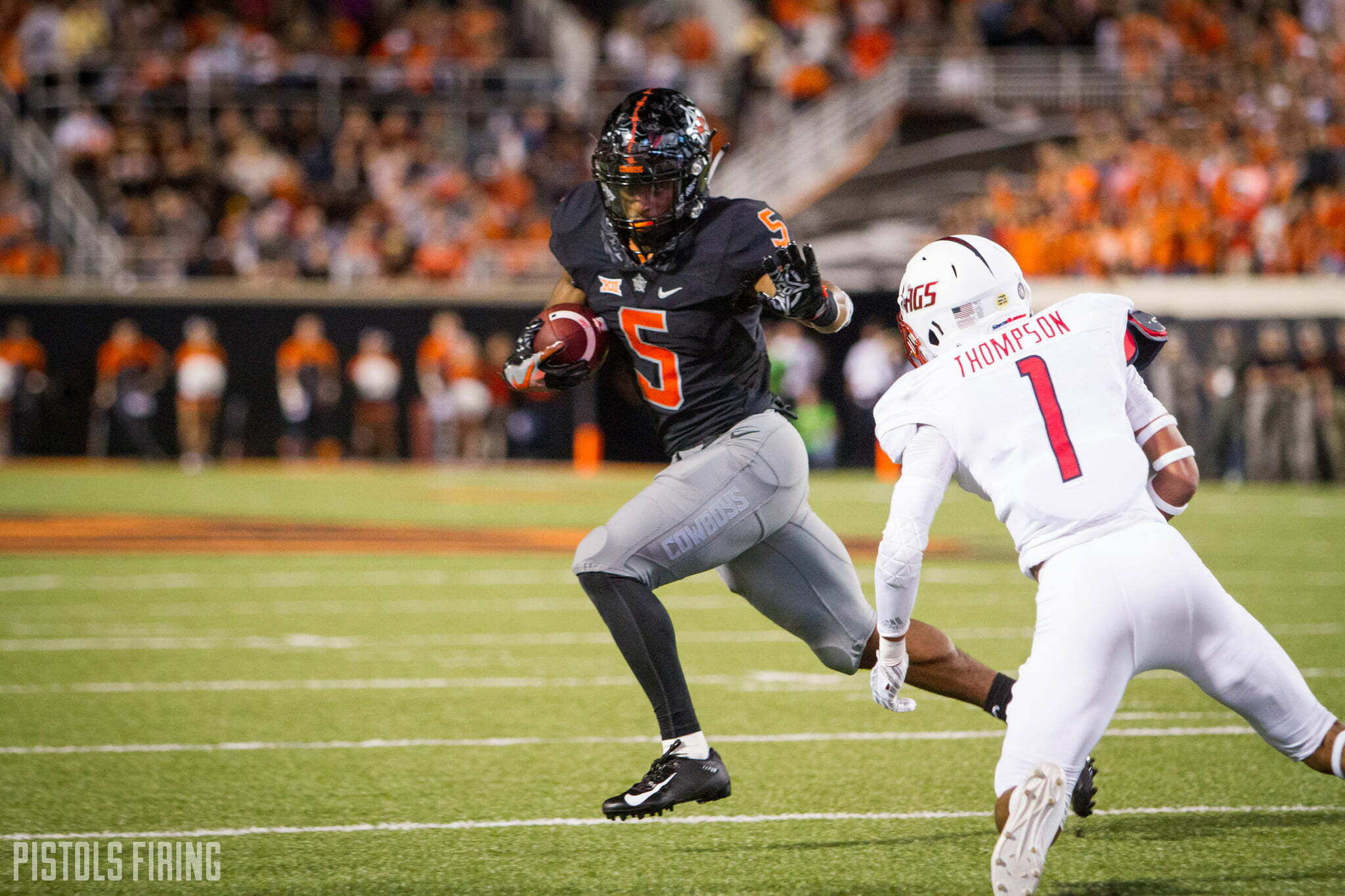 After facing two lower-tier opponents, Oklahoma State faces their first true challenge of the 2018 season this Saturday as the Boise State Broncos head to town.

In order for the Cowboys to beat this talented Boise team, they will need solid performances in all phases of the game.

The Broncos come into this game boasting one of the top statistical offenses in the country. Now, these numbers are slightly skewed as Boise State has also faced two below average teams this season, but nonetheless their offense returns a lot of talent from a year ago and they will be looking to put a slew of points on the board this Saturday. In addition, their defense has been solid so far as well. They returned almost everyone from the 2017 season, except for linebacker Leighton Vander Esch who now plays for the Dallas Cowboys.

Below I’ll cover several keys to the game which I believe Oklahoma State will need to accomplish on offense if they want to come out victorious this weekend. I’ll breakdown the defensive keys to the game in a separate post.

The Cowboys are currently a -2 in turnover margin. Through two games, they’ve lost two fumbles, one on special teams and one by receiver Tylan Wallace, and Taylor Cornelius has thrown three interceptions. On the other hand, Boise State is a +4 in turnover margin, recovering three fumbles and picking off two passes so far this season. The self-proclaimed “Kings of Chaos” will be looking to cause havoc on the defensive side of the ball and seat themselves upon their “turnover throne”.

The Cowboy running backs have shown to be sure-handed through their first 75 attempts this season with no fumbles lost, and they will need to keep this streak going on Saturday. In addition, if Cornelius throws two interceptions again this week, I don’t think the Cowboys will have much of a chance to win this game.

Throws like the ones below aren’t going to cut it against Boise State’s talented secondary.

As Thomas Fleming discussed yesterday, the OSU offensive line faces a tough assignment in blocking the Bronco front four. Boise State ranks 28th nationally with six sacks during their first two outings this season, and they will be looking to boost this number in Stillwater. They return a lot of experience from a year ago and are extremely deep. Also, they are expected to have their talented defensive tackle David Moa back this weekend, and that just makes this defensive line even scarier.

Last week against South Alabama, the Cowboy offensive line had their share of issues run-blocking, but I may be more concerned about their ability to protect Cornelius.  Defensive coordinator Andy Avalos uses a hybrid front that will shift between three- and four-man fronts, and their “STUD” linebacker Jabril Frazier will be looking to cause chaos in the Oklahoma State backfield. I’ll be expecting more from Shane Richards, Arlington Hambright and the entire Cowboy offensive line when it comes to pass protection this Saturday.

This one is obvious, but also so important. The Cowboys had some struggles running the football against South Alabama last week, and they are going to need to correct those issues if they want to beat Boise State. You can’t play one dimensional against Andy Avalos and this Bronco defense.

The 2016 Cactus Bowl is the last time Boise faced a Big 12 opponent. That Baylor Bears team was able to find some success on the ground, 140 yards rushing, and through the air, 375 yards passing, in their 31-12 victory over the Broncos. Baylor’s success in the running game was mostly found through spreading Boise out as wide as they could to gain a numbers advantages. Whether you utilize multiple receivers, or just two, spreading the outside guys to the sideline causes the defense to choose between a numbers disadvantage inside or one-on-one coverage on the outside.

Whatever the Cowboys decide to do in the running game, they need to get Justice Hill the ball. With only 19 carries under his belt this season, Hill could run the ball 25 times against Boise and still be slightly under the 15 carries a game average Gundy “set” for him before the season.

In addition, it wouldn’t hurt to utilize the zone-read with Cornelius (or possibly a Tyron and Corn Dog zone-read option) a little more to keep the defense honest. It looks like TC has been given the “I don’t care what the read is, hand the ball off” advice from the coaches so far, hopefully he’s allowed to open it up a little in this one.