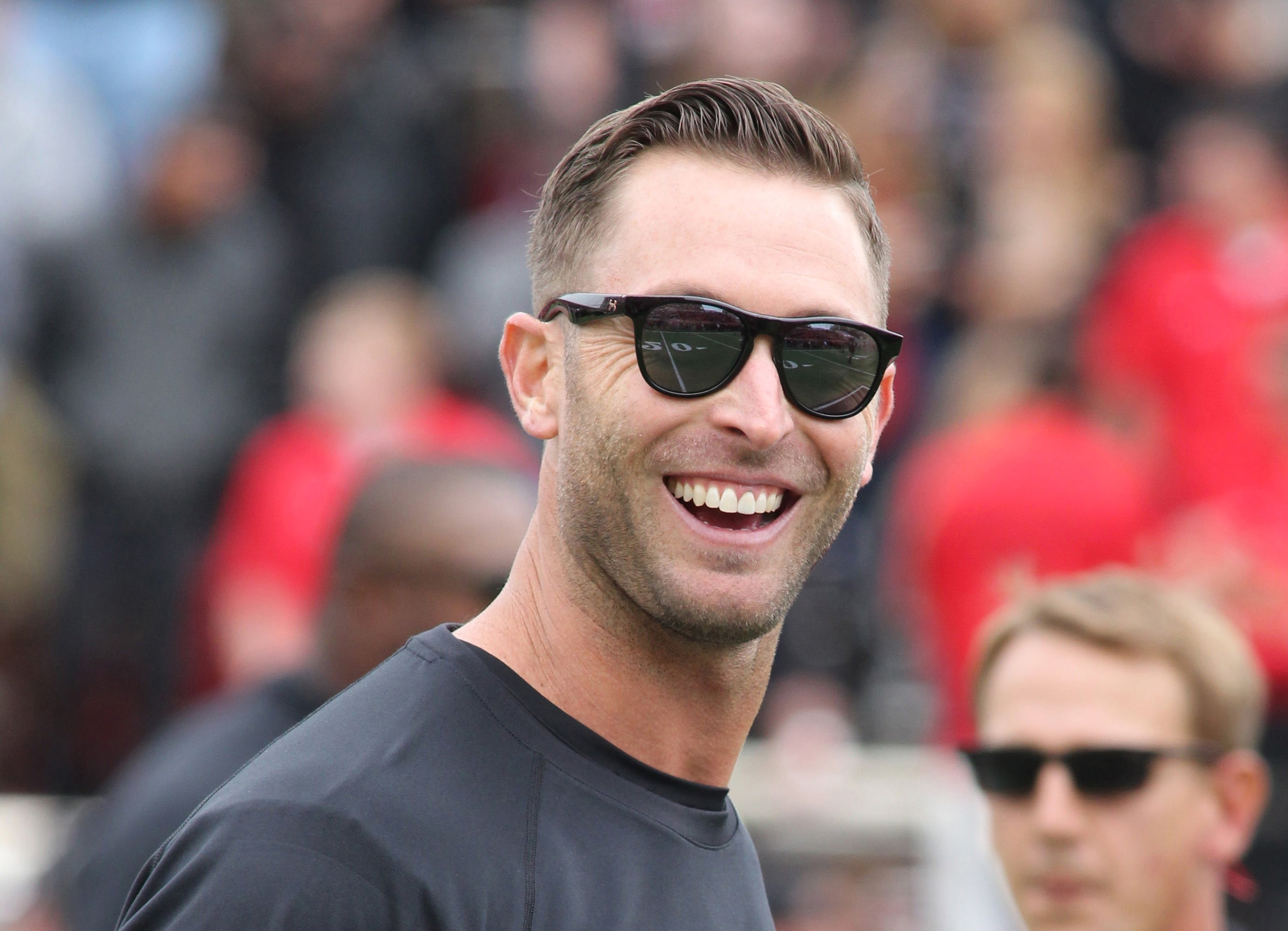 Ed. note: I can’t believe I have to say this but this is a satirical story. It is not real.

Heading into halftime, Texas Tech trailed Oklahoma State 21-14. While Tech’s offense had started off well, OSU was beginning to outpace the Red Raiders in scoring, and the Raiders desperately needed to make adjustments. Enter Tech head coach Kliff Kingsbury with a boombox on his shoulder.

“We really needed to get refocused on defense,” Kingsbury said. “I needed to help them understand what we needed to do to limit their [the Cowboys’] passing game, so naturally I started off with DJ Snake’s ‘Turn Down for What.’”

Kingsbury began the halftime by calling out freshman defensive back Jah’Shawn Johnson. The two danced furiously, constantly switching styles and energy to fit the music until the song was over. In the end, Kingsbury was declared the winner.

“Man, coach can do everything,” Jah’Shawn said about losing the contest. “I think he even twerked for a bit. I ain’t gonna lie, it was kind of weird but awesome at the same time.”

For the second dance, Kingsbury waited for one of the players from his offense to challenge him instead.

“Who’s next?” Kingsbury said pointing at the players circled around him.

Starting quarterback Davis Webb admitted that while he has challenged Kingsbury in the past, tonight was not his night.

“I didn’t feel up for it,” said Webb. “Besides, I knew the next round would be offensive breakdancing and I didn’t want to risk hurting my shoulder.”

Eventually wide receiver Jakeem Grant stepped up, matching Kingsbury spin for spin on the cardboard mat. Despite gaining a lot of crowd support for some early flash, Grant eventually lost steam and Kingsbury managed to win the second round with relative ease.

“I knew it would be tough going up against someone as athletic as Jakeem,” Kingsbury noted, adjusting his sunglasses, “but I’ve danced to ‘Breaker’s Revenge’ since 2001, so I’m pretty comfortable with it.”

After the breakdancing round, Kingsbury requested a brief break and asked for someone to throw him a towel. Backup quarterback Patrick Mahomes grabbed a towel and made to throw it to the coach, but tripped over a bench and dropped the towel into a Gatorade cooler instead.

Kingsbury finished out the halftime by out roboting two special teams lineman at the same time.

Cowboys head coach Gundy is also known for his dance moves, so we showed him a video of the halftime display and asked what he thought of Kingsbury’s performance.

“I thought he did ok,” said Gundy. “He did everything he could, and that’s all you can really ask of anyone.”[1. Ed. note: Later he had something different to say. For real.]

Unfortunately for Tech, Kingsbury’s moves were not enough. The dance-off failed to produce the results Kingsbury had hoped for as Tech fell to OSU 45-35.

After the game, we followed up with Kingsbury and asked if he thought the team would have been more successful if, instead of the dance-off, he’d given a halftime pep talk.

“A what?” asked Kingsbury, pressing play on the boombox and starting another round of DJ Snake.