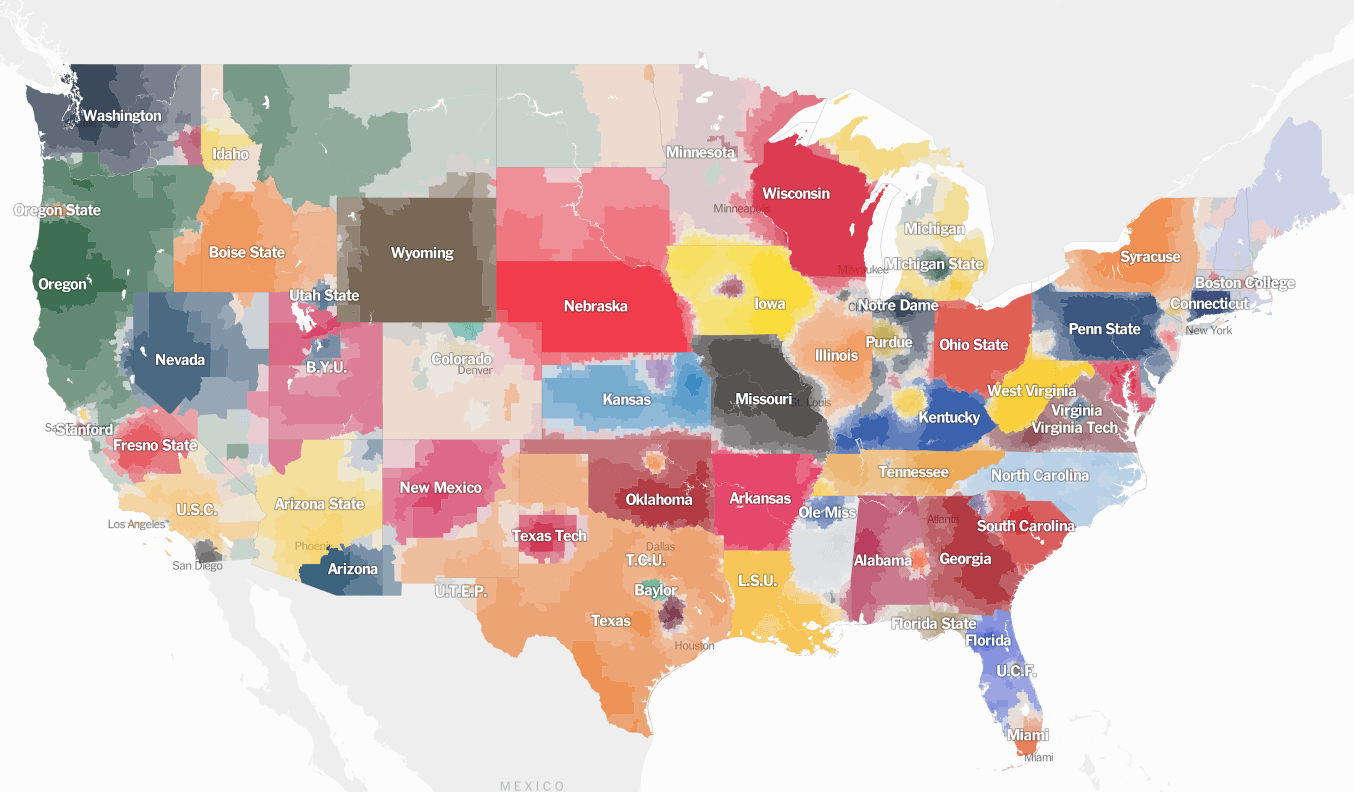 I’ll let them explain how they arranged the data:

Like the other sets of maps, these were created using estimates of team support based on each team’s share of Facebook “likes” in a ZIP code. We then applied an algorithm to deal with statistical noise and fill in gaps where data was missing.

Facebook “likes” are an imperfect measure, but as we’ve noted before, Facebook likes show broadly similar patterns to polls.

And to nobody’s surprise the great state of Oklahoma came up almost entirely crimson. 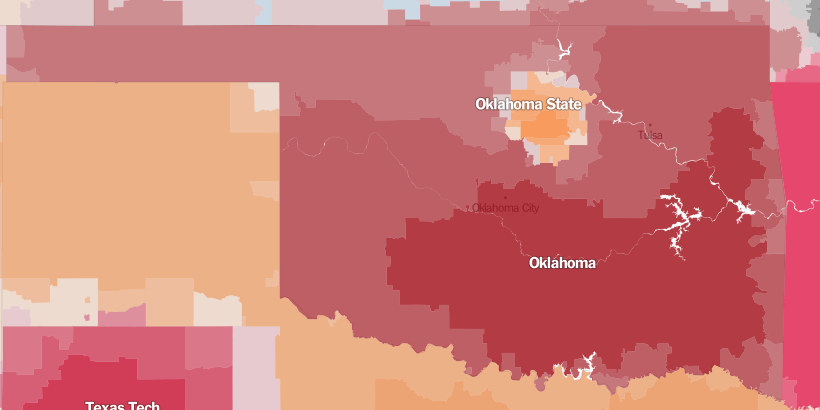 What was slightly more disconcerting, however, is how much crimson there is in the 74074/74075 zip codes.

Take a look at this: 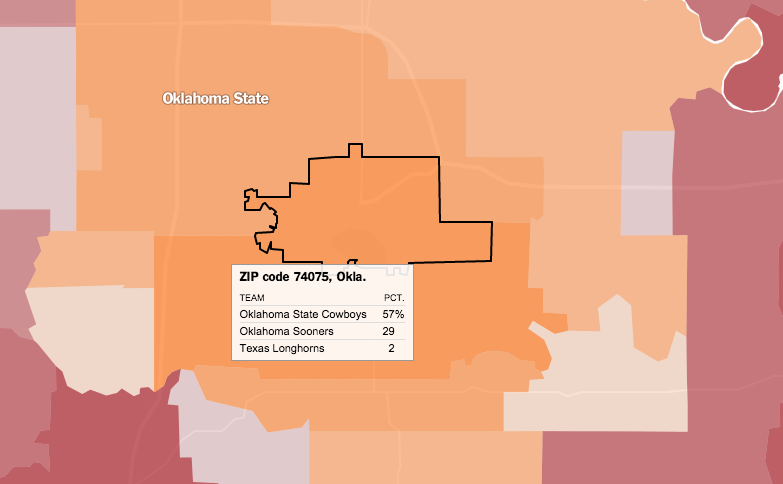 By comparison Norman was 75 percent OU and only 12 percent OSU. Given that this data was pulled from Facebook I like to think that this is just a result of the fact that OU fans are, um, more apt to being on Facebook because they don’t have anything better to do.[1. Unfortunately I know this isn’t the case.]

In the end it’s nothing more than a fun exercise — I really enjoyed parsing the map and seeing which states were most loyal (Wisconsin and Nebraska!) and which were divided.

Finding the pockets is fun too. Looking at you, Ames, Auburn, and Manhattan [beats chest over heart, kisses two fingers, points to sky] we feel you. 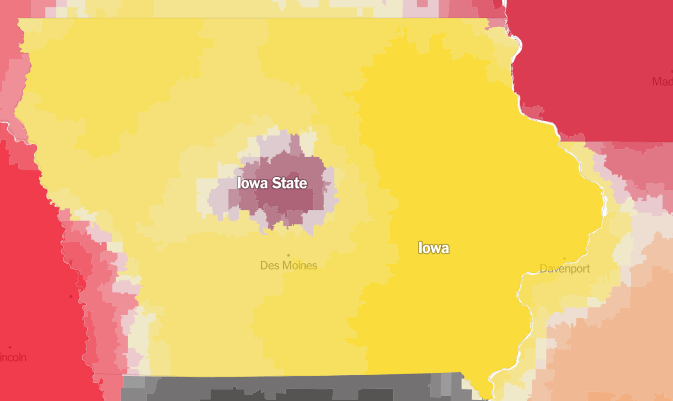