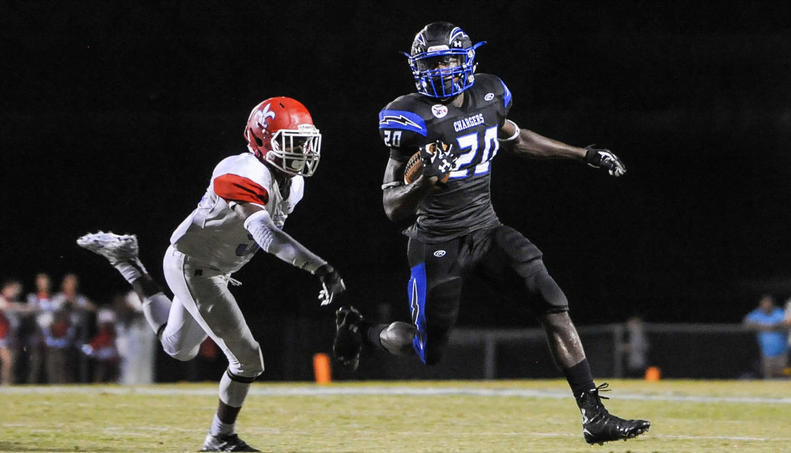 Jordan Sterns is now moving on. As is Derrick Moncrief. That means the safety position for Oklahoma State has some question marks that need answered this offseason.

It’s an area the coaching staff has identified and looked to resolve in this recruiting class, with several prospects coming in who figure to be immediate impact guys if nothing but out of necessity alone.

Here’s a look at how the scholarships look headed into the 2017 season.

As you can see, outside presumed starter Tre Flowers, the safety group is very young. Junior Kenneth Edison-McGruder has played in each season since arriving as a freshman. But outside those two, there are a lot of unproven options that will need to step up. Sophomore Za’Carrius Green, who played a hybrid linebacker in high school, could be an X-factor at the position.

Let’s take a look at the 2017 commits coming in for next season.

Morton, an early-enrollee, appears the most likely to be a day-one contributor. A high school wide receiver and safety, he’s an above average athlete with good coverage skills and had pursuit from many Division I schools before opting to stick with OSU.

Most underrated? McCune, just a three-star athlete from Dallas Christian has a case. He’s a Blue Grey All-American who played all over the field in high school both on offense and defense.

McCune shut down his recruitment early, and chose OSU over offers from KU and Texas Tech. With his more physical build, he and Morton could be the Thunder and Lightning in the secondary in the same way Sterns and Flowers were in 2016.

It’s not everyday you recruit a safety/dual-threat quarterback, but OSU happens to have two in this class. Mwaniki is one. A Denton Guyer product under John Walsh, Mwaniki comes as a well polished product under good coaching. He has the versatility to even switch around in the secondary — and I wouldn’t be surprised to see him wind up at cornerback/nickel back in some packages.

…and here’s the other dual-threat QB who also doubles as a safety.

The Wagoner, Okla. product is a state champion footballer and stud wrestler, who many regard as the best athlete to come out of Wagoner. That’s high praise for a school that also produced the likes of Kevin Peterson.

Oklahoma State was able to sneak him in under wraps, too. The only other school who offered according to 247 was Wyoming. In the short term, it’s hard to project if he will compete immediately. Most freshmen are wild cards. But Rodriguez projects to be a solid contributor and hard-hitter who will be a valuable player for OSU on the back end as a multi-year contributor.

Sterling is the epitome of an Oklahoma State recruit. Undervalued athlete from Texas, minimal interest from across the country, and a late swoop by OSU to get him before he was snatched elsewhere. Three-star from Sunnyvale, Texas.

Overall, this is a solid recruiting class at safety. At one point, OSU was looking to add a junior college contributor to throw in the secondary to supplement the injection of youth. And I wouldn’t be surprised if something came together in the closing days.

But right now, I think OSU is happy with where they are. Several of these, due to cornerback depth issues, could wind up experimenting at other positions to fill depth or help fill some issues where OSU desperately needs help. The coaching staff has recruited several versatile prospects and will have the luxury of doing so if they choose.