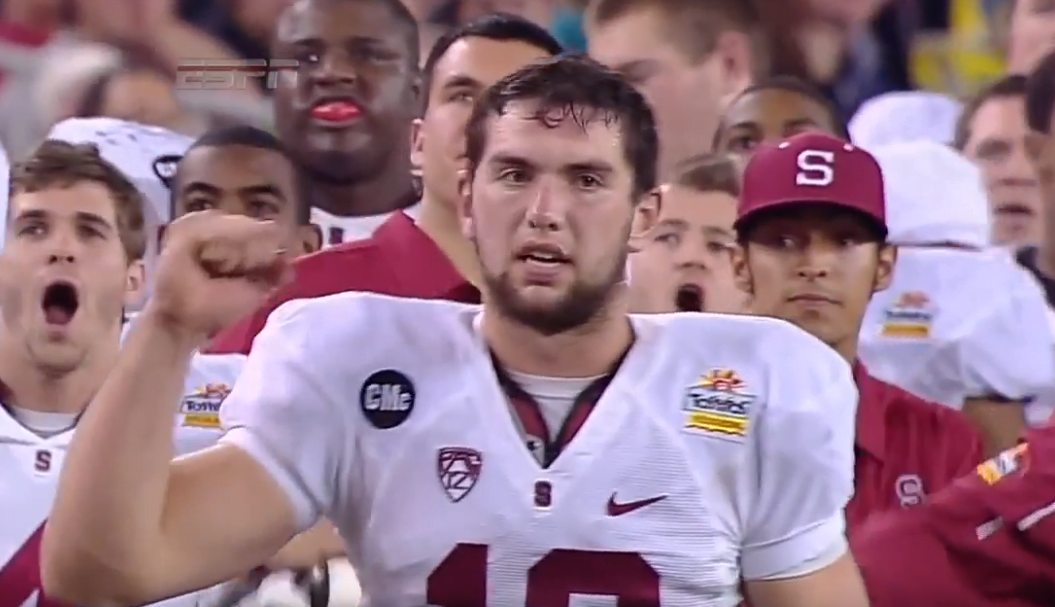 Stanford and Oklahoma State were tied at 21 at halftime of their Fiesta Bowl meeting. We’ll pick back up in the third quarter as part of our “Looking Back” series.

• Oklahoma State starts the second half with a punt, and Andrew Luck leads a methodical, eight-play, 59-yard touchdown drive. It was finished off with a 16-yard touchdown pass to Zach Ertz. OSU just can’t seem to get ahead. If the Pokes were able to get ahead early, I think this thing might have had route potential because it would’ve taken Stanford away from it’s run, run, run, play-action pass offense. But Luck is just too good to let that happen. 28-21 Cardinal.

• Justin Gilbert returns the kickoff to the 50. He was a stud on defense and in the return game.

• Cowboys go three-and-out after Josh Cooper dropped a third-down pass. I gasped when he dropped it because he is usually so sure-handed.

• Sharp drills the punt to the dome’s ceiling, and it gets downed on the 3. It’s crazy to think his pro career never took off. True freshman Josh Stewart downed the punt. It’s funny to see him as a gunner.

• Stanford fumbles on its first play of the drive, and Markelle Martin falls on it at Stanford’s 4.

• There wasn’t too much time for the OSU faithful to celebrate that, though, as Cowboys couldn’t get in the end zone in the next three plays, and Quinn Sharp had to hit a 19-yard field goal. The Stanford defense was stingy, and OSU’s run game just wasn’t hanging. 28-24 Stanford.

• Luck’s play-action rating on Madden his rookie year had to be in the 90s: 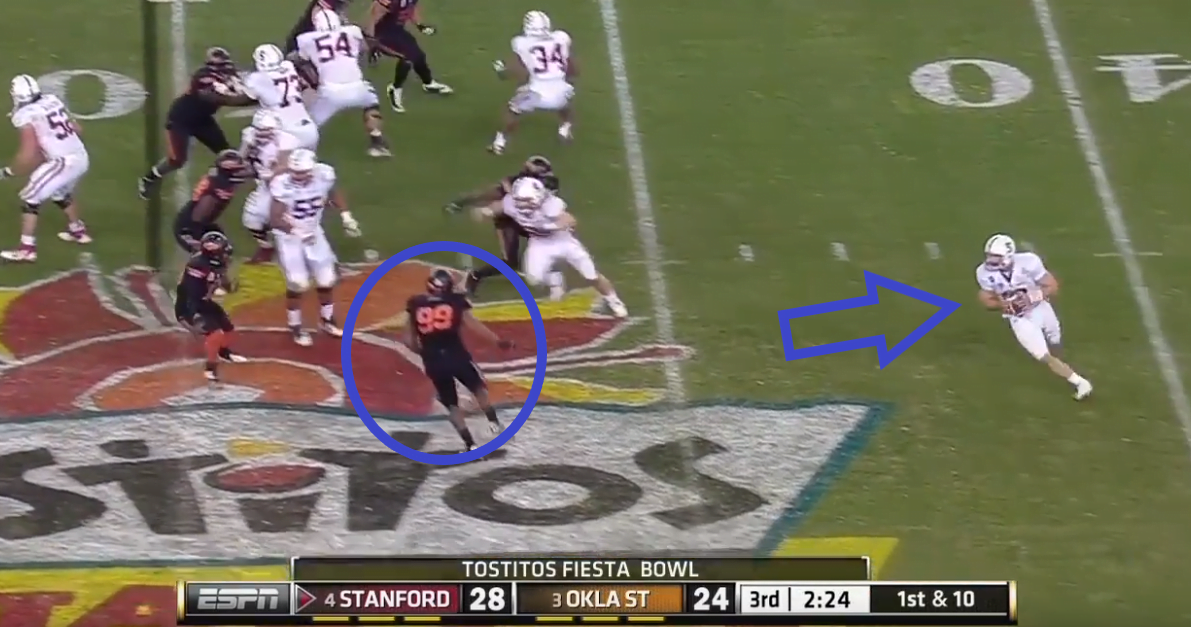 • Jamie Blatnick is a guy who kind of flies under the radar from OSU’s 2011 team, but he was a stud. He ended the season with a team-best eight sacks, and the most beautiful of them all probably came on this drive. Stanford’s running back dove at Blatnick’s knees, but Blatnick hurdled him and crushed Luck from behind.

• The TV broadcast mentioned he benched 500 pounds. People who bench 500 pounds shouldn’t do this: 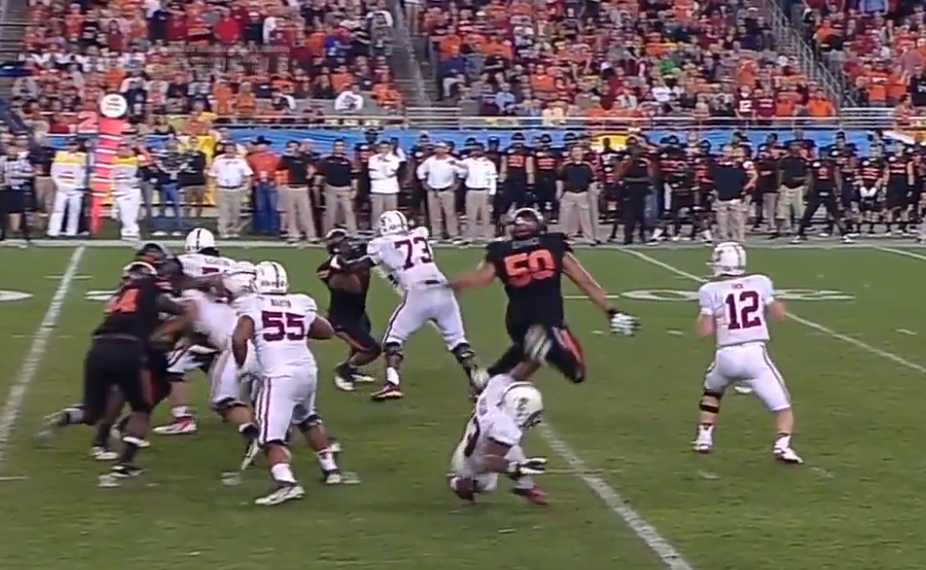 • The quarter ends with Stanford facing a third-and-13 on OSU’s 23.

• Stanford had 135 yards in the quarter to OSU’s 15. In the game thus far, the Cardinal are winning that battle 442-265. It’s hard for OSU’s offense to beat you when it isn’t on the field, and Luck has done a great job of keeping Weeden and Blackmon on the sideline thus far.

Not a lot happened in that quarter, and that’s where we’ll leave it for today. It’s 28-24 Stanford, and we’ll go over the fourth quarter tomorrow.