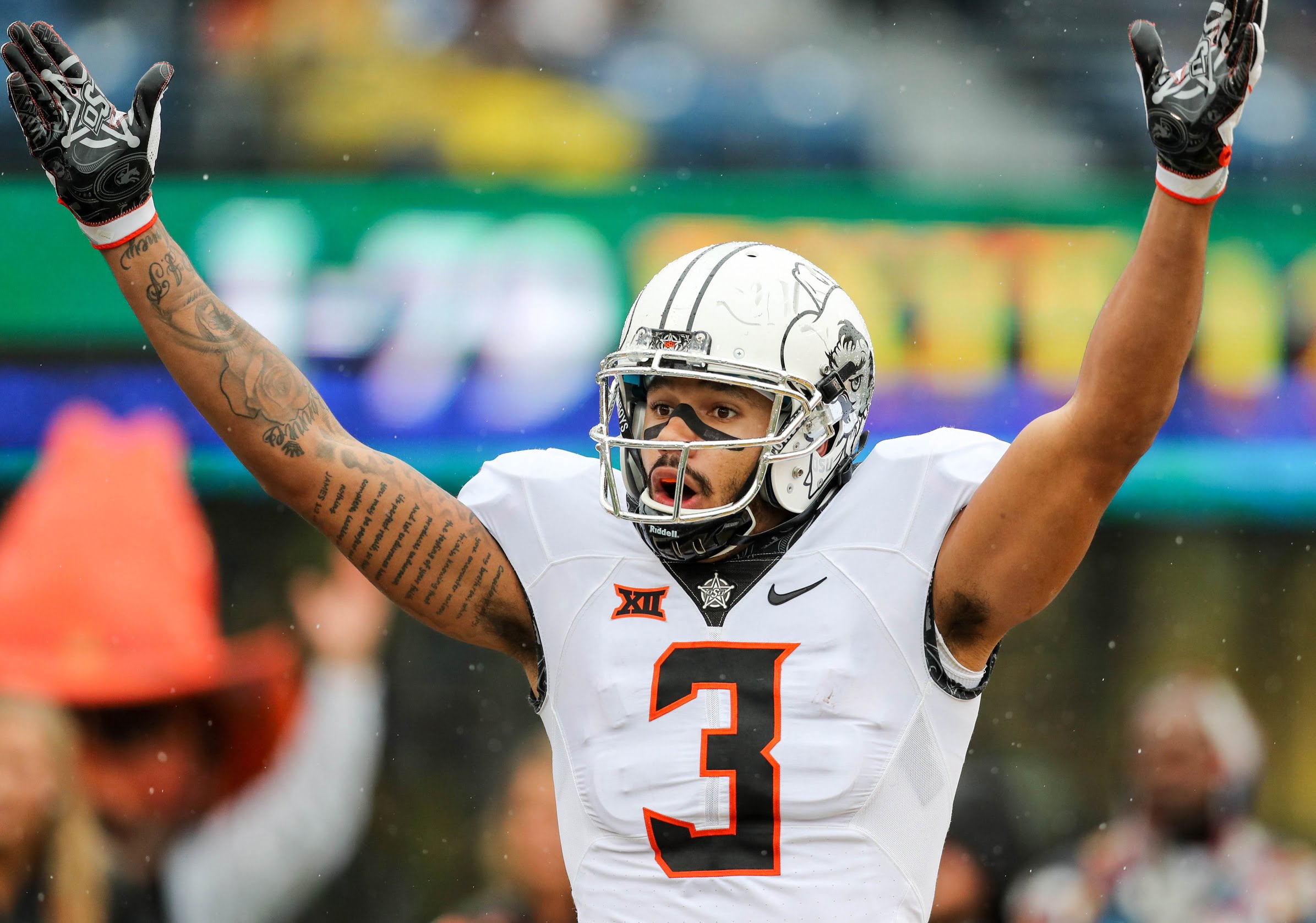 Marcell Ateman had a huge comeback/coming out party in 2017. After missing all of last year with injury, the senior wideout filled up stat sheets and YouTube search fields alike.

His exploits have earned Ateman an invite to the Reese’s Senior Bowl which will take place on January 27, 2018 in Mobile, Alabama. Oklahoma’s Dimitri Flowers and Iowa State’s Allen Lazard were also invited from the Big 12.

“Marcell has a gift,” said Gundy. “He has a special ability to go up and get the ball. He’s a basketball player. That part of what he brings to the table is huge for our team.”

The exhibition will allow NFL scouts to get another look at Ateman, and to salivate at his tangibles – a rare combination of size, speed and quickness and fantastic hands.

Chris Trapasso of CBS Sports even had Ateman being selected with the 24th overall pick of next year’s NFL Draft in his 2018 mock draft.

Ateman and fellow senior James Washington are Oklahoma State’s first wideout duo to reach 1,000 yards receiving each in the same season. He currently sits at No. 7 all-time at Oklahoma State with 2,359 receiving yards, just 165 shy of Dez Bryant. And he’s got one more chance to add to his resume in his Camping World curtain call.