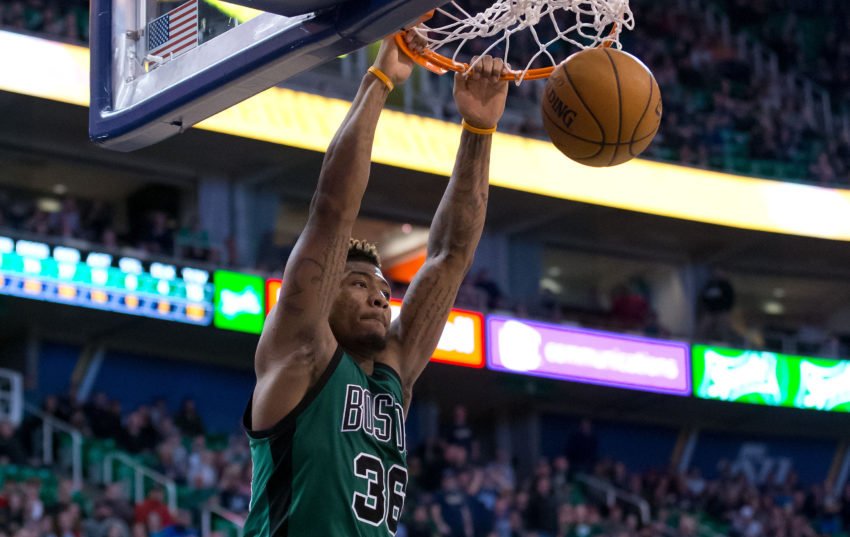 The New Orleans Pelicans may have already stolen the show on the 2017 NBA Trade Deadline with their heist of DeMarcus Cousins from Sacramento, but another deal involving two familiar faces could be in the works.

According to Zach Lowe of ESPN, the Boston Celtics have discussed a trade for soon-to-be free agent forward Blake Griffin with the Clippers. It could potentially deal a package of forward Jae Crowder and one of their young star guards, Avery Bradley and Marcus Smart, in addition to future draft picks. The report includes that the Celtics would need assurance that they would be able to speak to Griffin on his future, as he will be a free agent in just a few months.

While a deal may still be unlikely, this is not the first time the Celtics have been linked to a superstar. They’ve also had internal discussions surrounding Boogie Cousins (before being dealt to New Orleans), Jimmy Butler of the Chicago Bulls, and Paul George of the Indiana Pacers.

Dealing for Butler carries some risk if the Bulls gore Boston. Swap the 2017 Nets pick, Jaylen Brown, Smart, and at least one other non-Nets first-rounder, and you’ve tossed away a lot of your future to build a team that still might not be on Cleveland’s level. LeBron is that good. What if you’re left with a good team, but not a great one, as Horford approaches his mid-30s — and Thomas demands a max contract?

Smart is in the middle of a modest bounce-back year in his third season in the NBA, improving his Player Efficiency Rating to 12.1 (up from 11.3 last year), a 49.3 True Shooting percentage (up from 46.3 percent last year), and a line of 10.4 points per game, 4.6 assists per game, and 3.9 rebounds per game for the Celtics, who sit at an impressive 37-20 and the No. 2 spot in the Eastern Conference.

Smart/Bradley have been dangled before by the Celtics, who believe a star player to pair with point guard Isaiah Thomas could push them over the top in the East, as they try to catch LeBron James and the Cleveland Cavaliers.

Los Angeles and the opportunity to play alongside Chris Paul could be a terrific situation for the former Cowboy star guard to land in. And wouldn’t it be crazy to see one of the best Pokes ever traded for one of the best Sooners ever.