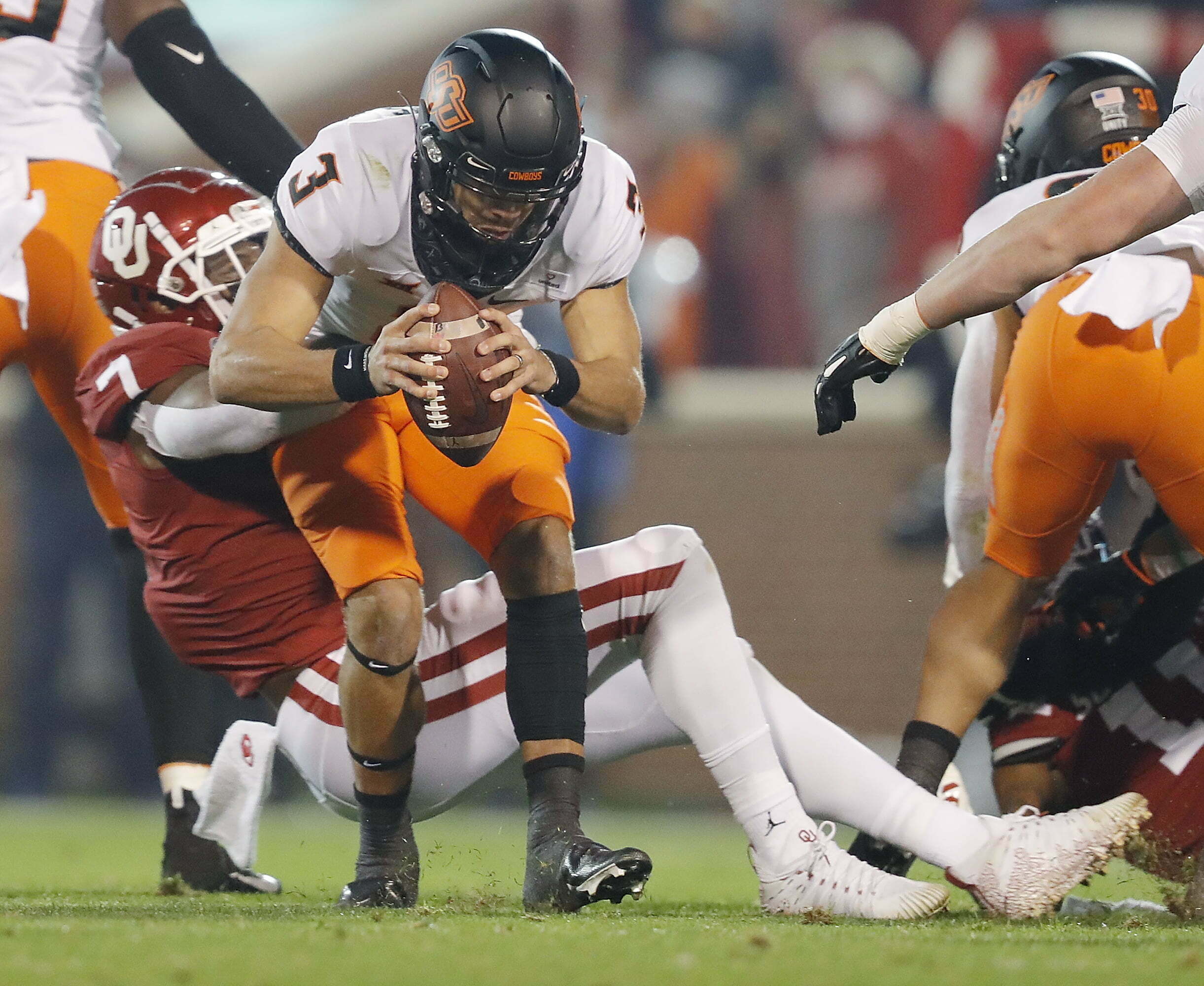 Anticlimactic is a good way to describe Bedlam 2020.

Oklahoma beat Oklahoma State 41-13 on Saturday in Norman with College GameDay in town to see the two ranked teams face off. It was doomed from jump street for the Pokes. Here is my notebook from the contest.

This play was reviewed and upheld, but I am not so sure about it: