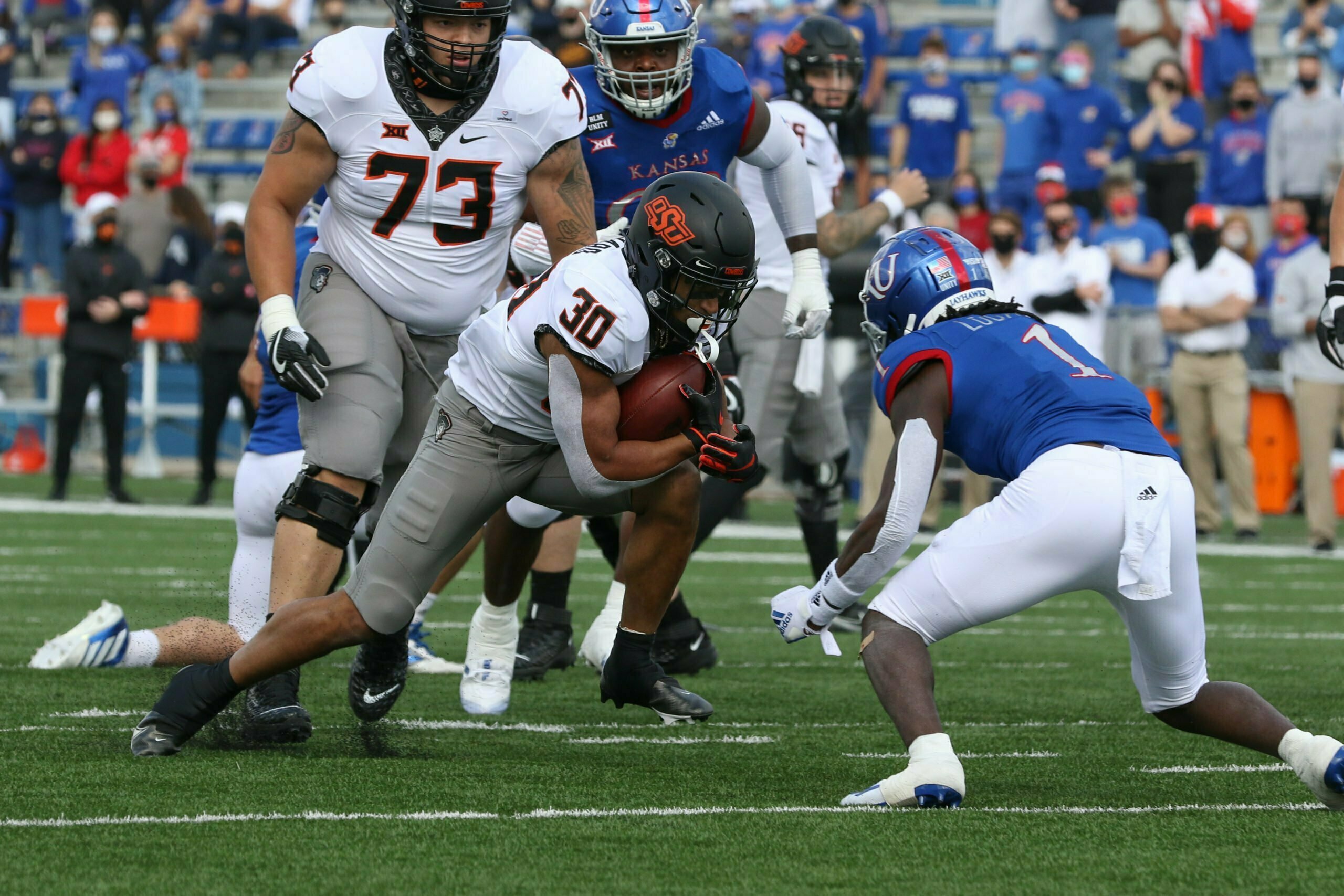 Oklahoma State’s dismantlement of Kansas started exciting, but it devolved to a point where Saturday afternoon’s game in Lawrence was just sad.

The Cowboys thumped KU 47-7 on Saturday. I laid out my 10 thoughts on the game here. Here is my notebook from the Pokes’ third win of the year.