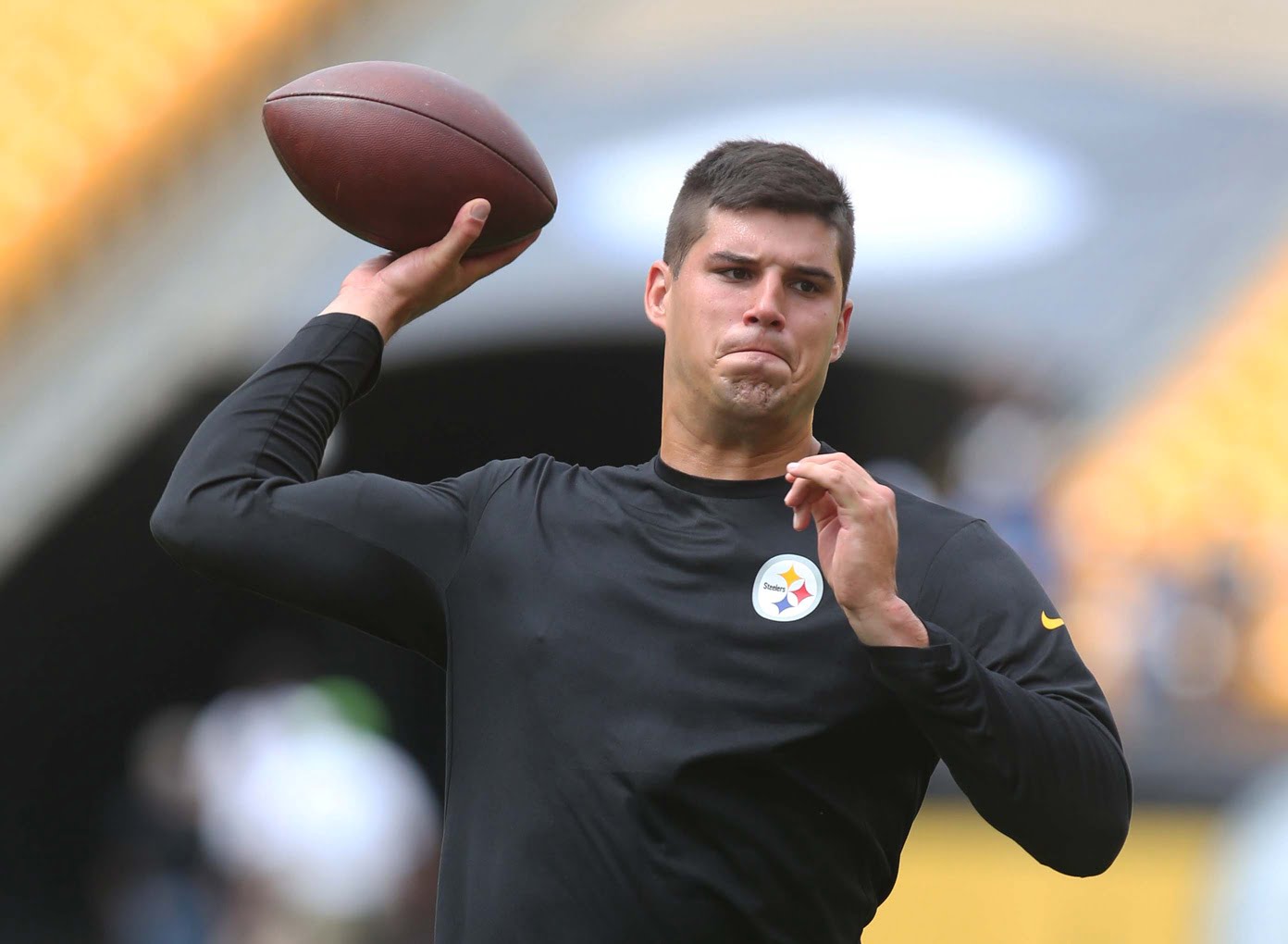 A fresh crop of NFL hopefuls are currently counting the days, not weeks, to this year’s NFL Draft. One year removed from that whirlwind, Mason Rudolph is still focused on making his first on-field impact for the Pittsburgh Steelers.

Rudolph, a projected first round pick by some, fell to the Steelers in the third round where the teams’ brass snatch him up with a pick gained in trade. But the perceived long-term replacement for Ben Roethlisberger never saw the field, even with longtime QB2 Landry Jones departing the Steel City. It was second-year pro Josh Dobbs that took the second-team reps while Rudolph waited in the wings.

But this is a new year, and Rudolph is 12 months more experienced in the NFL and in the Steelers organization. He’s now getting his first chance to go through a full NFL offseason, and he’s taking advantage.

According to Steelers.com, Rudolph has spent recent weeks working out at the team’s practice facility’s weight room on his own. While each player is free to get as much work in as he wants on his own, the league’s collective bargaining agreement restricts “official” work with the team and coaches to strength and conditioning and physical rehab during Phase One, which for the Steelers began April 15.

Phase Two will start in the third week of the offseason program and includes on-field work for individuals and on a “separates” basis and lasts for three weeks. Phase Three takes place the final four weeks and consists of OTAs including 7-on-7, 9-on-7 and 11-on-11 drills without live contact.

But Rudolph has been getting his own work in. He’s determined to be more than a clipboard holder and a headset rack in 2019, and is taking a proactive approach to his preparation.

“I need to do a lot,” Rudolph told Steelers.com earlier this month. “I need to keep our offense fresh in my mind this offseason. The last thing you want to do is not revisit stuff and look back at Week 2 and say what did we call here, what was effective, what could we have called better, what worked.

“You have to do a self-scout evaluation of each game, even if you weren’t playing. Go back and watch it again and stay in the playbook.”

When he couldn’t get on the team’s field himself, he found a place for he and his teammates to get in work together, including current and former mate James Washington.

“I have been throwing consistently, three times a week the last three weeks,” said Rudolph. “There are some fields in the area here we have been going to. We have had a good group together working. There are some guys who haven’t been in town, so to get everyone together now is great.”

Earlier in the offseason, Rudolph even said that he’s worked with an outside QB coach. There’s no word on which, but it’s unlikely to have been former OSU quarterback Zac Robinson, who he has previously worked with. Robinson has since taken a position coaching the position for the Los Angeles Rams.

But his efforts haven’t been singularly focused on his own game. Rudolph, who as a consummate leader in college, was noted for his leadership skills from Day 1 with the Steelers last summer, and he’s continuing that in preparation for his sophomore year.

“I keep hitting up the receivers and the guys you are going to spend time with in OTAs and making sure they are constantly trying to better themselves and they are learning,” said Rudolph. “Now that I have almost a full year under my belt I have the relationships. It’s easy to get on the phone with a guy and review something or get in person with them and kind of talk through some specific routes.”

Rudolph’s long-term future in the NFL and with the Steelers depends largely on 16-year veteran Ben Roethlisberger, now entering the final year of his contract, and how much longer he keeps a firm grasp on the reins. But Rudolph’s immediate future depends on how well he shows out starting with this offseason’s team activities and throughout camp.

In 2018, Roethlisberger — who seemed invigorated (to put it kindly) by Pittsburgh’s Day 2 quarterback selection — played all 16 games for the first time in five years and just the fourth time during his career. Still, Dobbs saw action in five games earning valuable experience along the way. That’s where Rudolph wants to be this fall.

Just like he learned during his time at Oklahoma State, one play can change a season and mean an opportunity for the backup. Rudolph’s current focus is earning that QB2 spot where he can be the next man in, and he’s taking it seriously.