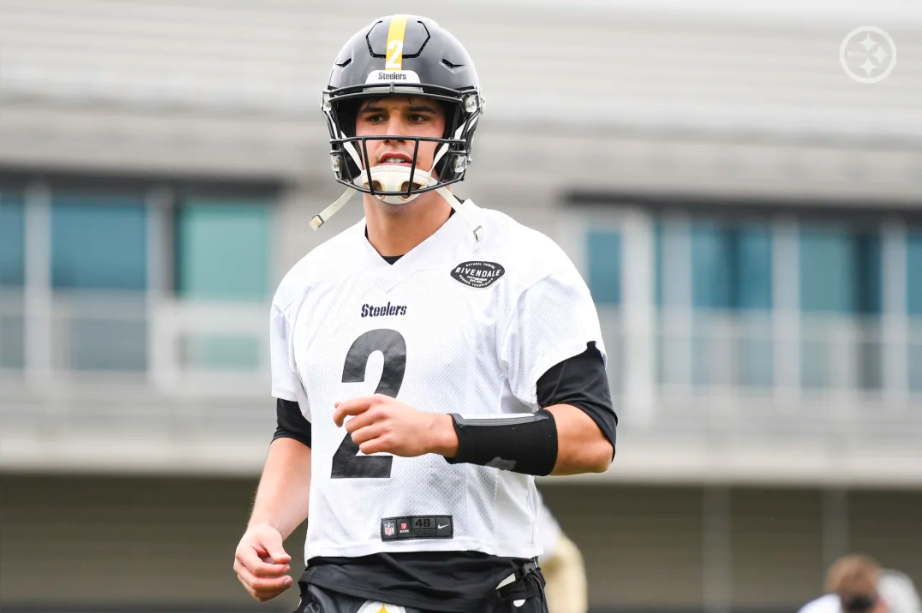 Mason Rudolph seems to have walked back his previous comments about Myles Garrett and the incident that resulted in the two being the talk of the NFL, and of Twitter, over the last week. Or at least, he’s had time to reflect on what was an emotional scene.

On Wednesday, Rudolph met with media members at the Steelers practice facility and addressed last Thursday’s on-field scuffle that ended with Garrett dropping a Rudolph-sized lid atop the second-year passer’s head.

“I should’ve done a better job handling that situation,” Rudolph said, according to ESPN. “I have no ill will towards Myles Garrett. Great respect for his ability as a player. And I know that if Myles could go back, he would handle the situation differently.

“As for my involvement last week, there’s no acceptable excuse. The bottom line is I should’ve done a better job keeping my composure in that situation and [not] fall short of what I believe it means to be a Pittsburgh Steeler and a member of the NFL.”

Immediately following the fight that broke out on what would be the final snap of the game, Rudolph called Garrett’s actions “cowardly” and “bush league.”

Rudolph did go on to defend his actions in regards to the topic of popular Twitter discussions and theories since Thursday night. Rudolph was asked about video that appears to show him try to remove Garrett’s helmet while Garrett was on top of him — and before everything escalated.

“Like I said, the way he took me down late, it was basically the last play of the game, I was just trying to get him off from on top of me,” said Rudolph.

He did reiterate that he wanted to do a better job of keeping his composure. ESPN’s Adam Schefter reported that Rudolph would be fined by the NFL for his part in the altercation. Garrett was suspended by the league for the remainder of this season and his appearance at the league office took place on Wednesday.

The two teams will reunite after a short turnaround when the Browns head to Pittsburgh on December 1.