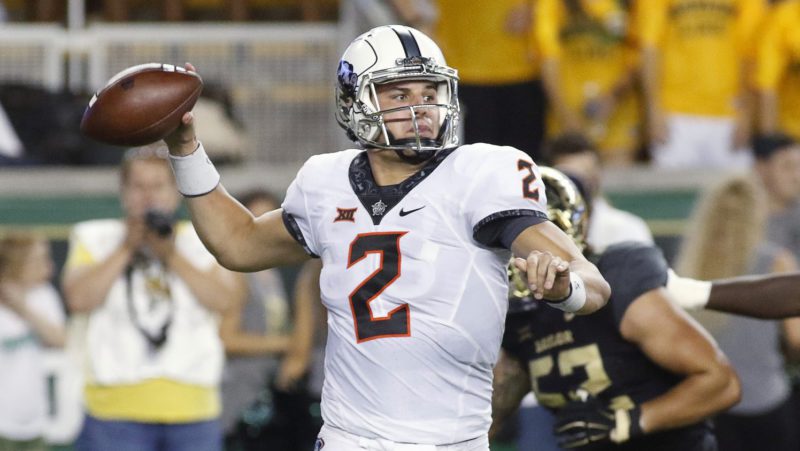 One month ago, Bovada released odds for the 2017 Heisman trophy winner. Mason Rudolph ranked 10th among potential candidates at 12/1 odds — behind only Baker Mayfield in the Big 12 (11/2).

On Monday, Bovada released their updated Heisman odds and Rudolph dipped to 14/1.

Here’s a look at the current odds.

The Sam Darnold hype train is hitting TOP SPEED as he opened as the Heisman favorite over at Bovada pic.twitter.com/jhD7d9B7u9

OU’s Baker Mayfield was the favorite but dropped to 13/2, now tied for second with 2016’s Heisman winner Lamar Jackson. USC’s Sam Darnold jumped from 9/1 to 4/1 now the odds-on favorite according to the betting service.

Mayfield gets a lot of attention nationally but Rudolph, from a statistical standpoint, could make a case his was just as good. He threw for more yards and had a better touchdown-to-interception ratio (best among Power-5 QB’s). Mayfield will be without his three best skill players from last year in Mixon, Perine and Westbrook.

Rudolph will definitely have a chance to make his case in 2017. With a loaded offense and a getting all the big boys at home in 2017, Rudolph and the Cowboys have as good a shot at the Big 12 title this year as any.

Regardless of how he measures up according to Heisman voters, Rudolph and his team are poised for a special season in 2017.