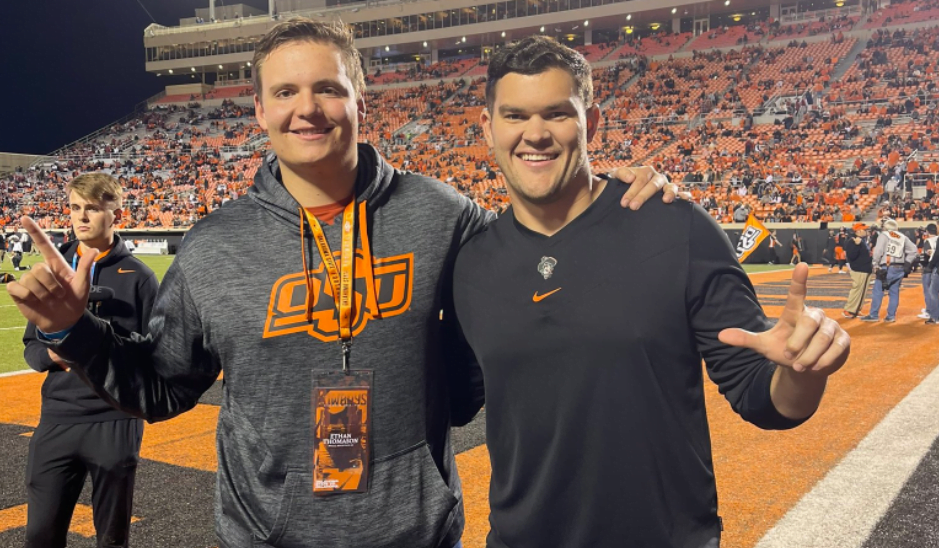 Thomason is a three-star recruit in the 247Sports Composite rankings. The Fort Collins native ranks 669th in his class overall, 58th at his position and sixth in his state. Among offensive line recruits from Colorado, only Joshua Bates, an OU commit, ranks higher.

OSU has made a concerted effort to replenish its offensive line position with youth in the 2023 cycle, and its pursuit of Thomason is further evidence of that. Already in the class they’ve secured commitments from two offensive linemen — an interior lineman and a tackle prospect — and it’s clear they’re gunning for at least one more (and probably more).

Thomason’s current crystal ball at 247Sports reads in favor of BYU as things stand now, but both those projections came early last football season. So I wouldn’t count OSU out. Charlie Dickey has done a great job on the recruiting trail since taking over, plus Thomason has reciprocated interest having visited last season for the Bedlam game.