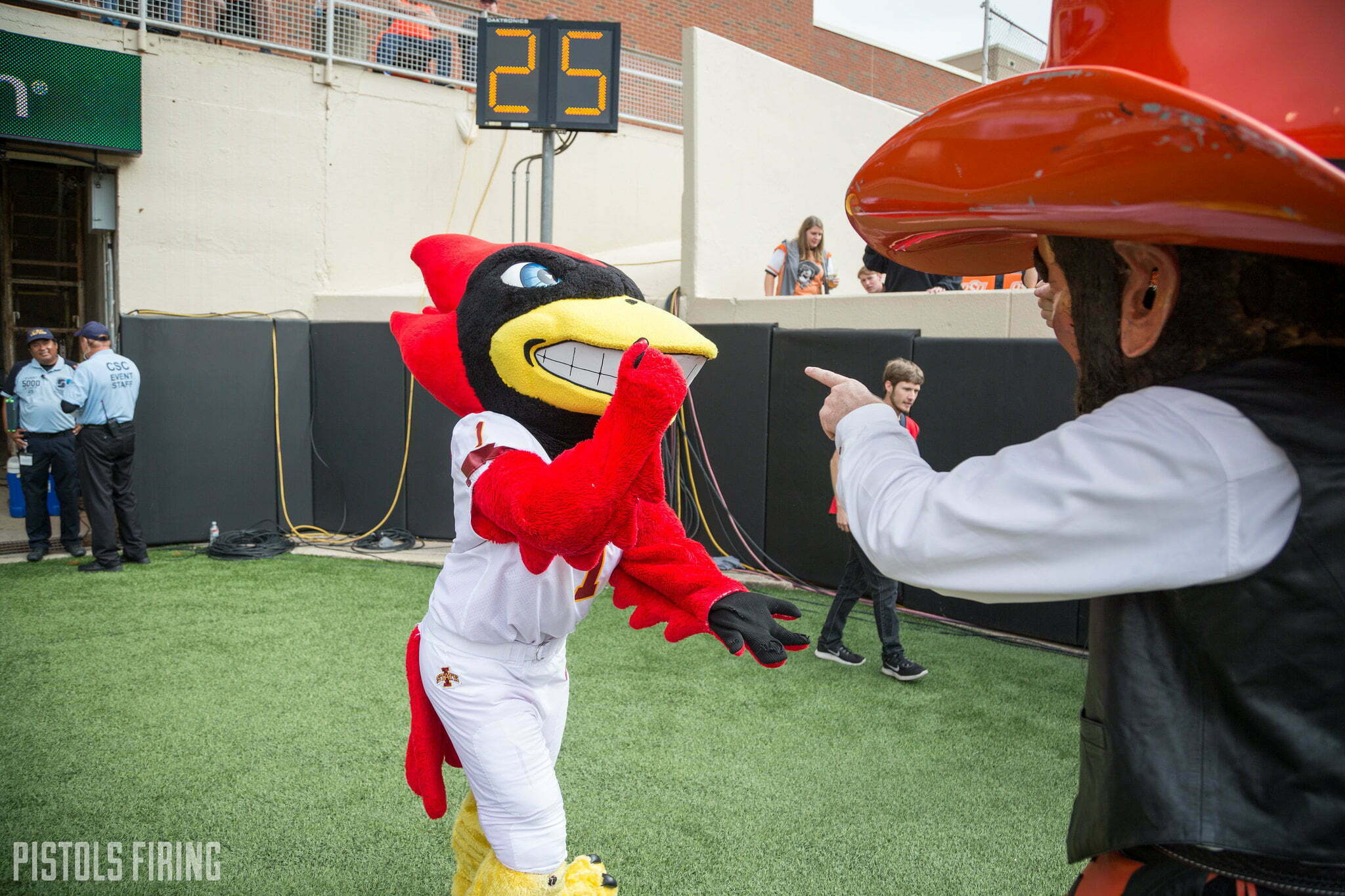 The Cowboys are off to a 1-3 Big 12 start, but the potential the Pokes’ playmakers have still makes them a tough out.

A season ago Oklahoma State and Iowa State got in a 90-point slugfest that ended in a Cyclone victory against. OSU scored 42 of those points, a number the Cowboys haven’t hit in a game since their first two this season. Despite struggling offensively compared to previous seasons, Iowa State coach Matt Campbell said he isn’t sleeping on the Pokes.

The main playmaker for the Cowboys this season has been Chuba Hubbard. Hubbard leads the country in rushing by 297 yards.

Hubbard was RB2 behind Justice Hill in last season’s game against the Cyclones, where Hubbard had only two carries for 22 yards.

“He’s a complete tailback,” Campbell said. “I think the thing for me that’s so impressive is his ability to make all the runs, his ability to catch the ball out of the backfield. We’ve been fortunate in my time to be able to coach some really good running backs, and he’s got all the qualities that great running backs have the ability to do.”

Spencer Sanders has struggled in his redshirt freshman season, especially lately. Sanders has eight turnovers in OSU’s past two games, both losses.

Although Sanders’ numbers haven’t looked great to this point, Campbell said the Cowboys have “sheer ability that jumps off the film.” Campbell said you can almost see Sanders’ evolution happening.

“Elite arm strength, elite escape ability, making elite plays with great consistency right now,” Campbell said. “It’s as dynamic as an offense we’ve faced so far. They’re really impressive. I think when you have some of those elite playmakers, it gives you the ability to overcome maybe a bad bounce here or a bad situation here and continue to put yourself and your team in a really good situation to be successful. They’ve been able to do that on the offensive side.”