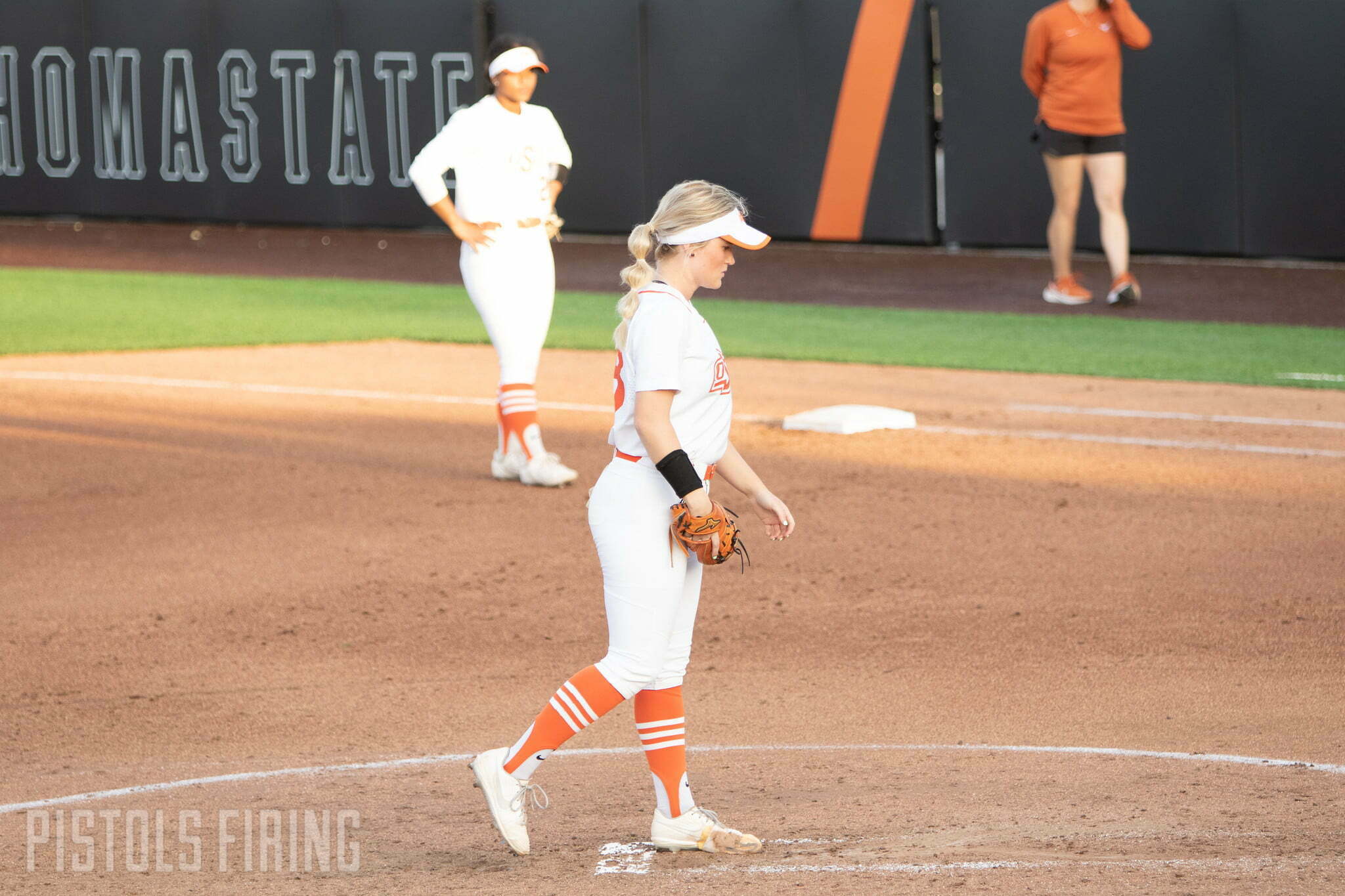 Kelly Maxwell is a disruptor in the Sooners’ dominance over the Big 12 awards.

The league announced its season awards ahead of the Big 12 Tournament, and Kelly Maxwell was the only non-Oklahoma player to earn an award, as she shares Big 12 Pitcher of the Year with OU’s Jordy Bahl. Maxwell was also named to the All-Big 12 First Team alongside teammate Miranda Elish.

In 26 appearances this season Maxwell, a redshirt junior from Friendswood, Texas, has a 1.37 ERA and a 15-4 record. She has 228 strikeouts, which leads the Big 12 by 29. Her strikeout tally is higher than any player OSU has had since 2014 and ranks eighth on OSU’s program list for most in a season.

Carwile, a sophomore from Purcell, broke into OSU’s starting lineup this season. Her .367 batting average is a team best, as are her 47 hits and 11 doubles.

Factor, a senior from Yukon, is tied for the team lead with 10 home runs while hitting .319. She was on the All-Big 12 Second Team last season and made the league’s Freshman Team in 2019.

Naomi, a senior from Louisiana, was a First Team selection last season and made the All-Big 12 Freshman Team in 2019. She is hitting .227 on the year with 18 RBIs and five home runs. OSU’s shortstop, Naomi also has 46 put-outs and 54 assists this season with a .943 fielding percentage.

Pennington, a graduate student from Sand Springs, leads the Cowgirls with 41 RBIs on the year while hitting .319. She also shares the team lead with 10 home runs. Pennington was an All-Big 12 Freshman Team member in 2018.

Evans, from Red Oak, Texas, is hitting .295 in her freshman season with three home runs and 10 RBIs.

Here is a full look at this season’s Big 12 softball awards:

Up Next for the Cowgirls

The Cowgirls are in Oklahoma City this weekend for the Big 12 Tournament. OSU plays Kansas 3 p.m. Thursday.