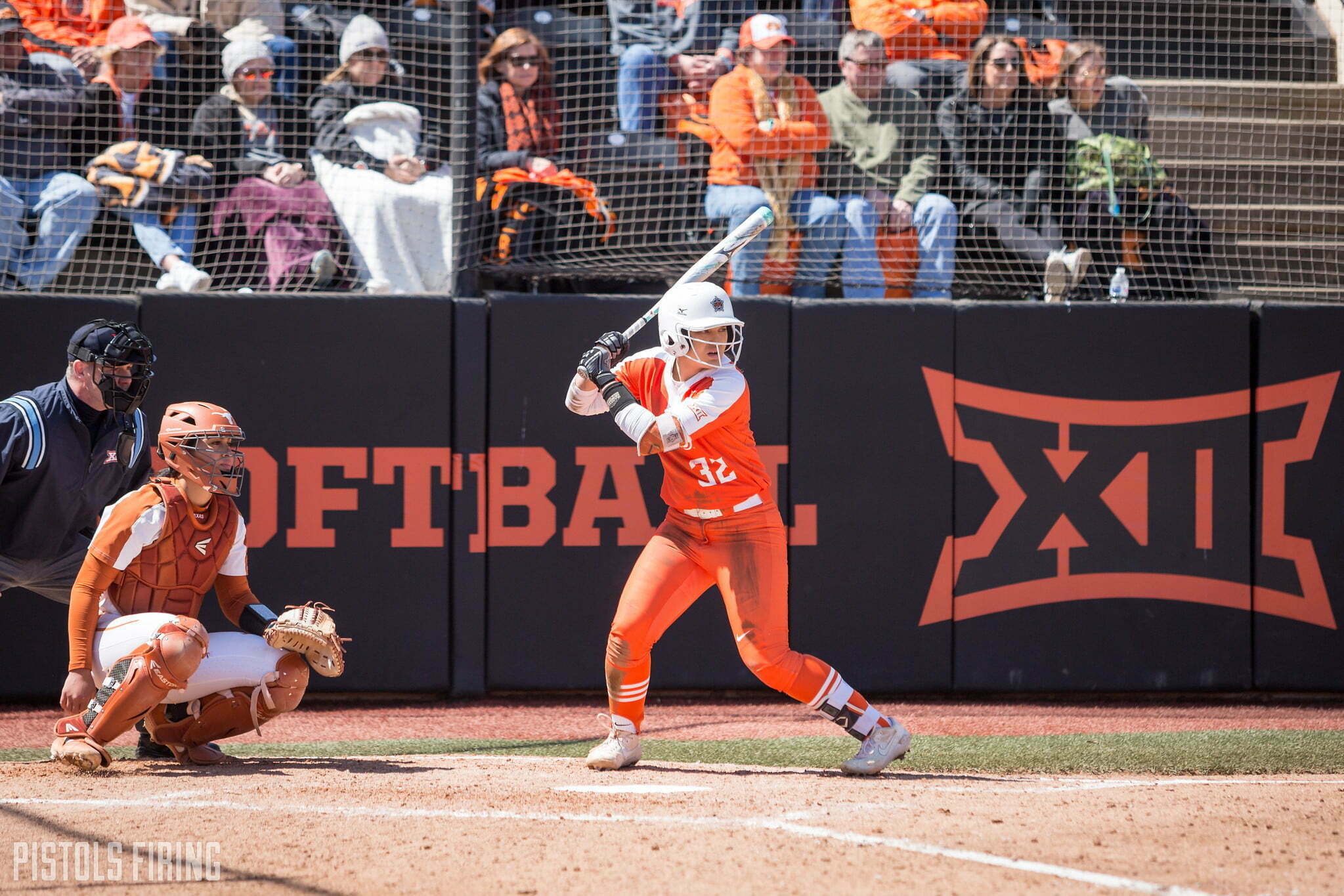 No. 13 Oklahoma State earned its first win of 2020 in historic and dominant fashion with a 21-0 run-ruled throttling of Florida A&M on Saturday in the Tiger Classic.

In its first game of Saturday’s double-header, Cowgirl fans got their first look at redshirt freshman pitcher Kelly Maxwell, and she didn’t disappoint.

Maxwell recorded just the seventh perfect game in program history, retiring all 15 Florida A&M batters and striking out five. She is the only Big 12 pitcher to record a perfect game in a collegiate debut.

“It was really awesome to watch Kelly’s first outing as a collegiate pitcher, throwing a perfect game,” said head coach Kenny Gajewski. “It tells us that our future is very bright with Kelly.”

But the Cowgirls’ bats were just as impressive — and set on making some history of their own. Oklahoma State’s 21 runs tied a program best in the run-ruled affair.

After going up 1-0 in the first with a run scored on error, the Cowgirls scored three in the second. The Cowgirls scored five in the third, fueled by a pair of two-run home runs by Sydney Pennington and Kiley Naomi. Then four more runs came in the fourth. Michaela Richbourg’s grand slam in the top of the fifth was part of an eight-run inning that forced the mercy rule.

“The offense was really good right out of the gate; just scoring runs and had some really good at-bats,” Gajewski said. “The at-bats were just awesome all game. We demonstrated power and grinded out at-bats.”

The second game of the double-header wasn’t quite the offensive explosion. Facing off against fellow Top-15 opponent LSU in Baton Rouge, the Cowgirls mustered just two runs to the Tigers’ three and ended the night 1-1.

OSU dropped its opener on Friday to LSU, 1-0. The Cowgirls finished the Tiger Classic with a 6-2 victory against Florida A&M on Sunday morning.

OSU next heads to Florida to take part in the St. Pete/Clearwater Elite Invitational on Thursday, starting with a double-header against Virginia Tech and South Florida.