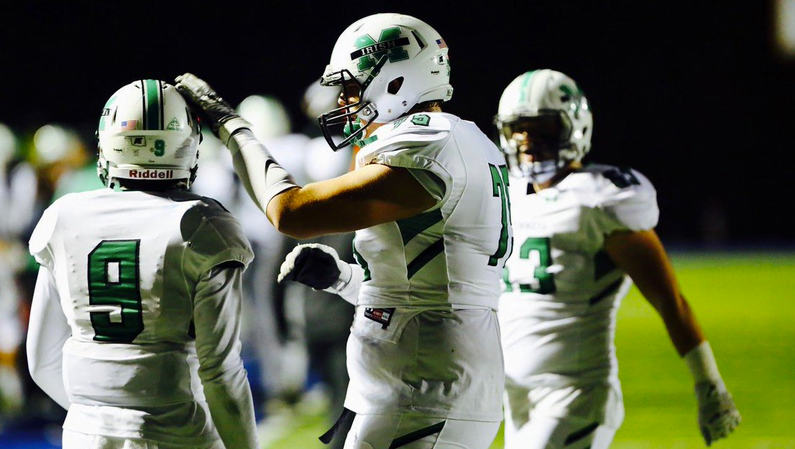 Oklahoma State did not sign a high school offensive lineman in its 2017 recruiting class, which makes that position a top priority in the 2018 class. Mike Gundy brought back Josh Henson to coach the offensive line, and he’s already secured one commitment from in-state offensive tackle Hunter Anthony. Henson isn’t done fishing locally, either. The first-year line coach also extended an offer to Bishop McGuiness (OKC) offensive lineman last week. A prospect with a dozen Division I offers, Condon is widely considered one of the best talents in the state.

“[Oklahoma State] is going to be one of the top [schools] until I end up committing to a school,” Condon told Pistols Firing after his offer. “It’s close, it’s a great program, and Coach Henson is awesome. I just haven’t taken enough visits yet to know for sure where I want to be [for the next four years]. I only want to commit once so I want to make sure I’m making the right decision. That’s why I’m not jumping to commit anywhere just yet.”

That’s music to OSU fans ears. Former offensive line coach Greg Adkins had a knack for reeling in top local talent, but late-cycle decommitments and an inability to fend off suitors might ultimately have been what sent him packing. Head coach Mike Gundy clearly identified Henson as an elite recruiter, and Condon’s interest in OSU is largely based on his connection with him.

“Coach Henson said he thinks I’m the whole package,” said Condon. “I’m intelligent, I have great length, I can move my feet very well, and I’m a great kid.”

No decision yet for Condon, who picked up the offer from Henson late in the week. Among the contenders in his recruitment (who have already extended scholarship offers) include Arkansas, Iowa State, Kansas, Vanderbilt, SMU and Texas Tech. So even with the close tie with Henson, who helped recruit Condon last year while he was an assistant, he’s going to take his time.

Condon is soon to be a senior and as such, he’s allotted five official visits to the schools of his liking — visits paid for by the school. So while Condon has made a trip or two to Stillwater on an unofficial basis, my suspicion is that he will see what schools have to offer, enjoy the process, and narrow his list of ever-growing suitors sometime in the fall.