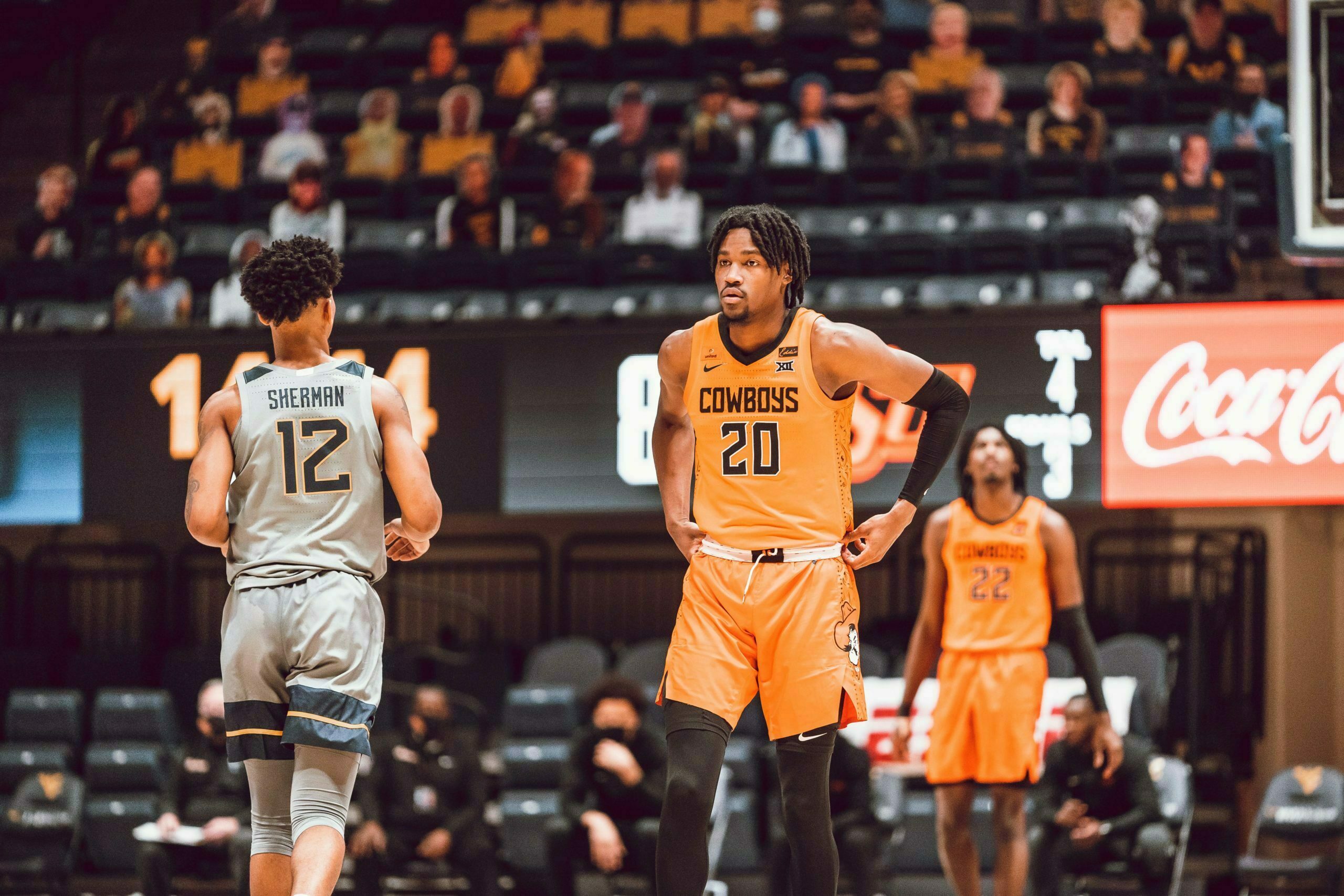 Keylan Boone’s 3-pointer against Texas Tech on Feb. 22 was the first basket he had made in a game in 30 days.

Boone played in 13 minutes that night, coming off back-to-back games where he didn’t even get called off Mike Boynton’s bench. It was a big bucket that ended an 8-0 run Tech had at the start of the second half and spurred the Pokes to an overtime victory.

Boone got some shots up in Gallagher-Iba Arena after the game. Boone said he left GIA about 11:30 that night, planning to walk home. It happened to be the same time OSU coach Mike Boynton was leaving. Boynton offered to take Boone home.

“He said something about, when it gets hard, it’s easy for you to just get complacent, just like when success is going on it’s easy to get complacent,” Boone recalled of the conversation he and Boynton had in the car. “You have to get a thin line in the middle of the great days and the bad days. You gotta look for the work in between.”

Boone said this wasn’t the first time Boynton has taken him home, saying Boynton does it “all the time.” Boone said the two were “vibing” and listening to music.

That isn’t something that Boone said he has experienced with a lot of other coaches.

From the start of January until that Texas Tech game, Boone had scored 14 total points in OSU’s 14 total games. Boone played in just nine of those games.

Since that Tech game tipped off, Boone has scored 29 points in five games, including an 11-point outing in Morgantown on Saturday. His confidence got going with that one shot and that one car ride.

“When I first got here,” Boone said, “Coach Mike asked, ‘Do you believe in yourself being here? Do you believe you belong here?’ I said ‘I don’t know.’ I said, ‘You believe in me, so I’m going to figure it out.’

“Now if he asked me that, I’d say, 100 times, ‘Yes.’ And I know he believes in me, and it’s showing. I just got to keep working and believing in his vision.”