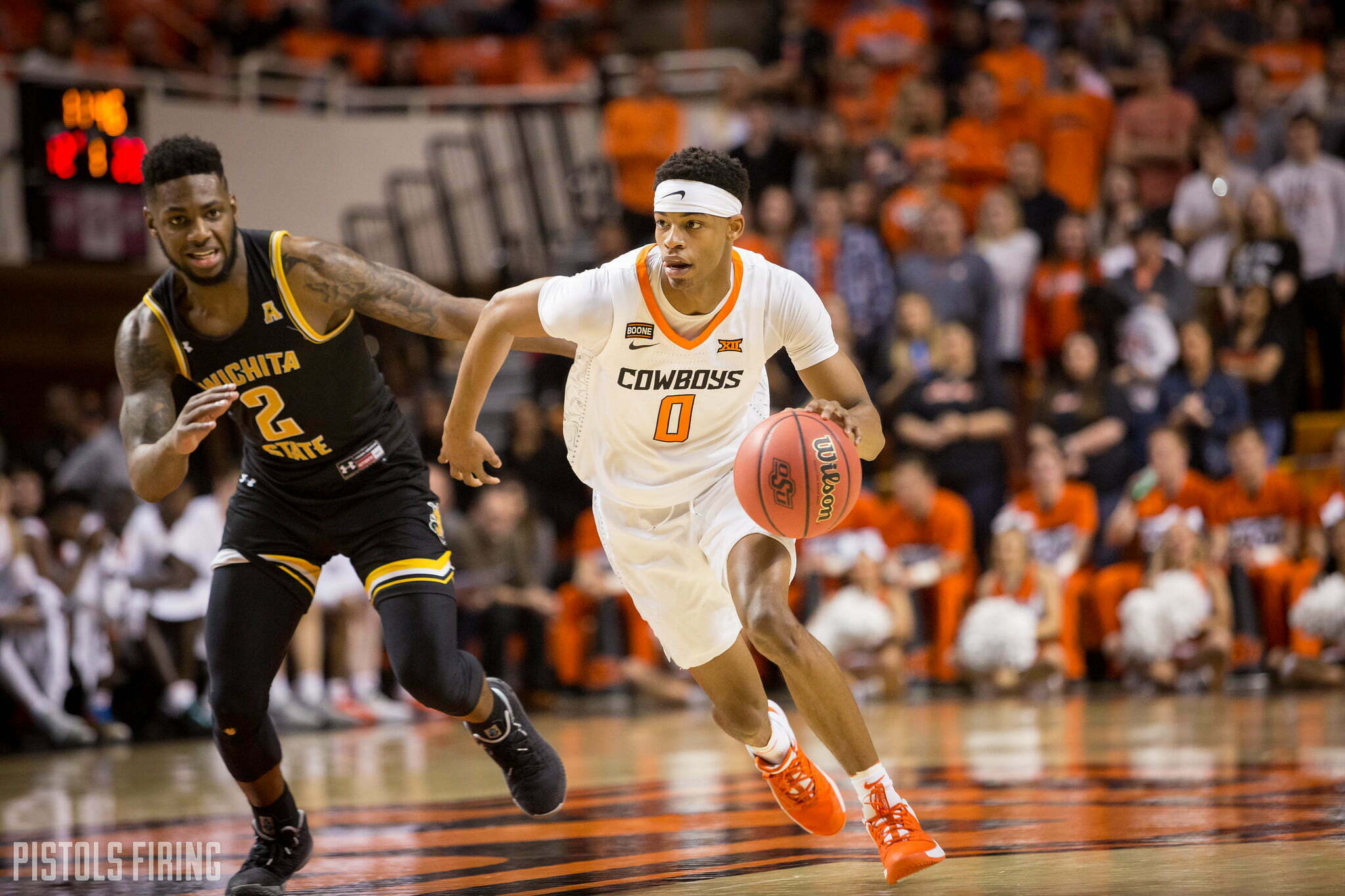 In Mike Boynton’s first year at the helm of Oklahoma State hoops his team was snubbed.

OSU found itself without a dance partner for the NCAA Tournament despite a 19-win regular season and an eight-win run through the toughest league in America.

Since then Boynton has made absolutely certain that a similar scenario wouldn’t play out again, and he’s done so by addressing one of the biggest gripes on OSU’s resume that year — a weak nonconference slate.

Preparing for its Big 12 premiere in Lubbock on Saturday, Oklahoma State boasts the toughest noncon slate by a Cowboy team since 2016-17 and the second-highest rated noncon strength of schedule OSU has recorded in the 2010s, according to TeamRankings.com.

The Cowboys were without starting point guard Isaac Likekele following an 7-0 start and a brief appearance in the Top 25. Without their sophomore floor general they went 1-3, but that was against by far the toughest teams on their schedule to date.

Those four opponents are currently ranked among the top 50 according to KenPom: Houston (26), Minnesota (37), Wichita State (41) and Georgetown (46). OSU’s only win during that span was at Houston.

But those tough tests should help prepare the Cowboys for the upcoming meat grinder that is conference play in the Big 12.

“I just think they’ve done a really good job of taking care of their business in the nonconference,” said Mike Boynton of his team on Thursday. “Save the Minnesota game, I thought we played with great purpose and intent and put ourselves in a position going into league play where we can feel good that, moving forward that won’t be a question about whether we challenged ourselves or if we played well against good competition.

“Now everybody starts 0-0. That’s what I told our team, the team that plays with the most consistency, the ability to move onto the next game no matter how the last one goes, will find itself having more success over the next two and a half months.”

Those scheduled games were solid, sure. But this upcoming stretch against teams that Oklahoma State is obligated to play on a yearly basis, is a murderer’s row. The Big 12 is the No. 2 conference in RPI, and OSU debuts against its reigning champ and last year’s national championship runner-up in Texas Tech, on the road.

Six true freshmen have played meaningful minutes so far for OSU, all of which figure to play at least some role during league play. A pair of them played increased roles in Likekele’s absence including Chris Harris Jr. and Avery Anderson. Dee Mitchell, who played his first game in Lubbock last year, also saw his own minutes increase starting two games in Likekele’s stead.

On Thursday Boynton tried to prepare his inexperienced Cowboys for the hostile environment in United Supermarkets Area by piping in crowd noise during practice. It’s something he has yet to do this season and something that had an effect on some of his rookies.

“Some of them didn’t handle (piped in crowd noise) very well, and that’s OK,” said Boyton. “That’s why you do it today and hopefully have an opportunity tomorrow to come back and watch the film and figure out why, how and what to do to make sure it’s better.

“We try to do everything we can to give our guys an opportunity to see what it’s really like. Obviously there weren’t any people in there, but the noise gives them somewhat of a simulation of what to expect when they go on the road for what we think will be a really competitive game against a reigning conference champion and defending national runner-up.”

Now at near full strength in the New Year, the Cowboys have a chance to make up some of the ground lost in December. It will be a tough task given their upcoming slate, but the Cowboys are anything but untested.