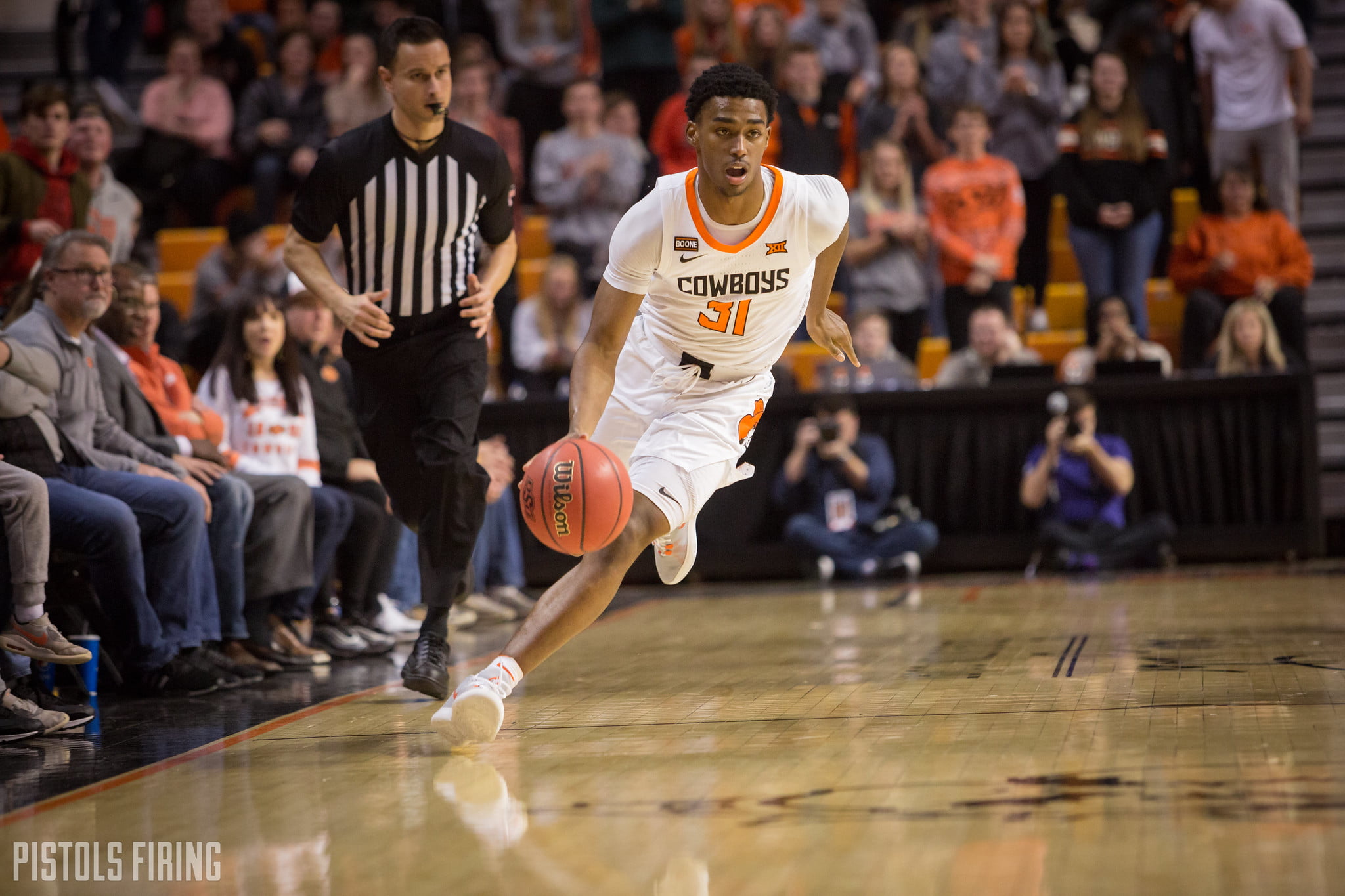 Oklahoma State basketball coach Mike Boynton showed up at Mitchell’s job at Walmart on Sunday to grant him a scholarship. Mitchell, a junior from Jefferson, Texas picked up the gig at Walmart this school year to help pay for his school tuition.

That might be the best walk-on scholarship announcement ever put together. It would’ve been great to have the team there and not in Zoom form, dang COVID.

Because of his job, Mitchell hasn’t gotten to suit up too often this year for the Cowboys. He has played in one game this season, OSU’s win against Oral Roberts.

Mitchell joined the Cowboys after an open tryout during the 2018-19 season. Boynton kept him on the team the following season, where Mitchell played in 19 games. He started in OSU’s victory at Houston last season.

“When he was asked to stay on the team, it was an answer from God,” Mitchell’s mother told PFB in the fall. “He was very excited about it and worked hard and has always worked hard. Basketball, actually all sports, has been Dee’s main thing. He loves basketball. I can remember many times where he would actually sleep with a basketball when he was younger.”

With the difficulties of the pandemic, Mitchell chose to get the job at Walmart this school year to help pay for his tuition. Mitchell said he was prepared for his basketball career to be over, but Boynton wanted to keep him on the roster.

“I couldn’t let the kid, knowing who he is and what he’s about, feel like he was losing out on the opportunity to do what he really loves, which is playing basketball and helping our team,” Boynton said last semester. “I told him, at the moment, ‘Dee, if that’s what you need to do, you go do that. And you have a spot here, whatever day you can make it, whatever time you can be here.’”

Now that spot he has comes with a scholarship.