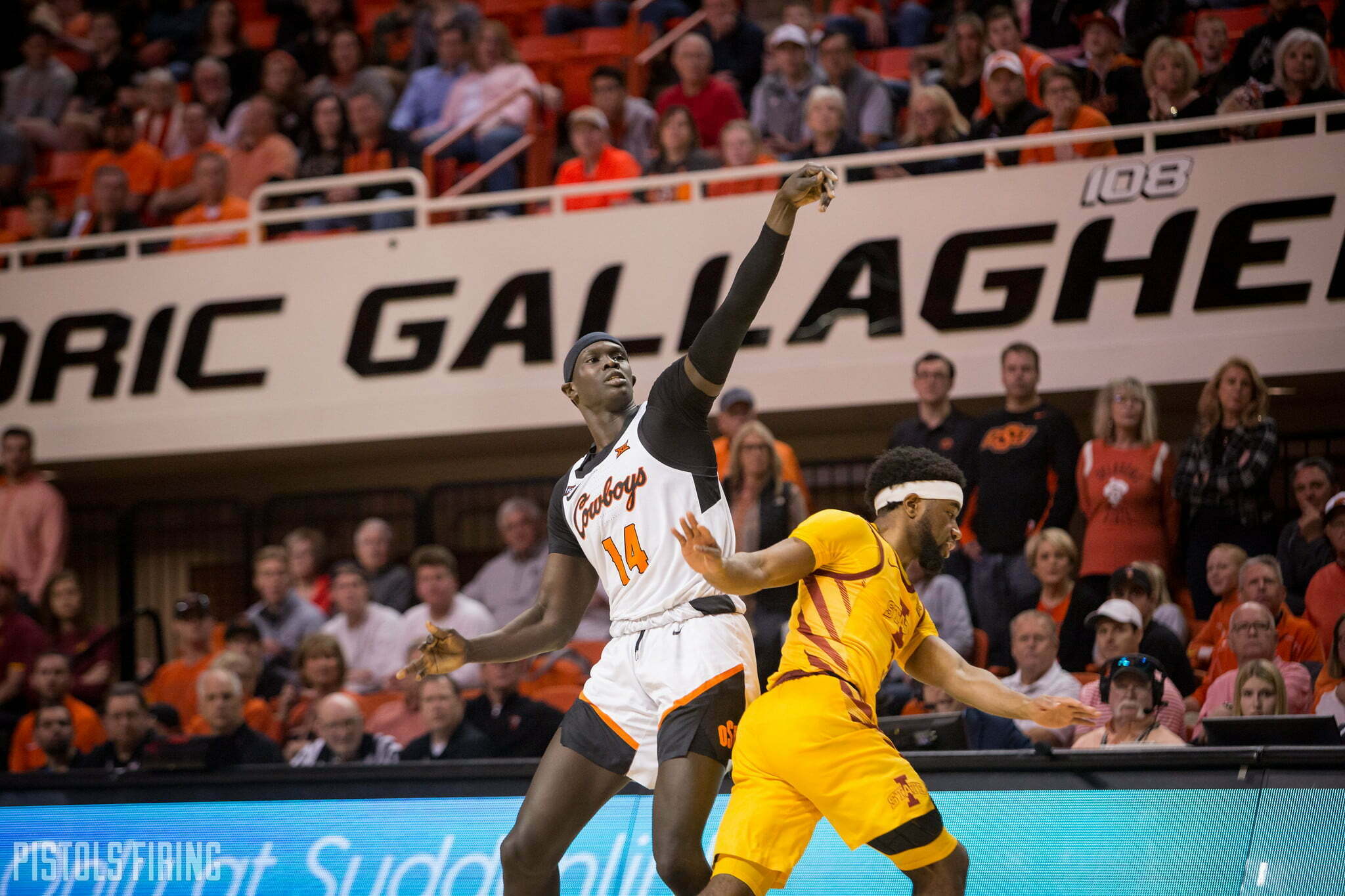 Yor Anei was on pace to demolish the Cowboys’ career blocks record, but it looks as if he’ll finish his career as a Poke outside the program’s top five in the stat.

Anei has decided to transfer away from Oklahoma State following the program’s NCAA sanctions. Anei stuffed 145 shots in two seasons in Stillwater, with the program record being Byron Houston’s 222.

“I won’t go into too many specifics, but I’ll say I was fairly surprised,” OSU coach Mike Boynton said of Anei’s decision to transfer. “But at the end of the day, I wish him the best. He’s a talented kid and has worked really hard to improve.”

That was Boynton’s message in his first media availability since Anei’s announcement. Boynton added that he didn’t want to discuss personal conversations with his players like that.

Anei came to Oklahoma State in the 2018 class as a player who didn’t even have a 247Sports composite score. He chose OSU over offers from Central Arkansas, Denver and UAB. Despite not being a highly touted prospect, Anei made an instant impact on the court.

In two seasons, Anei started 55 games, averaging 7.9 points, 4.8 rebounds and 2.3 blocks a game. He tied the program’s season record of 85 blocks as a freshman, and as a sophomore, OSU was 13-0 in games Anei scored in double figures.

Anei’s decision to transfer makes sense when looking through the frame that it comes when OSU might not get to play postseason basketball in what will be Anei’s junior season, but the decision seems puzzling considering he and Hidde Roessink were the only players to hit the portal. OSU will have a lot of eyes on it in the upcoming season with No. 1 recruit Cade Cunningham not swaying from his commitment to the Cowboys.

“Losing Yor wasn’t ideal, but like always, I want these kids to be both feet in with no reservations about what this program is and can be,” Boynton said. “Whoever doesn’t … I lose very little sleep over those type of decisions. I just kinda peer ahead and look forward to coaching the guys who are committed to what we’re doing and want to be a part of the family that we have here.”