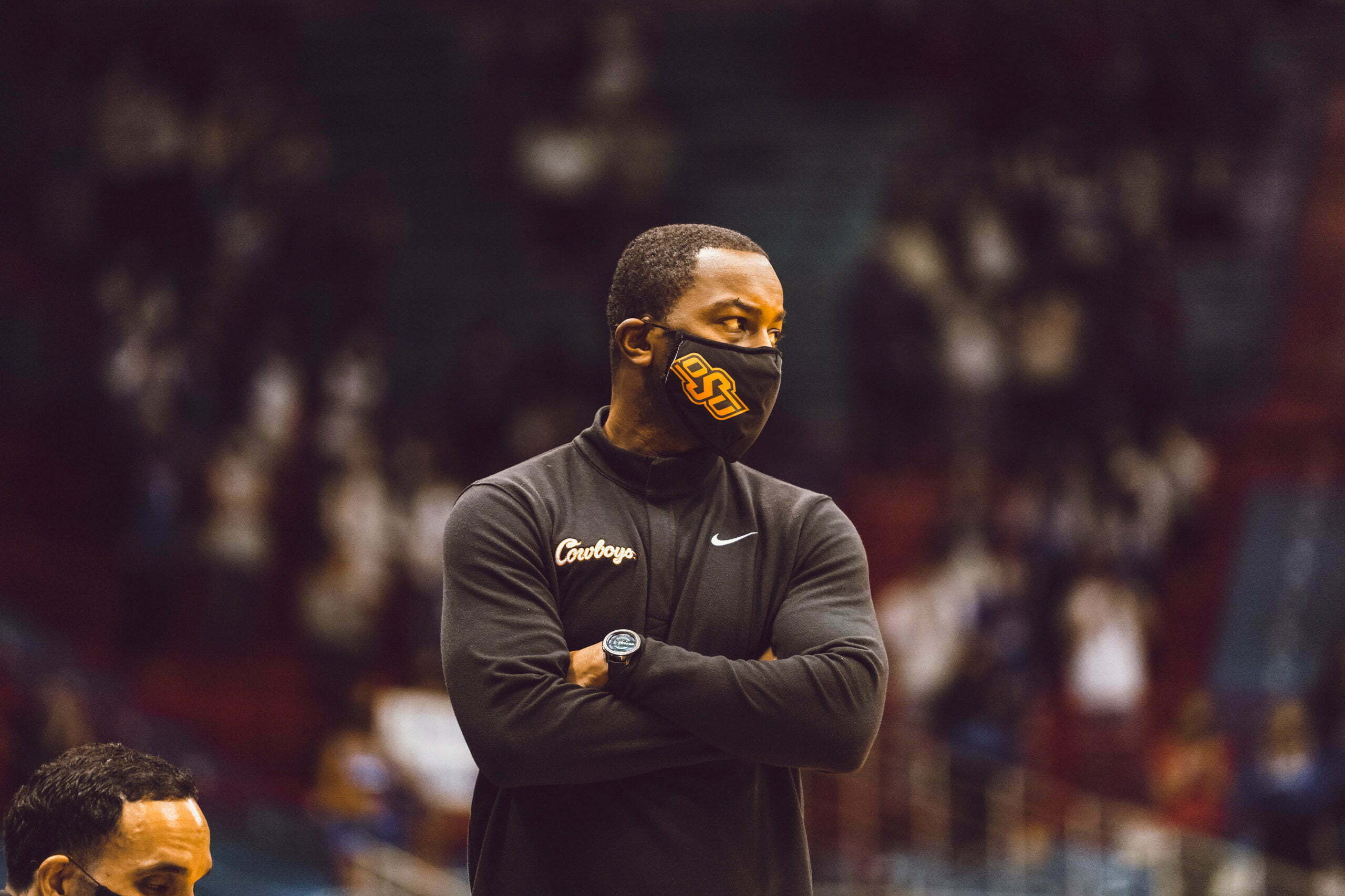 Oklahoma State ended its regular season in the win column thanks to a monster performance from Avery Anderson, four double-digit scorers and its ability to overcome a mountain of troubles against the Mountaineers.

As you might expect, Boynton’s media Zoom conference following OSU’s road win in Morgantown was full of golden nuggets. Here are just a few of them.

Mike Boynton on the strength, and complexity, of the Big 12:

“Part of it is the beauty and challenge of the Big 12,” said Boynton. “I say it all the time. I think it’s what makes the Big 12 the best basketball conference in the country is every game you’re looking across from you and there’s a hall-of-fame coach with really good players who’s been in every situation imaginable, and everybody plays differently.

“So if you’re gonna have success in this league with any level of consistency, you have to be able to adapt. And our kids have been unbelievably adaptable to whatever situation was thrown at us whether it be style of play, foul trouble, injuries, whatever the case may be.”

Boynton on the toll a season takes on you and how tough it is to win games, especially during the Cowboys’ stretch-run gauntlet:

“I gain more and more respect for guys who do this in their 70s by the day,” Boynton said. “So guys like Coach Boeheim and Coach Williams, the hall of famers are still tricking away and winning a bunch of ball games. It’s a lot of fun when you’ve got a group of guys who care about each other.

“Man, winning is hard but it’s certainly enjoyable going on the road and banding together like we did under some, obviously, circumstances [in] which I’m sure people easily willing to take the other team in today’s matchup.”

Boynton expanded on this late finish that included five-straight ranked opponents, with three on the road, and his team’s 4-1 finish:

“I’m just proud of these guys,” said Boynton. “I mean to finish the season the way we did when, again, everybody looked at the reschedule deal and said ‘Man, you guys got a tough draw.’

This was fantastic on adversity, excuses and the cliché’-but-true next-man-up sentiment:

“Well you set a tone in your program of what is acceptable and making excuses isn’t one of those things we allow here,” Boynton said. “If you’re on scholarship here, you’re required to be ready to help us win. That’s part of your responsibility back to our program. “

Boynton on Avery Anderson’s huge game, his big iso shot late and what it means for OSU moving forward post-Cade:

“Avery had it going today, pretty good, and I trust him completely to make a play. I’ve said this before … he might be the best guy that we have at creating a shot.

“Cade’s our best guy and, at the end of the day, Avery understands that at the end of games Cade’s gonna have the ball in his hands, but I don’t feel bad at all. Like today, when we were close, and I knew it was come down to us having to execute, putting the ball in Avery’s hands, knowing that he’s going to be able to get a shot, especially if teams are going to have just one defender guard him.”