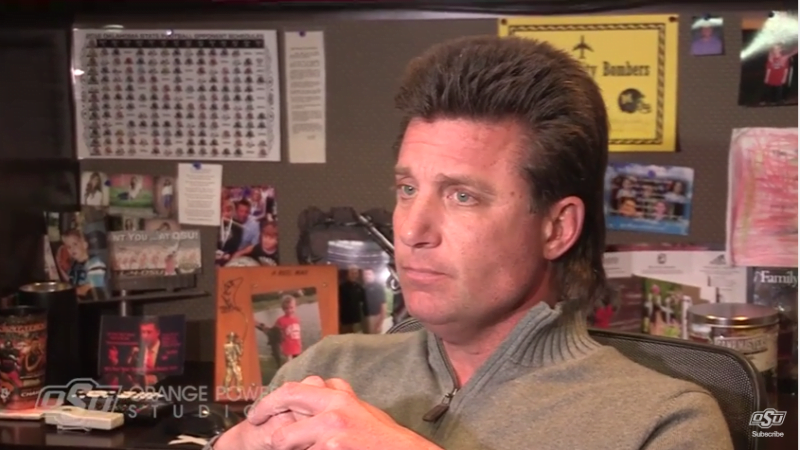 After a whirlwind of rumors that surrounded his coaching future earlier this week, Mike Gundy announced himself as “fully committed to Oklahoma State” during the Alamo Bowl introductory press conference in San Antonio Thursday.

On Friday, members of the local media caught up with the twelfth-year head coach in his office in Stillwater.

Gundy was asked if he ever addressed the situation with the team.

“No, you know that’s interesting. I talked about this a little bit down in San Antonio. They know me really well and they know that if there is ever anything that they need, information, that I’m going to give it to them first. And they have never come to me about any of those situations or things that they hear, just from the relationship that I have with them. So, I don’t really see the need to address it and I don’t think they give it a second thought to be honest with you.”

Whether or not the players gave it a second thought or not, it seems like Gundy will remain in Stillwater for at least the near future. That’s an important message to send as the coaching staff wraps up a big week of recruiting.