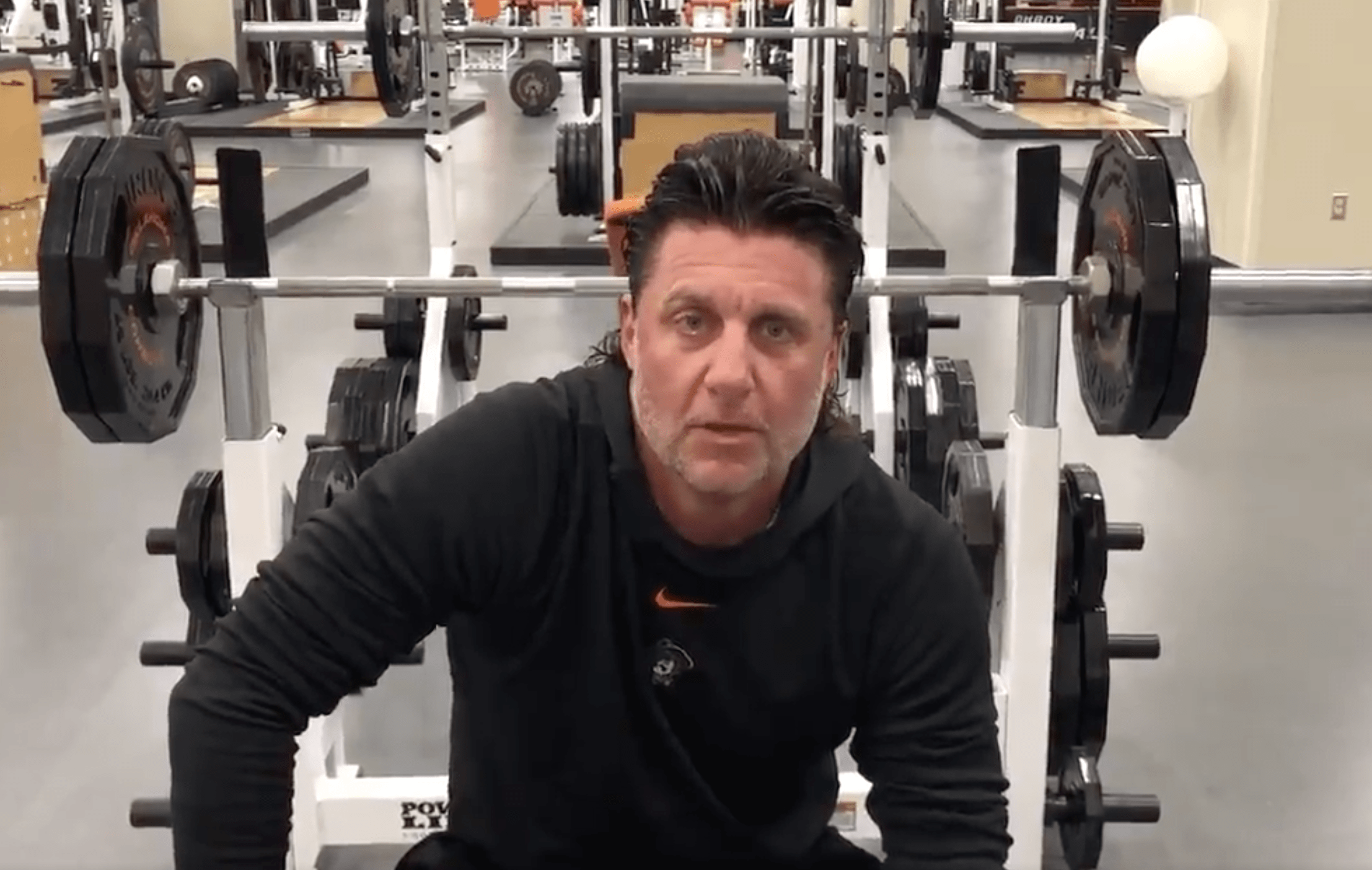 Justice Hill participated in the bench press at the NFL Combine on Thursday in Indianapolis, and he pumped out 21 reps of 225 lbs. That’s exactly 13 more than his former coach at Oklahoma State (who we’ll get to in a second) did.

Hill’s 21 reps ranked in the top 10 of all running backs who participated, although he finished third out of Big 12 players. Alex Barnes put up 34 (which would have ranked second out of the offensive linemen who also benched on Thursday), and Rodney Anderson did 25 of his own. 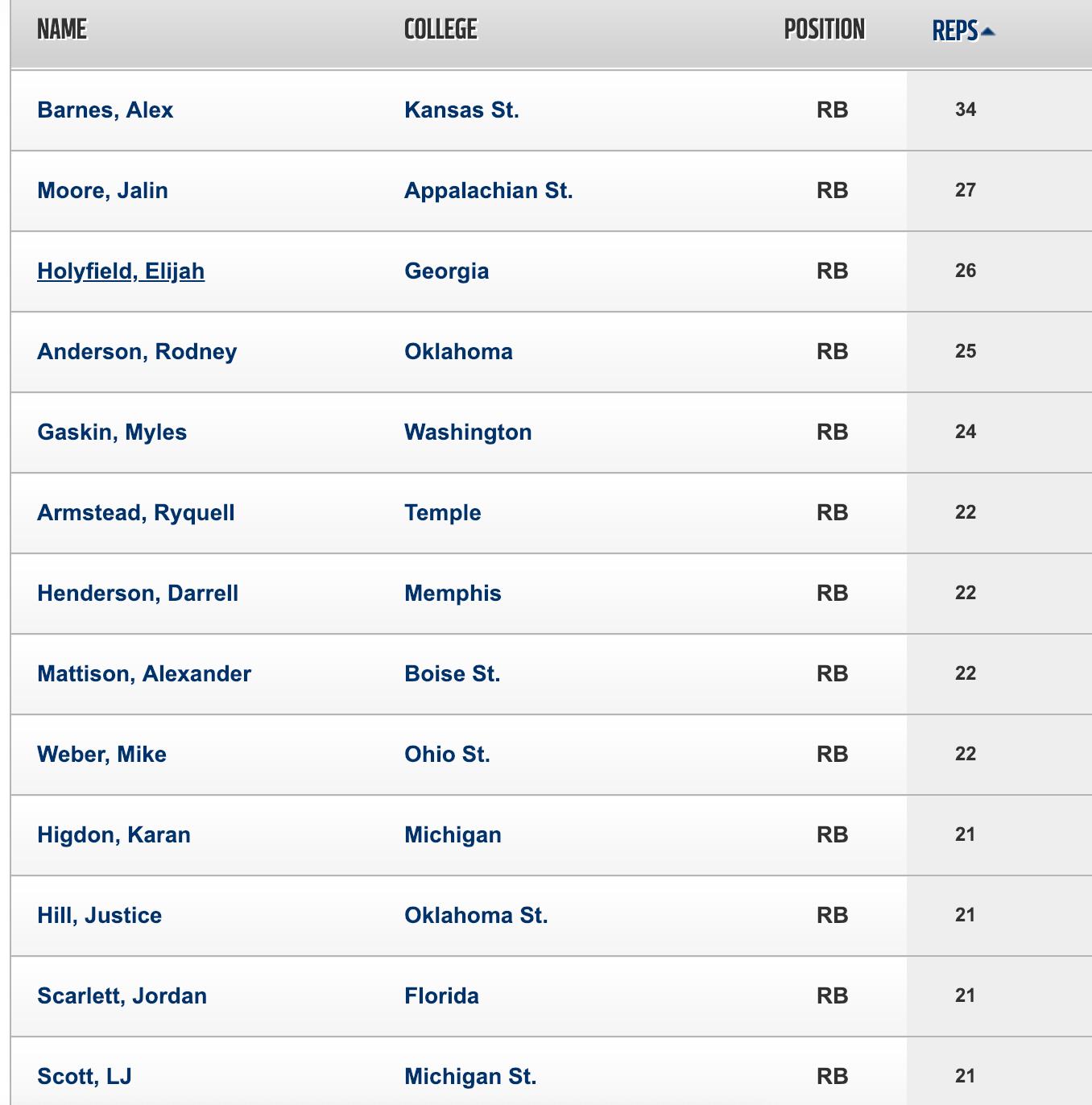 It’s a good number for Hill, although his more impressive numbers will likely come on Friday when he runs what will be a very intriguing 40-yard dash. Oh, and all the ??? on this tweet out of Indy, although I presume at this point that every player talks to pretty much every team. Still, Justice in KC with Patty Mahomes and Tyreek would be pretty sweet.

Oklahoma State RB Justice Hill says he has spoken with the Chiefs and their running backs coach. @KCTV5

Anyway, back to Gundy. He claims he did eight presses of his own with 225 and then wishes Hill and Jordan Brailford best of luck at the Combine.

“Jordan, you and Justice I know you’ll do a lot better,” said Gundy. “Just wanted to wish you good luck. We’re so proud of you guys and what you’ve accomplished. You’ve done so good by Oklahoma State. Here’s wishing you all the luck in the Combine.”

Wishing @jhill21_ and @Jbrailford2 the best of luck at the #NFLCombine. From all the coaches and staff, thank you for all you have done for #okstate. @nflnetwork #GoPokes pic.twitter.com/w3uT34bdep

This on the heels of an interesting quote from Hill that Gundy’s reaction to him leaving maybe wasn’t the greatest interaction he’s ever had.

At least one of his former players isn’t buying the bench press, either.

Lastly, I think Gundy and Berry Melrose are possibly slowly melding into the exact same person. Once Gundy finishes that goatee, the mission will be complete. 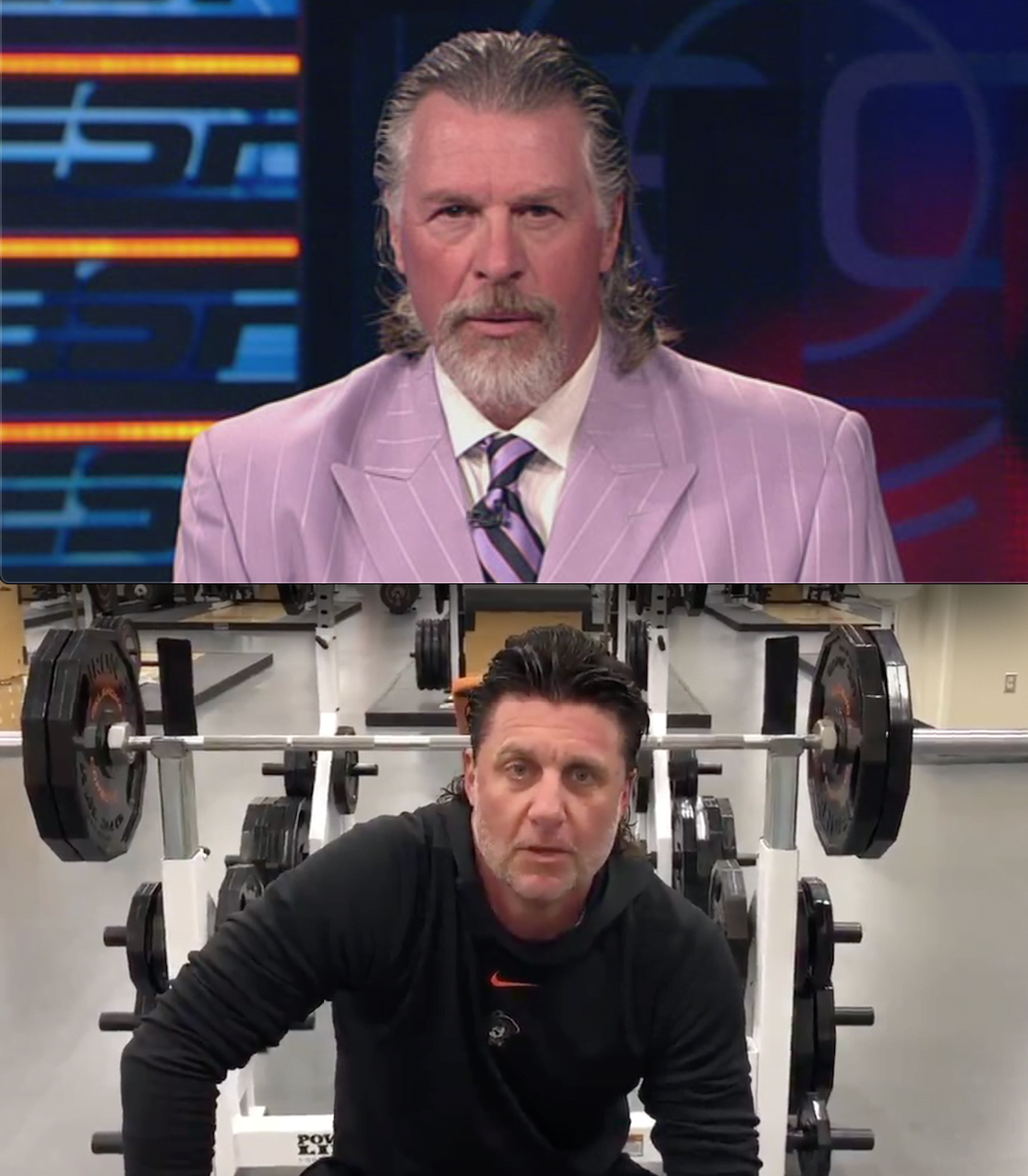