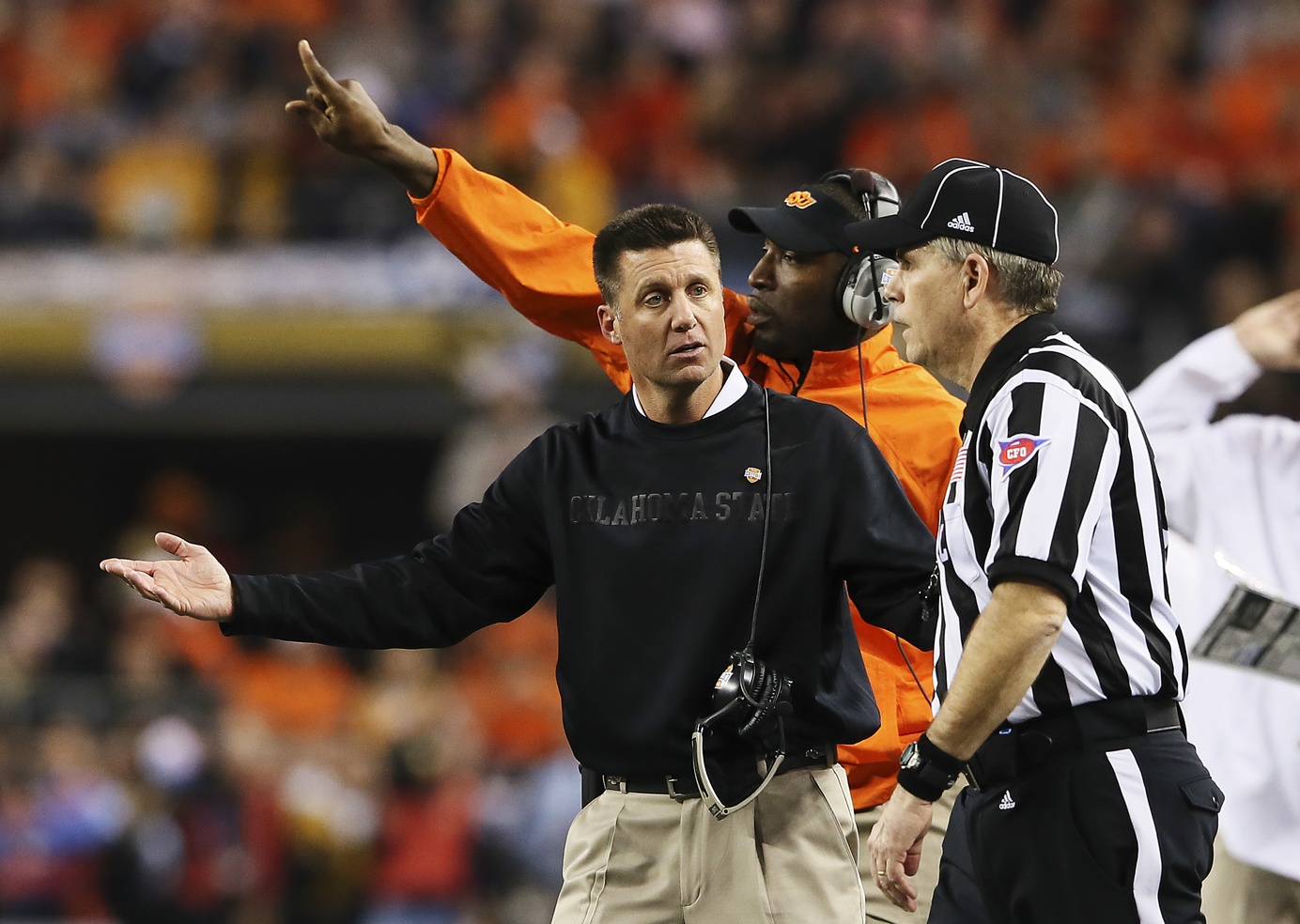 The final AP poll came out on Tuesday and Oklahoma State finished ranked No. 17. I started wondering how this fit in to the average over the course of the Mike Gundy era.

Here are OSU’s nine finishes in the AP poll under Gundy..

So if you give the “not ranked” teams an average ranking of, say 40 (I feel like this is a pretty fair number) you could say Gundy’s average finish is around the No. 25-30 range.

USA Today’s last update had him as the 11th-highest paid coach in the country.

I don’t think he’s overpaid because his last five years of work has been pretty spectacular (and he had a team that nearly won the title in 2011) but the average final ranking of his teams at least makes you take pause.

Also, here’s a look at where OSU was ranked preseason and postseason in the last nine years..

Still, it’s pretty wild to me that for all the hype and fervor surrounding Gundy and his teams, OSU has only had one top 10 team at the end of the year, though four top 20s in six years is pretty legit.

I get that some of this is because it says “Oklahoma State” in black across the uniforms and the SEC hype (et al), but you can’t throw all the blame on that.

Speaking of, how about these AP finishes for OU since Stoops took over..

Incredible. OSU has only finished ahead of OU once in the AP poll (in 2011). Not only can Gundy not beat Bob Stoops but he can’t finish a season ahead of him either even with, at times in the last five years, clearly better squads.

Look, I’ll take No. 17 rankings with 10-3 records ALL DAY (if you want more of my feelings on Gundy running this program, click here. Hint: I think he’s awesome) but I think it’s at least intriguing that Gundy has only produced two top 15 teams and one top 10 team in his tenure.[1. Granted that top 10 team was a top three team and could have been the champs.]