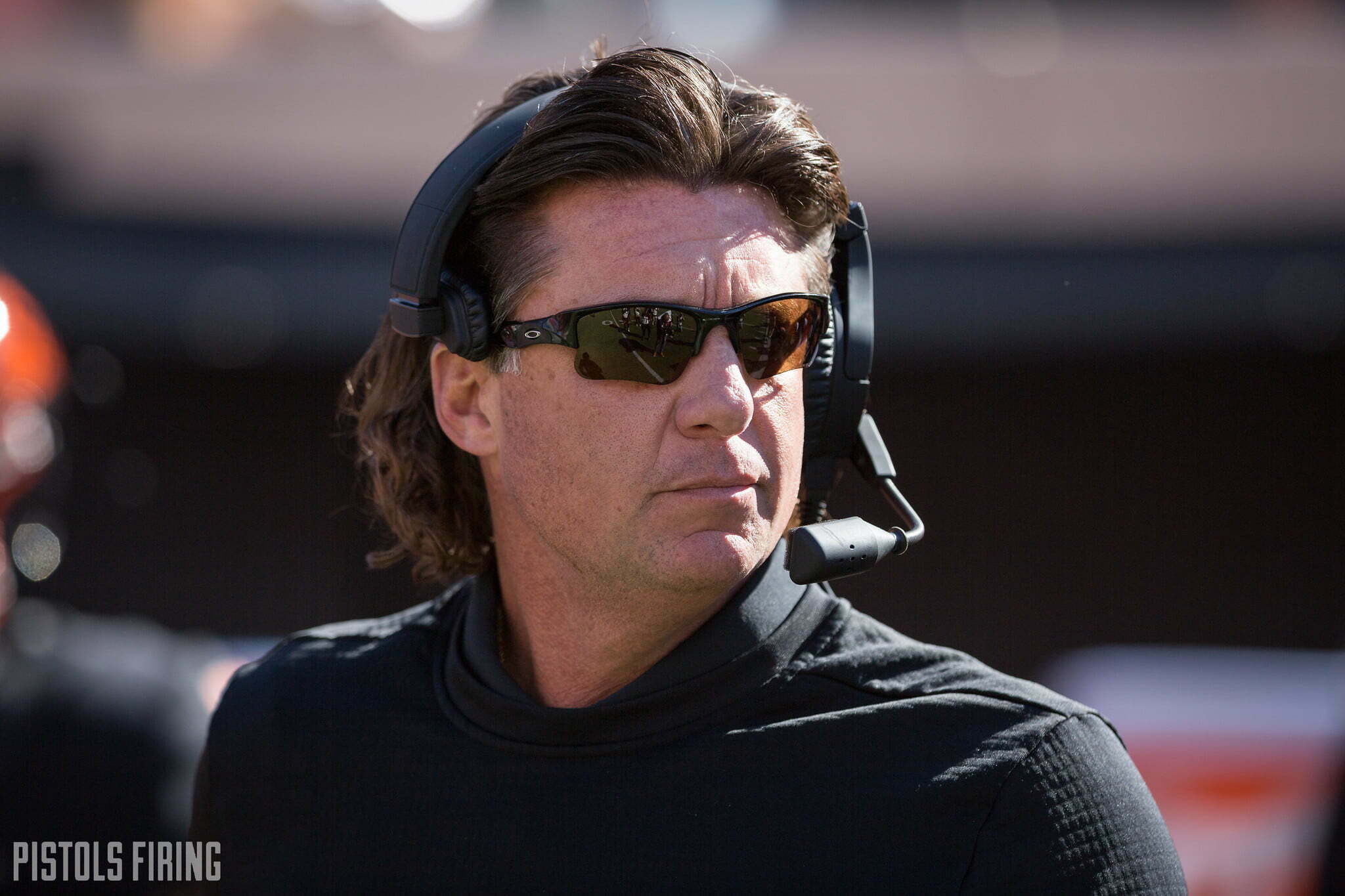 Mike Gundy is a hall of famer.

Oklahoma State’s all-time leader in wins is part of the Oklahoma Sports Hall of Fame’s 2021 class. Gundy is a Midwest City native who played quarterback at Oklahoma State from 1986-89.

He then spent time as an assistant coach in Stillwater before taking over as the Cowboys’ head coach in 2005. Gundy has coached the Cowboys through 204 games, where he is 137-67.

Gundy’s teams have won 10 bowl games, including the Fiesta Bowl in 2011. Gundy was awarded the Paul “Bear” Bryant College Coach of the Year for that 2011 season, where the Pokes finished 12-1 and won the Big 12.

Gundy is the headliner of a six-person class. The other 2021 inductees are:

The 2021 class will be introduced at the Oklahoma Sports Hall of Fame’s first Quarterly Leadership Luncheon. The Hall of Fame’s induction ceremony is scheduled for Aug. 2.