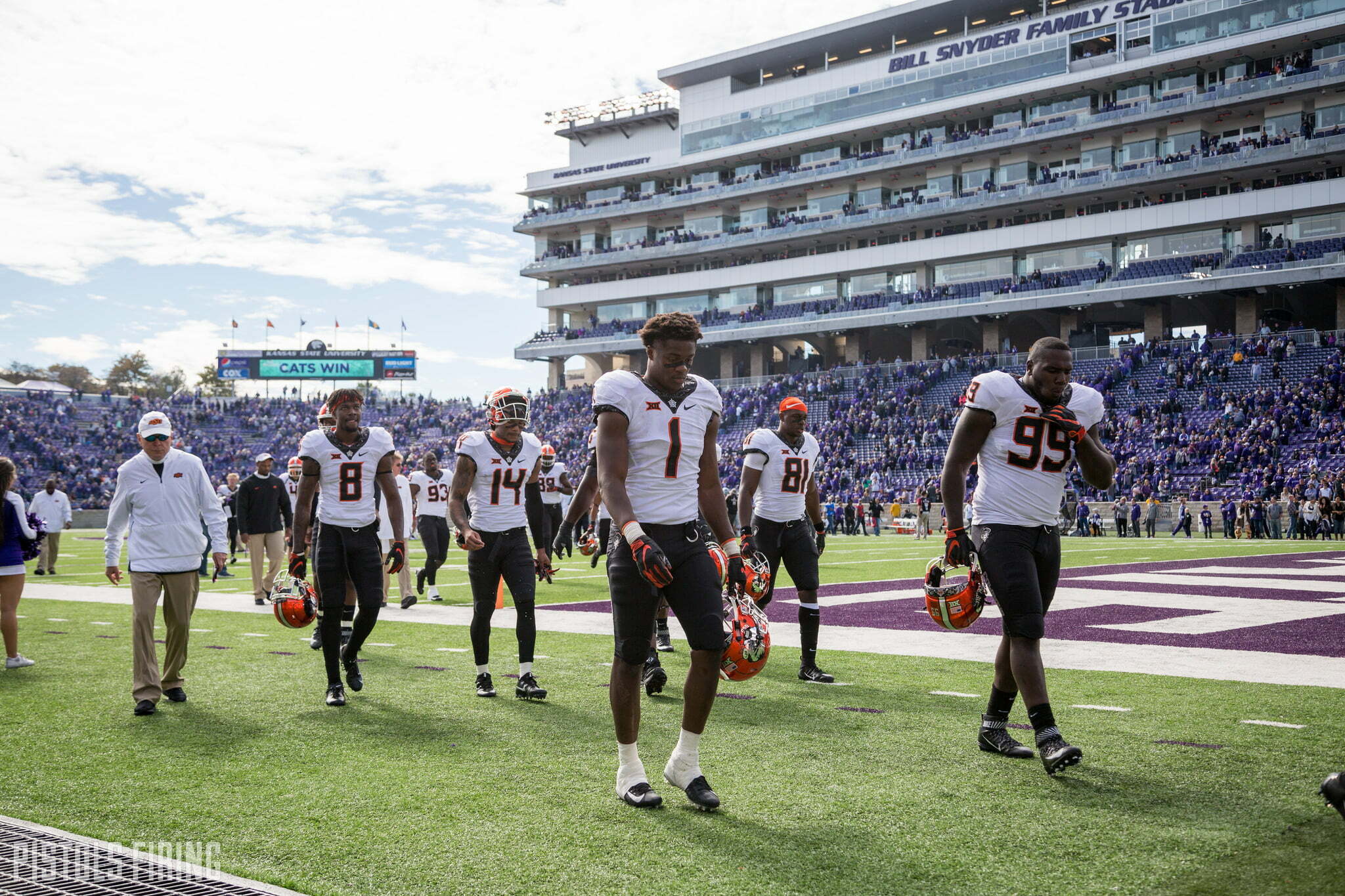 An alternative working title for this post was: “One quote from last Saturday night at TCU that I was not a very big fan of.”

If Mike Gundy has said it once, he has said it 1,000 times. OSU’s football program runs itself. He goes to practice to watch, to notice things. He coaches coaches. He takes the temperature and affects morale.

He is the keeper of the kingdom.

And that kingdom he built had some intruders this year. A lot of them. Some more bizarre than others. A loss to TCU last week following monstrous games against Texas, OU and West Virginia maybe chief among them.

A lack of skill at key positions is an organizational issue (and OSU certainly has those). But a roller coaster ride that saw you match the top three programs in the conference blow for blow but get embarrassed against the weaklings of the conference? That falls on Gundy. I’m a Gundy defender in a lot of things, but this is not one of them.

You might view this statistic about how OSU is one of two teams in CFB history to beat three top-20 teams but lose to five unranked ones as an improbability or something unique. All it says to me is that Gundy did a bad job of doing his job.

Let’s flip all of this around. What if OSU plays Spencer Sanders this season and loses hard-fought games to Texas, OU and West Virginia but beats Baylor, TCU and Kansas State by 10 points each by being more detailed, playing smarter and developing young players. How much differently would you feel about the offseason?

Look, I get it. That’s not an easy occupation. I think people look at the dollars he makes and laugh at how much money people are paid to coach football. What silliness. That’s the easiest job in the world. Maybe, but the reality here is that running a 200-person (?) organization is about a lot more than coaching football.

I’ve experienced that a little bit around here. (I know people love it when I compare myself to Gundy). I can write blog posts all day long and have an OK website with interesting #takez. But to have a thriving media entity that fully covers an entire university? That requires me stepping outside of what I know how to do really well and do 200 other things that allow that to take place. It’s a juggling act.

One that Gundy has become great at.

The rub here for me again is not going 6-6. I don’t even care about that. The rub is that I’m not sure if I can trust Gundy with a good or great team going forward. History says that I can and should. Recent history tells me I can’t and shouldn’t.

Here’s a stat that tells the story.

That’s a massive issue. That, maybe more than anything, is what I think people are getting at with their Gundy frustration. That’s what happens when your special teams stink and your team lacks focus in any given week. That’s on Gundy.

“We just don’t push through it when things don’t go well early,” said Gundy. “That toughness. We have to develop that as an organization. Get it back where it used to be. We’re just not very tough when things aren’t going well.”

A confession (and maybe an unnecessary aside): I have grappled with the recruiting series Kyle Boone has been doing this week. His work and his writing have been awesome so it’s not that. And I certainly believe in the concept conceptually. But OSU just spent 13 weeks balling with the best teams in the conference even with inferior players and still ended up 6-6.

I don’t even know which box to put that information in. I guess it could be argued that OSU needs better athletes to be more consistent (?) or deeper (?) throughout the year, but you could also make the argument that if they had taken care of business against teams that they were better than that we would be writing about a game in Arlington this week instead of, well, this.

Don’t misunderstand what I’m saying here. This is not a call for Gundy’s job or for anything extreme (other than about 20 spots better in the 247 database). I’m simply pointing out what Gundy has already pointed out. That OSU has to be tougher as an organization and as a team. And that Gundy has to be the one who figures out how to get them there.