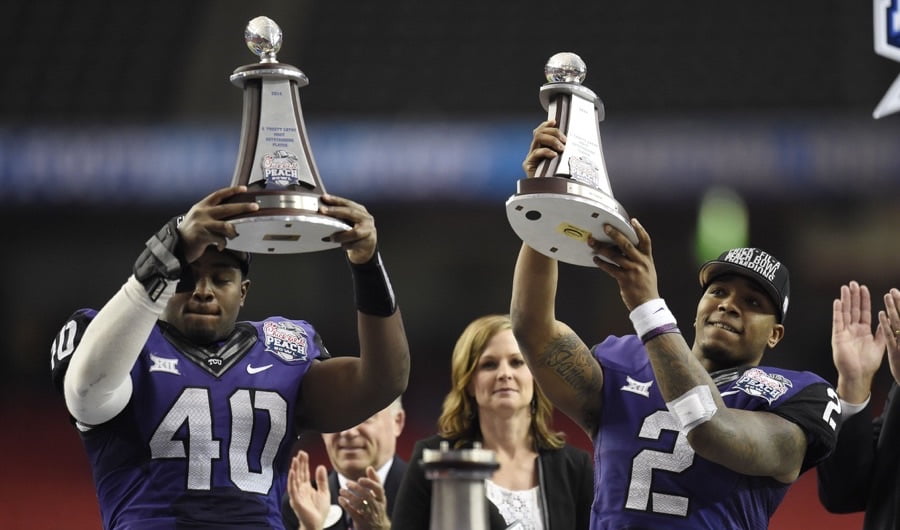 Mike Gundy can be quite humorous when given the opportunity.

Whether that comedy is intentional or unintentional is up for debate but when he’s self-deprecating as he was earlier this week about the college football playoff it comes off as self-aware and hilarious.

As you know Gundy was the only coach in the country to vote TCU No. 1.

This week he told the O’Colly he used to think outliers like himself were “clowns.”

“I noticed, when I looked at it in the paper, it had the ‘1’ in parentheses outside of there. I used to look at the polls forever and I used to think ‘Who is the clown that voted somebody No. 1?’ that was like eighth or ninth in the country.”

Well this year that would be you.

That moment when you realize the clown is you.

There was some justification on Wednesday, however, when the Frogs smoked Ole Miss’ land sharks.

“They certainly played really good, and I think it was good for our conference.”

It’s been about the only good thing for Gundy’s conference so far in bowl season.