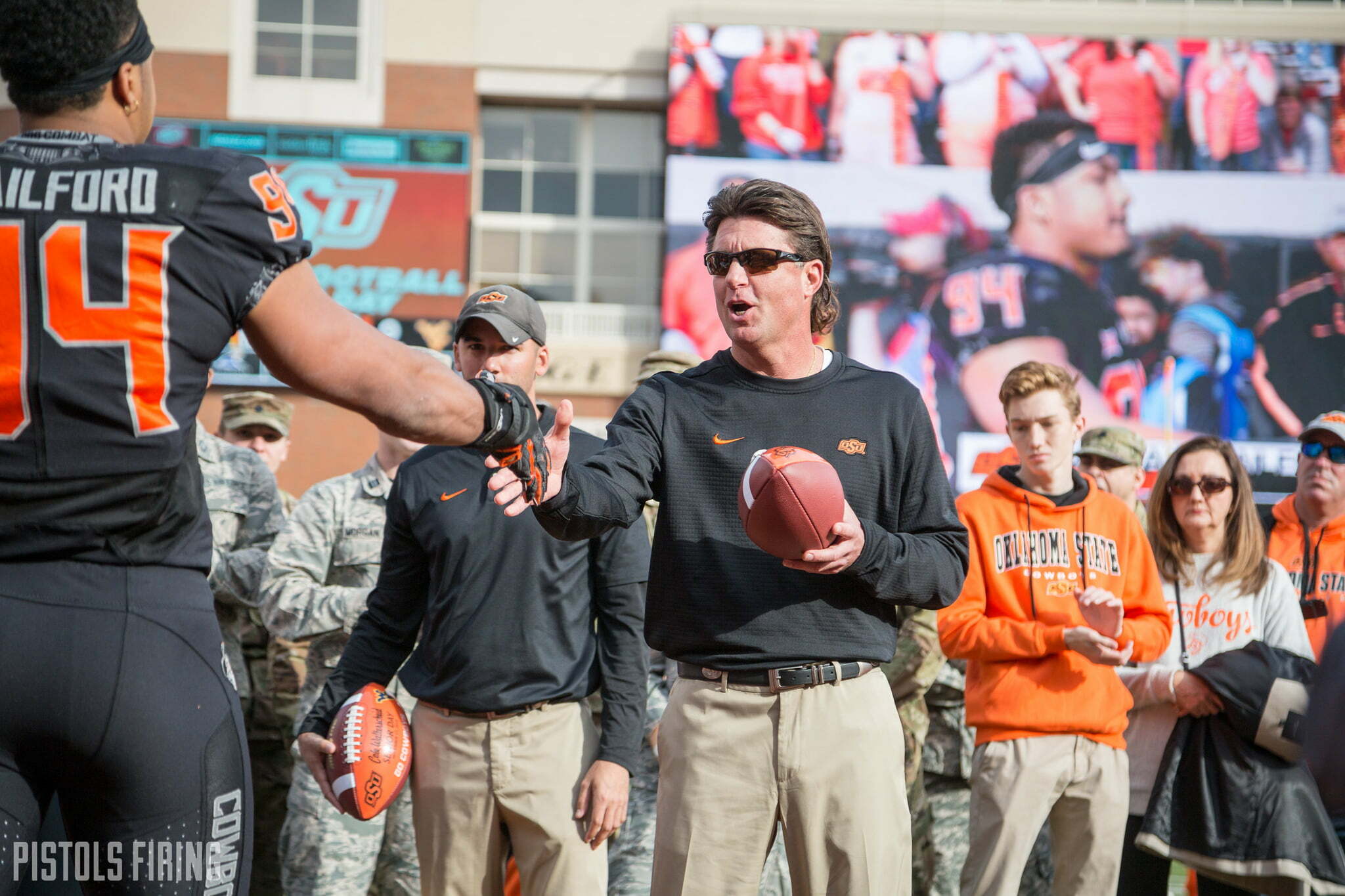 A real headline that I had to write.

Bill Haisten — who I am a very big fan of — wrote in the Tulsa World today about Mike Gundy, how he handled Wednesday’s Class of 2019 announcement with the media and what the future holds.

It certainly wasn’t contentious, but his article openly wondered if Gundy is worn down after so many years of doing the same things. Not just his 14 as a head coach but another decade as an assistant and a playing career before that.

During a lengthy session with media members and their cameras Wednesday, Gundy seemed really worn down. Consider his longevity in a demanding business: Gundy is 51. He has been a college football coach for 29 seasons. He probably would deny it, but is it possible he is contending with the effects of burnout? It can happen to anyone — even to a coach who is paid $5 million a year. [Tulsa World]

Gundy of course responded on everybody’s favorite platform upon which to bitch, Twitter, with (what else) a Si Robertson (of Duck Dynasty fame) GIF.

Haisten isn’t wrong to question something that is a reality for everyone at Gundy’s age who has more money than they can spend. We look at it like, “Why doesn’t Gundy recruit better?” Gundy probably looks at it like, “I make $5 million a year and have a five-year rolling contract, why do I recruit at all?”

That’s obviously not to say that Gundy’s not trying. He is. Maybe harder than ever, maybe not. But certainly the trajectory of recruiting is not improving. OSU’s 2019 class so far is one of the lowest ranked from a per player standpoint than any in the Gundy era.

The most frustrating part? The biggest thorn in OSU’s side is only getting deeper. While Gundy tries to prop up mid-40s classes with anecdotes about Justin Blackmon and James Washington, Lincoln Riley continues to crush. The effects will likely be what they almost always are …

It’s the world we live in … and I’m not sure if it’s going to be changing anytime soon.