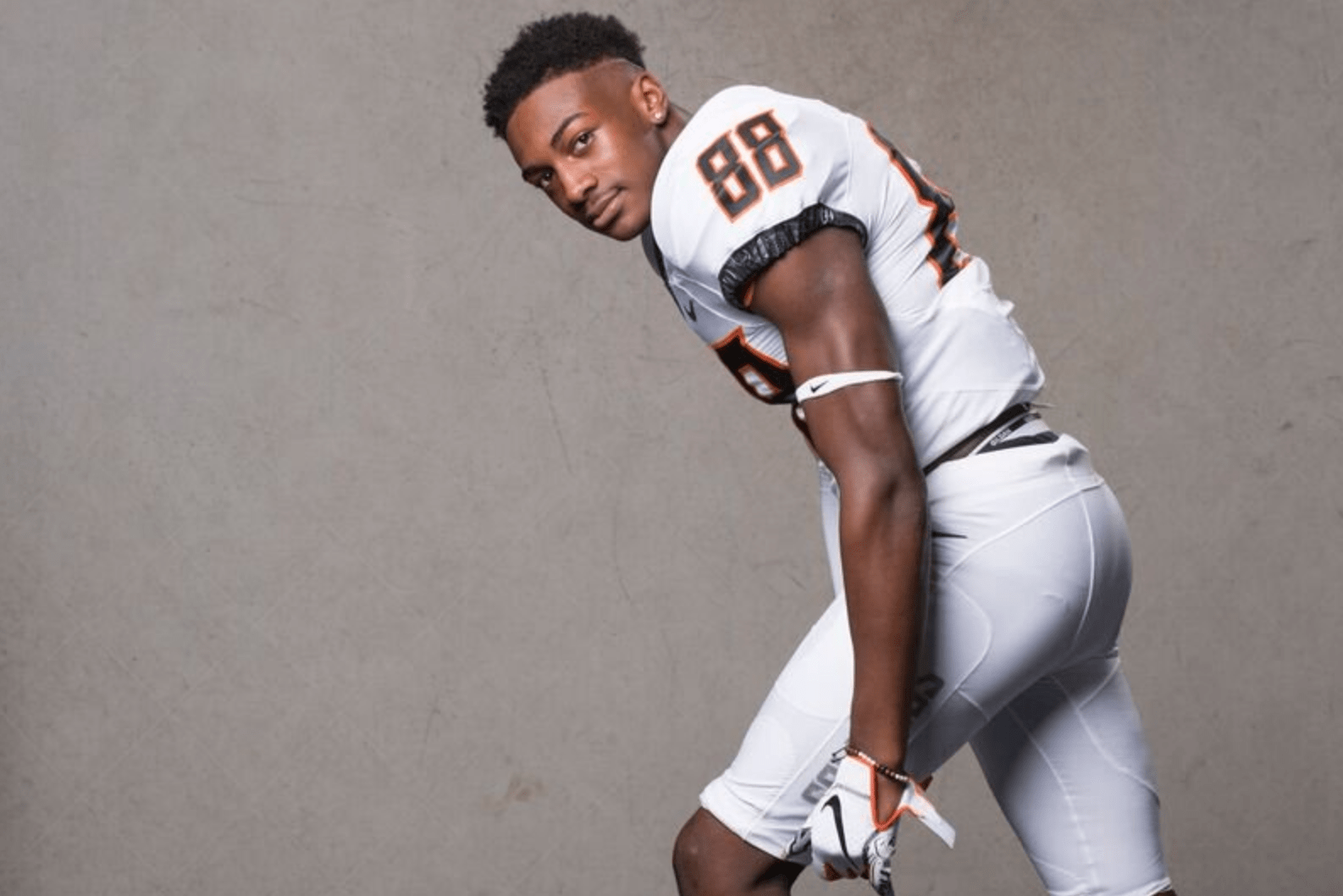 Oklahoma State is no longer lingering around No. 50 in the 247 national rankings for the signing class of 2019. The commitment of Langston Anderson helped it move into the low 40s and within striking distance of Iowa State, which I suppose is a win at this point.

These are interesting times, to be sure. In a year where the other college football team in Oklahoma has never seemed more exciting when it comes to recruiting, OSU has never seemed more static. And yet, they are filling necessary spots like OL. They are landing intriguing skill position guys. They are still in the running for what would be a crown jewel of sorts in Deondrick Glass.

After taking in a full day of NLIs and what Mike Gundy was serving up at his press conference, here are five thoughts I have on the first round of OSU commitments.

Gundy said this on Wednesday, and I agree. The entire construct of National Signing Day has become … boring. Especially so for Oklahoma State (and teams like Oklahoma State). There are myriad reasons for this including:

• Because a lot of players like to have their own social spotlight leading up to this week, and because we are inextricably connected to these players via Twitter, we already know how a lot of this is going to play out.

These are not universal truths, and maybe I’m just old or only OSU’s ink days have become rote, but those were things I noticed as I watched everything play out today.

Oklahoma State has two of them in this class. Two top 500 players in the country. Two! This could change of course, and it could change in an impactful way if Glass decides to do some #GlassByGlass, but as of now this is one of the worst average player classes of the Gundy era (following one of the best!).

The scary part? Four of Gundy’s last five classes have been among the worst from an average player ranking standpoint of his entire tenure. Gulp.

Kyle Boone had him as his most intriguing player in the Class of 2019, and I don’t disagree. My interest is always piqued by guys who haven’t played football very long but have been successful when they finally started. Isuman-Hundley fits the mold.

Isuman-Hundley was playing basketball at a camp in Nigeria when he was encouraged to come to the United States to play for basketball for a small private high school in Florida. While that didn’t work out, after playing basketball for the Team Texas eighth and ninth-grade AAU squads, he wound up at Liberty, where coaches looked at his frame and 4.6 speed in the 40 and saw a football player.

The only problem is the only football he had played is called soccer over here.

“I didn’t know anything about football,” he said. “When I was in Nigeria, that’s not what we called football. At first, they put me at wide receiver, which didn’t work out well.” [USA Today]

Sounds a lot like another defensive end with Nigerian roots who now plays professional football in the city of Cleveland, Ohio!

Growing up in Nigeria, Ogbah played a different kind of football as a youngster, but quickly found a knack for the American game when he was in junior high school.

“In Nigeria, I played a lot of soccer growing up,” Ogbah said. “When I got here, I played basketball, too, before I transitioned to football.

“I started playing football in seventh grade. The reason why I really tried football is because my friends were playing it. I’ve been in sports ever since I was young, so I just decided to give it a shot, and I ended up being really good at it.” [WKYC]

To be clear, if OSU gets half of Ogbah’s production from Isuman-Hundley, that’s a massive win, but he’s the guy it’s easiest to imagine growing into a 6-6, 270-pound monster coming off the edge. /subscribed

Mike Gundy noted on Wednesday that the NCAA needs to amend their rule of only allowing teams to sign 25 players per cycle because, he noted, with players leaving early and transferring OSU is actually losing 29 guys. You can’t make those up in one class, which I agree is silly and should be changed.

But there is a caveat.

The limit is on 25 “initial counters,” which you can think of as players in their first year on an athletic scholarship. But a team can bring in more than 25 enrollees in a given year, in a few circumstances. Most commonly, if an athlete graduates high school early and enrolls for the spring semester, and if the school stayed under a cap of 25 in the previous year, it can assign enrollees to the previous class, up to the 25-man total cap. [SB Nation]

That’s a pretty interesting loophole I didn’t know about. I don’t think it really solves the issue, but it might get OSU closer to the 85 scholarships number than they would have been otherwise.

If there’s a silver lining in all of this it’s that Oklahoma State did well in their own backyard. OK, maybe not well but definitely not horrible. They grabbed Grayson Boomer, Demarco Jones and Trace Ford — three of the top 11 guys in the state, which is two more than OU currently has. Of course Arkansas also grabbed three of the top 12 and Dax Hill is going to Michigan (today anyway). But still, it’s always fun to see OSU beat out OU for kids in their home state.